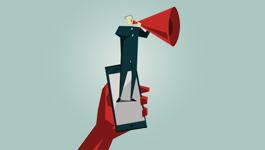 We’re still trying to shake off the effects of the shambolic simulcast last night from Turffontein in South Africa of the first race shown in Hong Kong which was a surreal comedy of errors- wobblyscope camerawork, losing the video halfway through the race, then losing the audio, then completely losing the plot with local co-hosts Edward Sadler and Pat Cummings doing the best they could with what they were receiving- it wasn’t much- to try and make some sense of it all. After a while it all became too much of a train wreck to absorb on a Saturday night.

While Postman Pat huffed and puffed and droned on and on to showcase his horse racing knowledge as if at a job interview, and viewers suffered from whiplash as the simulcast switched rapidly from Turffontein to Newmarket and races on S1 and S2, one word kept going through our heads: Why? Nothing really made sense- the huge discrepancy in odds between Hong Kong and especially South Africa, the extremely difficult to follow two simulcasts almost running into each other, so many different numbers to absorb, so many different voices and tips and selections coming from all directions, and to many we know, a complete waste of time and money.

What we saw last night made the coverage of Wednesday night’s racing at Shatin look like “Ben Hur”.

Frankly, there was more than a hint of The Attack Of The Martian Tomatoes and The Invasion Of The Flying Body Snatchers about this all-weather meeting where horses came from impossible positions to devour anything that was leading and desperately trying to hang on for dear life. It wasn’t exactly a level playing field.

We had to wonder out aloud what might have been going through the blue tooth mind of champion trainer and outspoken critic of just about everything to do with Hong Kong racing- trainer Tony Cruz. 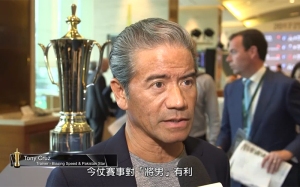 Gotta love the old Putha Man. He’s a law unto himself. And even if he might have lost the plot slightly in recent years, it’s his plot to lose. As HKJC handicapper Nigel Gray commented with a wry smile after the win of Pakistan Star on Champions Day, there are similar character traits between horse and trainer. They’re both quirky and hard to figure out. 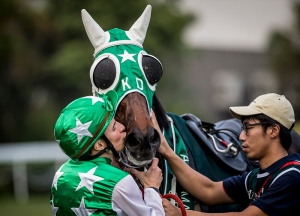 As for Wednesday night’s racing, the look of bewilderment on apprentice Jack Wong’s face when his mount Giddy Giddy was almost home and hosed, only for Karis Teetan aboard Goldie Flanker to come flying down the outside from the tail of the field was priceless. “Heeeere comes the Flanker” from race caller Amigo Blanco was equally priceless. And awaaaaay he went. 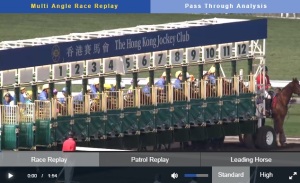 One could have laughed that off as Goldie Flanker was the favourite. Other favourites also saluted by coming off the pace. But the laughter stopped when it came to the last race where everyone and their mynah bird were on $1.70 favourite Elite Boy only to see it not even run a place.

Instead, the rank outsider in the field- All Best Friends- came from the clouds to make the leaders look as if they were standing still. The winning connections looked shell shocked and probably had to be stretchered out of the course as jockey Vincent Ho completed a double that was well over 1000 to 1. He looked shell shocked, too. 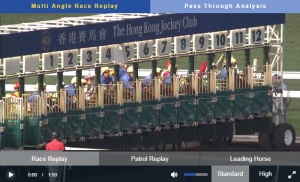 Being a race meeting that was not taken that seriously after the success and Group 1 races on Champions Day and ignored by those like us who have an aversion to all-weather racing, it was a chance to have some Burger Joys home delivery and watch the occasional race without getting involved. 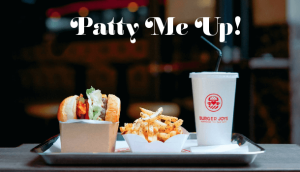 If there was any “involvement”, it was to see how much more the hungry Zac Attack would eat into the six win lead held by the Magic Man at the start of the night. He didn’t.

After his Champagne Sunday performance on Champions Day, the popular Australian was doing the best he could with what he had to work from and which wasn’t much. It paved the way for Joao Moreira to ride a double including his hundredth winner of the season and now has him eight winners in front. 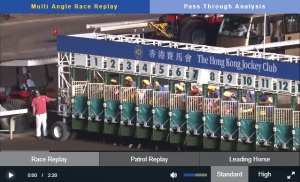 This makes today’s races at Sha Tin probably the most pivotal to the result of the Hong Kong Jockey Premiership. If Moreira maintains this lead or adds to it, it would be more than likely blunt even the most lethal Zac Attack. But if the Zac Attack cuts into the Magic Man’s lead, well the fat lady would have to clear her throat and cool her heels. She’ll need to wait before bursting into song.

Looking at the card, Zac and Joao both have very strong books of rides and with the Joao Zac duopoly quite possible of running three Quinellas. But who knows?

One thing we do know with some certainty is that there’ll be some in the land down under taking more than a cursory glance at the debut performance in Hong Kong of the very good former Bott/Waterhouse trained galloper Montreal. 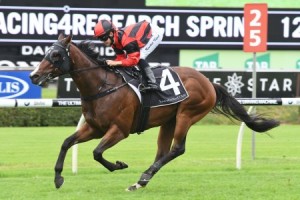 Now racing in Hong Kong in those familiar red and black colours of the Siu family who raced the horse in Australia and bought Lady GaiGai’s Tulloch Lodge property, Montreal is in the stable of Caspar Fownes who’s trained a number of winners for the Sius and is cleaning out his old cupboard of stable stalwarts to make room for new equine blood.

Those we know in Sydney who have a financial interest in Montreal cannot see the exciting galloper being beaten today. But beware the Ides Of March and the uncertainties of May: Montreal races against two other very talented young gallopers in Refined Treasure (5) and Superich (13).

Some may remember the hype surrounding the expensive purchase of that other former Waterhouse galloper named Divine Calling.

Divine Calling won his first race with ridiculous ease before getting the wobbles and going so far backwards that he quietly ended up in Perth where he won at his first start for trainer Fred Kersley before- poof- disappearing forever.

Also having disappeared from the racing pages of the SCMP is veteran Australian racing journalist Alan “Hats” Aitken. 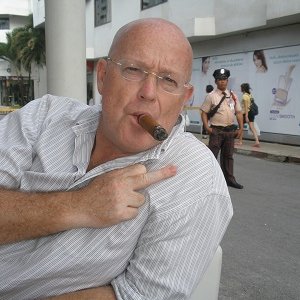 With apparently his old role as Racing Editor going to his former colleague Michael Cox, don’t be surprised to see Aitken appearing on at least one HKJC programme and, we hear, launching his own tipping website and other new business ventures to do with horse racing. 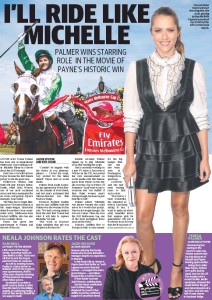 Meanwhile, more and more from Australia’s racing fraternity are becoming involved in some way in some film about Michelle Payne and her history making Melbourne Cup win called “Ride Like A Girl”. 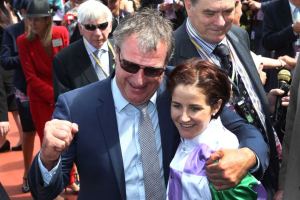 Jockey Bobby Ellissa recently announced that he would be playing the role of Frankie Dettori whereas the publicity shy and entrepreneurial Chris Symons took to Twitter to announce that being involved in the film would mean him not riding for a few months. Guess he’s playing the role of Darren Weir. 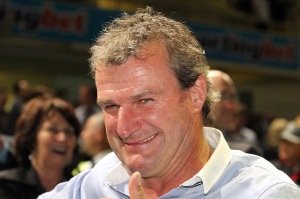 We were slightly taken aback and puzzled to be asked if there might be film distributors in, er, China and this region interested in what some in Oz believe will be blockbuster. Let’s get serious here. Apart from Michelle Payne hardly being a household name in China or Hong Kong or Singapore or India or Dubai or Malaysia or Japan, a movie in English starring actors with no drawing power, surely “Ride Like A Girl” is around two years too late and yesterday’s news?

At least for the China market, a film based around the career of former Hong Kong apprentice Kei Chiong MIGHT have had a chance. Might. History and box office boffo have proven that movies about horse racing are anathema to audiences.

AND THE LOZENGES GOLD MEDALS ALL GO TO… 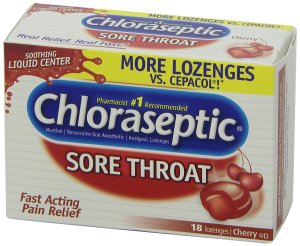 This is what it's all about. An absolute ripper Grand Annual. 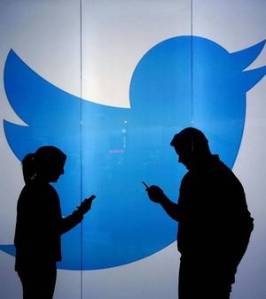 They say that numbers don’t lie. But in this day and age of social media where one’s popularity and “standing” in life is based on the number of followers, views and “likes” one has on Instagram, Facebook and Twitter, priorities have become somewhat fuzzy and common sense has walked out the door. 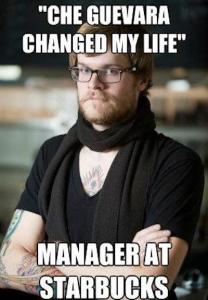 Quite recently, however, with online social media platforms looking like the Titanic, there are those around who can easily decipher the wheat from the chaff and fakery from reality and who taken up the good fight of exposing untruths and even able to name the real names behind pseudonyms and these people’s email addresses. Is all this illegal? Not to them. It’s a game.

We were amused when one of these, well, hobbyist hackers provided us with a list of some pretty well known racing personalities who have bought “popularity”, especially on Twitter and Instagram.

Though most of us have known for some time those craving to be photographed with the “right” people, those saying they are owners of this and that and the other horse when in reality they only own a nanu percentage if that, and those who are in so deep into the bollocks that have to keep up false pretences, possibly the most amusing is the person in racing boasting having almost 22,000 followers on Twitter. Check the followers and there are less than sixty- and with around twenty from the Middle East.

We live in strange times where one simply cannot believe almost everything we read. Whatever happened to saying it like it is?

SURE, HE’LL HAVE A BIT OF THAT!

Rank outsider I'll Have a Bit comes from the clouds to score an epic upset in the Euclase Stakes.

While the race meetings in WA yesterday really struggled with field sizes and were more than a little ho hum affairs , Chris Parnham left home to ride at Morphetville and booted home the John McArdle trained I’ll Have A Bit Of That that came in slightly, but which at one time was 156 to 1. The story gets better- or worse- for some.

With some of the interests of Nature’s Strip in Hong Kong at the moment and the galloper being favourite for the race with Craig Williams aboard despite a rather, well, brain freeze ride at its last start, apparently the horse just couldn’t be beaten. 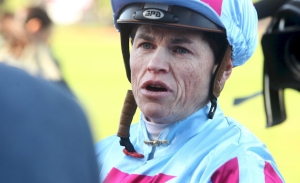 Though the soft spoken “Mr Craggles” rode Nature’s Strip as if his life depended on it, out of the pack came I’ll Have A Bit Of That- tipped and backed by Hong Kong racing’s mysterious Rocket Man.

Meanwhile, if the HKJC and especially Steve Railton, head of the Licensing Committee, might be looking at some new and exciting young riding talent for next season, look no further than Chris Parnham. He’s not just on fire. He’s smoking like an Alicia Keys song. 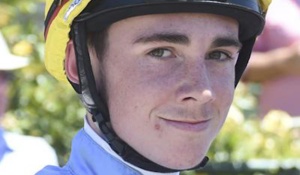 The question is, Would he leave WA? After all, home is where the heart is and Chris Parnham seems to enjoy exactly where he is and playing by his book of life. Gotta respect that.

As for today’s races at Sha Tin, below are the selections of the RB- Racing Buzz- team. May the Force of the Horse be with you. Nanu Nanu.

A Class 5 race with a ratings span of 0 to 40? What are the odds that here’s where one can throw away the form book and expect the unexpected?

Good grief! A race where the Zac Attack doesn’t have a ride!

Box these together. You won’t go wrong.

This should see a repeat of the Joao Zac Quinella Show. One to keep an eye on is Hang’s Decision (8). There was late money for it at Wednesday’s all-bother meeting and Hang’s Decision makes a quick backup which was always the plan. 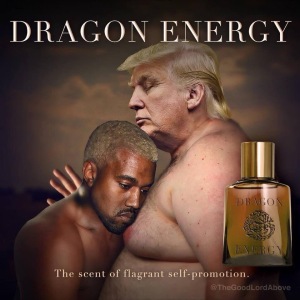