THE MELBOURNE SPRING CARNIVAL: DID IT LOSE ITS FOOTING?

Sure, Speak Softly And Carry A Big Stick. But when there’s a Big Stick to shake, and instead of it being shaken and stirred, it’s waived in a feeble manner, it leaves one scratching their head and thinking, Who’s steering this Titanic and can’t they see the icebergs?

Just how low key, unexciting, pedestrian and lacking in creativity and atmosphere has been the buildup to the running of this year’s Melbourne Cup- and for that matter, increasing the excitement quotient for the entire Melbourne Spring Carnival?

It’s been puzzling and just plain sad how everything has almost been weighed down by a defeatist attitude. The marketing- if one can even call it that- has been an exercise in clichés and unoriginality. If a singer in one of those television singing competition, it wouldn’t have made it past the auditions.

While no one is asking for a repeat performance of the chest pounding, relentless self-promotion and gauche bells and whistles that greeted the arrival of the $10 million Gimmick Race with its slots, Jason Derulo and an onslaught of everything possible to make something out of a 1200 metres sprint that could not attract even one international runner and wasn’t even a Group race come across as being more than it was, here was a huge opportunity for those running racing in Victoria to step up to the plate and hit just one out of the park for the team.

Gawd knows, racing in Victoria needs a home run after over two years of bumbling its way through the Cobalt Blues, too many times caught back-pedalling, supposed drive-by shootings that came and went like some well choreographed diversion, the words “Integrity issues” losing all meaning, leadership musical chairs and, perhaps more importantly, all this resulting in a vote of no confidence amongst those who actually pay to support the sport in the State.

Here was a great opportunity to TRY and help turn things around and return serve to any Keyser Sozes who might have been using the racing media IN Melbourne to try and hijack and pour cold water on the Melbourne Spring Carnival.

Has there been anything approaching The Art Of War and knowing one’s enemy and how to fight fire with fire? Nah, it’s just been more shrinkage and ShaneO getting weak at the knees that Daryl Braithwaite was there for one more rendition of “The Horses” on Cox Plate Day. Lovely song, yes, but surely it’s run its course?

This year’s Melbourne Cup has attracted a record number of international runners, international trainers and riders- marquee value names- participating in the Race That Stops A Nation. This is surely worth a small jig if unable to create a song and dance? But where’s anything?

There’s been the interesting- and surprising- move by owner Lloyd Williams to book Frankie Dettori, who’s having a hugely successful year in Europe, but has never had luck go his way in the Melbourne Cup, for Almandin, one of six runners he has running in the race. Sure, Frankie Dettori and the Melbourne Cup are hardly things that legends are made of, but which is exactly why there should have been an effort to turn a negative into a positive. But just to sit there and do nothing? Well…

Having a rent-a-celebrity strategy seems to have become de rigeur with racing clubs when stuck for an idea. But inviting Paris Jackson as a VIP guest for the Melbourne Cup? Really? The daughter of Michael Jackson and fledgling Instagram model?

What’s the upside? A photo opportunity with some of the riders and local fashionistas? A big name to attract a wider audience? Paris Jackson is a big name? Really? And then what? Her uncle Tito? Vanilla Ice? Who makes these goofy decisions? The Seven Dwarves?

Where those in charge of marketing the Melbourne Cup seem to have gone completely wrong is in talking to themselves and thinking everyone is listening. Uh uh. It doesn’t work that way, people, especially when the image of racing in Victoria has taken such a battering in recent years and there’s then presented a Spring Carnival sorely lacking in the Wow Factor.

Take the record breaking win of Winx out of the Cox Plate when the wonder mare ran in the seventeenth race on an appalling Moonee Valley track and what other headline grabbing news has there been? Craig Williams being spat on? Dwayne Dunn being threatened by a disgruntled punter for losing on Miss Gunpowder? The track bias during Caulfield Cup day that made having a bet an exercise in futility? Horse racing fatigue by jamming so much of nothing into such a short time slot? The drunken aftermath following Derby Day going viral? 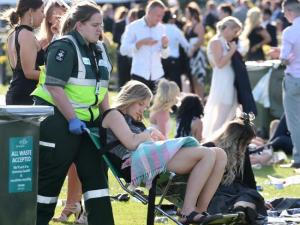 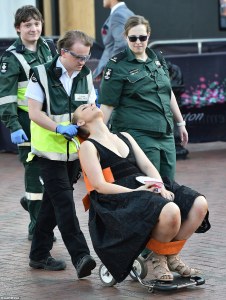 Sorry, but despite some great winning rides by Blake Shinn, Tye Angland, Mark Zahra, Stephen Baster and a few others over the Carnival so far, it’s all been a ho hum affair lacking in balls and confidence- a snooze fest that’s not a great advertisement for next year. What’s really sad is that everything to do with this year’s Spring Carnival could have been so much more. But this was not to be.