What always makes me queasy is when the Racing Twitterverse led by the usual cheerleaders in Hong Kong jump the gun and over-hype horses and, sometimes, new riding talent.

Over the years, we’ve seen it with Matthew Chadwick, the mysterious disappearing act of Divine Calling, which, the last time we looked, was still with Fred Kersley in Perth, Jing Jing Win, Kei Chiong, and the enigmatic Pakistan Star.

Speaking of which, does anyone else out there think that the horse just doesn’t want to race and even if he does that no one will back him? Perhaps recruiting Monty Roberts aka “The Horse Whisperer” might be a last resort?

Returning to hype, the most recent example of it has been jumping on board The Poon Train bandwagon.

Pakistan Star coming out of stall 13, pulls himself up AGAIN! #HKRacing🇭🇰 pic.twitter.com/pN0LpVobDW

Before the racing on Sunday at Shatin, according to the Twitterverse, we were going to see something extra special in first starter Amazing Star. This was to basically be a morning gallop and meant to add some spicy kaka to an otherwise pretty bland meeting until the driving talents of Karis “Lewis” Teetan came around the turn.

This was in the last race where The Mighty Teets extricated himself from a terrible Mr Bean-type traffic jam and made the win of favourite Fifty Fifty all that more remarkable. Sure, the Mauritian Magician copped a two day suspension for that particular drive where a couple of horses were knocked sideways, but Fifty Fifty just might be a horse worth following a hundred percent. Being a five year old that’s been kept on ice for quite a while, get those wins while you can.

As for Amazing Star, not such good news. It finished a lazy third in a small field to an impressive winner in the Ricky Yiu trained Alcari with the Mauritian Magician aboard.

Ricky Yiu can train, which is not to say other local trainers can’t, but both he and Danny Shum, have proven over the years that they can take a progressive type and help realise its potential.

Right now, it’s a mad sprint in front with local trainers to the fore and Frankie FC Lor, one of two newcomers to the local training ranks- and definitely one of the worst jockeys to get on top of a horse during his time in the saddle- having hit the ground running. 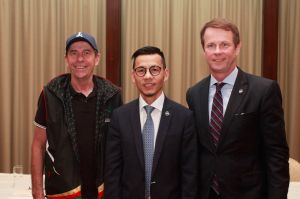 Those years as Assistant Trainer to John Size must have served him well, and this burst of initial success is always what’s needed to attract those owners with horses in the lower grades.

These are insecure little people always needing their egos boosted and advice from nattering friends with daft conspiracy theories and supposed “connections”. And they and their “racing expert” friends like nothing better than success stories and fist pumping and bear hugging those going through a successful run. It’s like a reunion of the Village People.

On the subject of Hong Kong horses, remember Redkirk Warrior- the galloper when ridden at his first start in Hong Kong by Gerald Mosse got the very experienced French horseman a lengthy suspension that all but ended his riding career in Hong Kong? Trained by Chris So, Redkirk Warrior ran over a number of middle distance races, almost always under the odds as we waited to see some sort of magic. Alas, the galloper had varying degrees of success and had more than its share of flops before quietly being shipped back to Australia.

Trained now by David Hayes and his winning machine, Redkirk Warrior is widely regarded as one of the country’s best…sprinters with his best distance being 1200 metres. This coming Saturday, Redkirk Warrior is one of the favourites to win- ta dum- the richest race on turf- The Everest- the $10 million race touted, mainly by its very own Willie Wanka, Charlie, as something close to being The Race Created To Derail The Race That Stops A Nation and turn the Caulfield Guineas into a nickel and dime affair.

Hell, there are so many races coming up in the land Down Under over the next month with money thrown all over the place that Overkill would be selling this buffet of racing short. One still can’t help thinking about Supply and Demand and the costs involved to create all this hocus pocus despite venues the chest pounding about venues being booked out and the presence of the colourful Mr Sham and his extremely diverse Yue Long Group. Welcome to horse racing in Australia and roll out the red carpet for them…

Stuff like this and television commercials produced by the play school down Druitt Street is always just window dressing that’s parlayed into a chest thumping Chumbawamba-type press release. And then? Silence. Wait, I lie: The advent of regular night racing.

WATCH: Our brand new Television Commercial for The @tabcomau ​Everest! Will you be watching? #TheEverest pic.twitter.com/vzoxZ4AyRB

According to today’s Telerag this is the economic benefit of #TheEverest . They couldn’t write anymore bullshit if they tried. pic.twitter.com/W2m6PJ9Eec

What’s always interesting is listening to Matt Stewart of the Herald Sun on the dead people’s racing and sports radio station mumble sweet nothings under his breath whenever the Cox Plate is mentioned and how many horses might turn up to take on Winx. There’s that same measured pause at the mention of the slot machine race of the international Sherpas. International? Really?

Stewart’s cynicism mixed with reality bites is refreshing compared to most of his colleagues who continue to jump up and down like trained chimpanzees and keep insisting that this event where the goalposts have changed more times than Cher has had face lifts is a “good initiative” and “creative”. Boys, boys, easy coming back from Brokeback Mountain.

One thought you were smarter. And perhaps you are: Why bite the hand that rocks the cradle? And very possibly who some of you might be working for in the not so distant future.

So, as a few of us look forward to The Everest Saturday with almost the same anticipation of awaiting the arrival of Kong, there’s Happy Wednesday at Happy Valley racecourse this evening and the second of the Oktoberfest promotions with Joao Moreira on the sidelines sitting out a suspension. The Everest really should have been named KONG.

Anything can win this and probably will.

Give it a miss and have a beer instead with some random fräuleins.

Goes best for the Zac Attack and the only thing that can beat him is the weight. The horse’s weight.

The last race of the night usually has a fly in the ointment that makes the best laid plans come a-cropper. Let’s never forget the very recent wins of Wah May Baby and Pikachu and other big priced winners that have brought an abrupt end to the joie de vivre of the night.

With it being far too early to think if this might happen again and where the surprise will come from, I’ll definitely be including whatever Derek Leung is riding- SUNNY DRAGON (10). It will be at good odds and the way he’s riding these days, only a fool will ignore everything this jockey rides. He gives them all every possible chance. And when they win, they pay. Prost!!!