TAKING THE HIGH ROAD AGAINST THE LOWLANDS OF RACING.COM

Sammy Hyland comes from great Australian racing stock. Father Melbourne Cup winning jockey Pat Hyland is an Australian Racing Hall Of Famer and his marriage to Maree is the stuff of dreams. 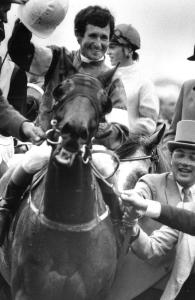 Having said this, like brothers Chris and Matthew, Samuel Hyland is his own man, someone who’s ridden with success, has bounced back from some serious falls and has fought his way to where he is today- a hugely popular racing personality in Australia, someone who his friends- and I am a friend- trust with their lives, and is a great husband and father. 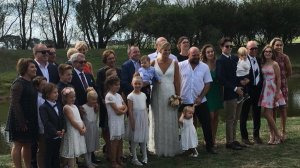 Reading all the support he has received on Twitter following his recent sacking by Racing.com, there was one amongst thousands, which mentioned that his interviews on horseback weren’t good. One. That’s fine and everyone’s entitled to their opinion. But the sacking of Sammy Hyland goes much further than what’s now being drip fed. 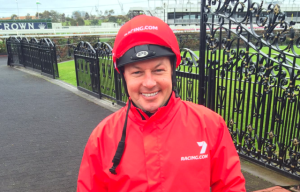 It’s quite similar to the bibs and bobs of news and information from just a few years back about “the cobalt blues”, questions about integrity with fingers aimed in all directions where no one won The Blame Game, stories about drive by shootings that came and went like some choreographed diversion and a bigger cast of characters bigger than those in “The Ten Commandments” and “Cleopatra”. And is there any ending in sight?

This time, however, what’s unraveling is a real life David and Goliath story. The people have arisen aimed with their slingshots. To his credit, instead of making a song and dance about it, Sammy Hyland has only mentioned his sacking and the most recent twist to this story- that the reason for this was that he “didn’t take direction”. That’s all it took for the uprising on social media to take place and make Racing.com as popular as a blind date with Taylor Swift.

When Andrew Catteral, CEO of Racing.com pre-recorded his interview with Michael Felgate for broadcast on the Dead People’s racing and sports radio channel in Melbourne, and cut loose, the sounds of tap dancing were so loud one thought that Fred Astaire and Ginger Rogers were back amongst us. Along with dear departed Louise. 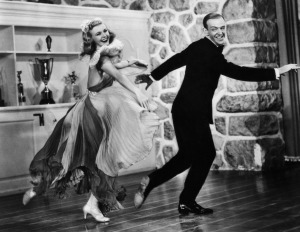 As empty words rained all around listeners, Andy dismissed the sacking of Sammy Hyland having to do with Racing.com galloping off in a different direction- over a cliff?- and for everyone to be good boys and girls and give his replacement Dean Petit, a chance and support. Of course, people will, Andy, without having to be talked down to as if we’re orphans being lectured by Fagin.

The real problem, Andy, is that you, as CEO, made no sense. The tap dancing was going all over the place. The legs might have wobbled when mentioning that Sammy Hyland’s five minute role as The Trackwalker on RSN had an impact on the decision to jock him off his job- a job he’s so good and knowledgeable at doing and where his sheer enthusiasm was always infectious. Really?

This was the moment when Andrew Catteral suddenly sounded like Homer Simpson: Stoopid. What Andy/Homer never mentioned during his blabberfest was that Sammy Hyland “didn’t take direction”.

Meanwhile, MIA while all this was crumbling around the house of cards that’s Racing.com was its head of content ShaneO. From what one understands, the darling boy was holidaying somewhere and, apparently, discovering the joys of diving underwater. Makes sense. The man has to work on his tan for the Spring Carnival. 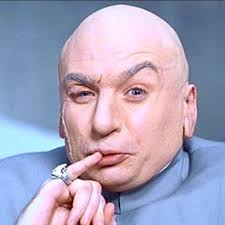 Meanwhile, “Andy Homer” continued to gallop through Dohland until suddenly morphing into Giles Thompson, CEO of Racing Victoria. There was then a lovely but confusing Endless Love moment about turnover being up, revenue being down, Spinning Wheels going round and round, the reason for the added coverage of racing from South Australia, something or another about Channel 7 being very happy with everything and putting up fluffy pillow barriers to keep the enemy from the North running all over them.

Listening to all this corporate piffle created even less confidence in the leadership of Victorian racing. Is that even possible?

Of course, then came Matt Stewart just a few days later apparently blurting out that the real reason for the abrupt adieu and two finger salute to Sammy Hyland had to do with him not being able to “take direction”. Matt, Matt, Matt. And you were the only one a few weeks ago to take on the towering, unchained figure who had come down from the mountain to bamboozle the gullible and declare war against the South.

Unable to take “direction”? Again one has to ask, what the hell does this even mean? That post race interviews need a certain degree of acting? A little pathos? Some suspense? More action? Backward somersaults on horseback while conducting post race interviews? One can only wait with unbridled enthusiasm to see all the newness and showbiz razzmatazz that Dean Petit will bring to the role.

Even more than that, one cannot help but think about that dear boy ShaneO, the roaring silence and the timing of his holiday. If one didn’t know better, words like politics, vindictiveness and jealousy would be swirling around our heads, with these coming up against some very serious legal terms like “unfair dismissal”, and “defamation of character”.

Racing.com, the bastard son of the train wreck that was TVN, and where its very capable CEO Bruce Mann was hobbled before he could even press the Start button, has not exactly been a popular product since its launch.

It has limped along trying to survive by changing direction, making U-turns, promoting mediocrity, playing favourites, and ringing in business decisions that really should make the brand undergo a name change as its transforming into an unrecognisable multi-headed beast.

And in the midst of all this is a David with a carefully aimed slingshot.