DEPRESSION AND WHY THE HORSE RACING INDUSTRY SHOULD BE FIGHTING IT

Sadly, many- too many- who are leaders of the horse racing industry are hardly great role models. Some have allowed their self-serving agendas to create a divisive and dysfunctional industry with the future looking hardly bright while others have paid off to make problems go away. And unlike how what happens in Vegas stays in Vegas, in this online world of “engagement” and “sharing”, news travels fast. If one racing club messes up, every other racing club gets tarred with the same brush and are “guilty” through association.

Add to this those who despite not having any clout to change a thing, decide to opine in 140 words or less about the state of an industry they know nothing about from a business point of view. These quacks and flaccid keyboard warriors are hardly the people to help put Humpty Dumpty back together again. All they do is drag the image of horse racing through the mud thinking they’re saving the sport by revealing its faults. Often these “faults” arise only about talking through one’s pocket. 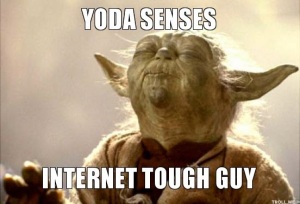 As for others in executive roles in horse racing? Well, to be perfectly frank, many are simply making up the numbers- average talent with poor management and people skills and given titles they don’t deserve. Horse racing is hardly an industry that attracts great talent. But how many times can one keep saying this before singing Vaya Con Dios and going home to the ranchero?

Of course, there are exceptions to the rule, but these are few and far between- focused and strategically minded people who can juggle more than two balls at the same time, know the wants and needs of their customers, understand the business aspects of the sport and have the vision for their racing club’s future.

They also understand that the global horse racing industry needs a much bigger home run than the mighty mare Winx cantering in and winning another race.

Horse racing desperately needs to be liked by many more people- a sport that needs to become part of the much bigger sponsored world of sports entertainment and- very key- recognised and taken seriously by the mainstream media.

Equestrian sports are welcomed in with not a peep from any detractors, but for horse racing, it’s a constant slog to be seen as being anything more than about “the punt”. Here lies a huge image problem. This gambling albatross is hardly inspiring stuff. It’s hardly attractive or a magnet to attract a younger generation of possible regular race goers who have already embraced the often addictive world of e-sports gaming.

How this trend plays out and what governments will do to ensure that this doesn’t become another online genie on the loose will be interesting to see.

Forgetting The Tale Of Two States allowed to continue unabated in the land Down Under, where one side has painted itself into such a corner that it really should wave the white flag and see what can be saved rather than trying to fight a fight that was lost long before it began, the horse racing industry must somehow come together for the sake of its equal and unequal parts.

Of course, this is easier said than done because there are one or two racing jurisdictions that don’t need any help. Help might just get in the way and muddy the waters. Turnover is flourishing, as is attendance. They’ve succeeded where others are still failing to attract a new and younger generation to the races on a regular basis. They really don’t need gate crashers spoiling their party.

That’s one way of looking at it and this is how it’s been looked at simply because there’s no trust. No. One. Trusts. Anyone. There IS an I in teamwork and we all know who that is. He’s a law unto himself, because he’s outsmarted his hapless enemy. Bring it on? Please. Bring what on? Mount Kinabalu? The Himalayas? The Sherpas? And this is where those racing clubs under siege need to come to grips with the fact that they need help. If they need help, they must have something of relevance to offer in return. A begging bowl is not good enough. 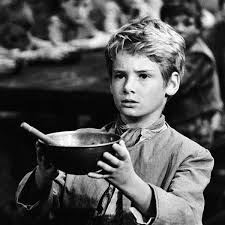 Strategically, commingling should be one major way where all sides win. It comes down to who really wants this to happen, who will market the product and who wants to cut their nose to spite the face. This is for those running racing clubs and marketing the wagering product to make happen.

At the last race meeting of the 2016/17 Hong Kong season, commingling worth HK$183 million was part of the HKJC’s turnover for the day: over HK$1.8 billion. The biggest commingling partner: Great Britain accounting for over HK$116 million. If one wants something badly enough and for the good of their business, they make damn sure it works. Those who don’t? They get left behind to pick up the crumbs. Or are just left behind. Period. But let’s move on…

Right now, horse racing is run- and run over- by many past their Use By Date. They don’t get out much. They’re incapable of making horse racing likeable and not look like an also ran. Can at least some of the sport’s participants make a difference? Maybe.

Like every other industry, many in horse racing are silently suffocating under a blanket of negativity that’s led to depression. 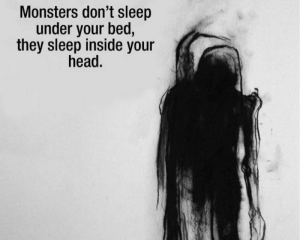 Many of us have lost good friends in horse racing, especially jockeys, to this silent disease at a time when depression was either ignored or not tackled effectively. It was either suppressed by being part of the Prozac Club or put on the back burner. Those running many racing clubs seemed to think the problem would go away. It never did. It’s happening right now. 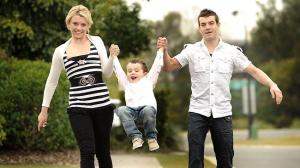 Even when a few leading trainers called time on their careers to outrun the hounds from hell, this was talked about in hushed tones.The racing world seemed happy being comfortably numb.

Today, the suicides of musicians Chris Cornell and, most recently, Chester Bennington from the band Linkin Park has shone a brighter light on depression and what leads to this journey of despair.

As one leading rider and friend mentioned last year, “That’s no light at the end of the tunnel, mate. That’s only a train heading right towards you.”

Here was someone I always thought didn’t have a care in the world and with a brilliant riding career in Australia and financially set for life. Even when he called it quits, there didn’t seem anything wrong. But there was. He needed time away from the relentless pressures of travelling, having to win, take the blows when he lost, and always having to keep wasting and feeling that he wasn’t going anywhere except for being a downhill racer and used until his career had run its course. 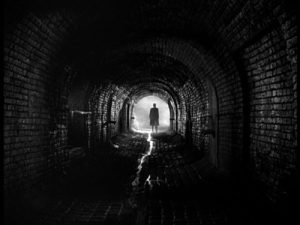 This is where the ENTIRE horse racing should come together to address this problem that will eventually cripple the industry- and is affecting the world. Depression doesn’t discriminate.

For the horse racing industry to tackle depression is not jumping on some bandwagon. It’s about showing the world that this often much maligned sport is tackling this problem headfirst. It’s showing that horse racing has a heart and cares as much about its people- and race goers are people, too- as much as it does about the welfare of horses. That it’s much more than the punt, cheap politics, and blathering idiots on social media trying to be seen as saviours of the sport.

A few days ago, I was given a research study conducted by a major music company and leading university on the effects social media can have in bringing on depression. It stopped this writer in his tracks. I had seen the damage it has done to relationships, seen the dangers of believing second hand news, the effect the Netflix series “Thirteen Reasons Why” has had on fragile minds, and how quickly ‘live’ streaming has become an online “showcase” for those with suicidal tendencies.

After two weeks on Facebook recently, I closed my account. It wasn’t for me as it was quickly taking over my life. I was letting in negativity and feeding the beast with more and more food for the thoughtless. It was an unnecessary distraction. There was a need to celebrate life in the real world.

For horse racing, it’s now time to look beyond the obvious and become partners with the mainstream media- a mainstream media that needs to understand what jockeys have to go through to be jockeys. It’s time to help celebrate positive stories like the comeback of Frankie Dettori. Time to cheer on every success the courageous Jeff Lloyd continues to achieve and the incredible family support system by his side. 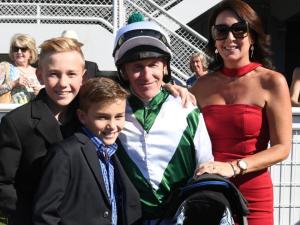 It’s time to support one-time champion Australian apprentice Jason Maskiell, pictured below, as he tries to return to racing after years in the wilderness. It’s time for everyone involved in the sport to make everyone else realise that horse racing is doing its part to rid this world of depression.

When in advertising, this writer made sure that our ad agency did pro bono work for The Samaritans, an organisation always there to offer help despite often being understaffed and under-financed. We know we made a difference. It was our way of giving something back. It was an executive and personal decision.

An initiative like this by even one racing club can help show that horse racing has a conscience and a heart and doesn’t travel down some insular world with blinkers on.

It’s time to make an often misunderstood sport better understood by the mainstream media and the public. In the process, it’s about making horse racing more likeable- and perhaps even liking itself more than it does.