Some have said to just let it slide. Others have jumped up and down, done a little dance, and believed that this line of t-shirts to be the real deal and that Nike has, in some small way, entered the world of horse racing. Please.

Anyone who knows anything about Nike and its commitment to creativity would know that is not an authorised Nike product. It’s utter crap. Hopefully, having its brand equity ripped off will not deter Nike from breathing new life into horse racing through the marketing and sponsorship of the sport.

That is not an authorized Nike product. Please let us know if we can help with anything further.

Gawd knows, Nike’s entire corporate ethos of Just Do It could be the Joao Moreira backstory. It’s been written here enough of times, as, at least to this writer, and who comes from advertising and marketing and knows the brand, Joao Moreira is horse racing’s ONLY superstar with global brand appeal.

He’s a brilliant horseman, he’s enormously charismatic, his heart is in the right place and he’s fought hard to get to where he has. Like Lewis Hamilton is to Formula 1, Joao Moreira is to horse racing. That’s my opinion and I’m sticking to it.

HORSE RACING: IT’S TIME TO LISTEN TO NIKE AND JUST DO IT!

After this, he began pulling out more and more rabbits from his saddle in Hong Kong and rewriting the sport’s history books while winning over Japanese racing fans with his cameo appearances over there, and Group 1 successes, ironically in Hong Kong, with Japanese horses trained by the enigmatic Noriyuki Hori.

Nike and Joao Moreira would make a perfect fit, which could easily dovetail into a relationship with the sporting brand and the HKJC’s Happy Wednesday. After that? Well, after that, how long is a ball of string? But before this, horse racing in even one racing jurisdiction must prove to Nike of its creative capabilities. And this can only happen through an official strategic presentation, where it’s a win-win situation for both sides.

Nike is not some Me, Too brand that brings out wallpaper advertising and random plush toys because someone thinks they’re cute. The marketing and advertising of Nike is always inspiring, emotive, it’s breakthrough, and their billions of marketing dollars only get behind the very best athletes in the world.

The day Nike enters the world of horse racing will be one of the sport’s biggest and most important game changers. It must happen. 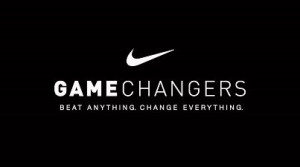