Andy Warhol predicted that in the future, everyone will have their fifteen minutes of fame. Turns out the Future is now.

Not that Katy Perry and Taylor Swift want more fame, but there they were earlier this week with the former promoting her new record whereas Ms Swift, known for her conga line of celebrity boyfriends, and then writing about them when inevitably dumped, was making news that she had made peace with music streaming service Spotify and was releasing all her product through them. In other words, she was hijacking former bestie Katy Perry’s moment.

Of course, brought up again, was their long running feud conducted through song. First came “Bad Blood” by Taylor Swift, apparently aimed at her former bestie for supposedly stealing her background dancers. This week, Katy Perry released her musical reply- “Witness”- and the entertainment media and social media went into overdrive with even an online therapy session where the “Roar” singer broke down saying she was Kate Hudson- her real name- and no longer even knew who Katy Perry was- the reason for her new short haircut etc. And you think you have problems…

This, folks, is where many in horse racing, a cottage industry compared to the music world, extremely short on bona fide global stars, and where racing fans should come together to make the sport greater than the sum of its present individual parts instead of way too often trying to tear anything remotely different or new apart- have ended up being lost, confused and empty souls with no sense of humour, and desperately seeking attention. Who’s your daddy?

And so, armed with their mini Hate armies comprising the usual keyboard warriors, or else going commando, they naively fight an enemy that often isn’t there. They’ve given the two finger salute and left. All this online drama really does nothing for the image and present and future of the sport. It makes it look like a pastime for dolts. It plays straight into the hands of horse racing’s enemies- the anti gambling lobby, the animal welfare groups and those who will never allow it to enter the modern world of sports entertainment so it can grow and prosper. These enemies of horse racing revel watching how its own participants are making the sport look hapless, hopeless, dysfunctional and unappealing.

Who can forget the great “horse lover” who wished that jockey Joao Moreira should have died instead of Rapper Dragon? Think this tweet of hate didn’t travel beyond the world of horse racing? Bad news always travels fast. The tweeter who then defended himself saying he loves horses, but not those who ride them added further hate to the subject.

What about the vile abuse hurled at young Callan Murray, even by a “racing analyst” who positions himself as one of the key voices of Australian racing when the talented South African hoop was trying to find his feet in Melbourne and still to ride a winner?

Think about all those who forgot his thirteen consecutive years as Hong Kong’s Champion Jockey, and Hong Kong’s Diiiiiuuuu Brigade did their best to bring down the great Douglas Whyte when winners for him were thin on the ground a few seasons ago.

The hypocrisy of it all is when these haters change gears and want to be seen as one of The Good Guys. Why? Because without this back-peddalling, their gig’s up and one is finally revealed as being just another loser trying to “big note” everyone, but playing with chump change and having absolutely no power to make one iota of positive difference to anything in horse racing. Drowning in a sea of negativity does nothing for the sport other than shine a fading light on its pock marks.

Instead of the constant handwringing on delivery platforms like Twitter claiming this and that, and play acting at being offended at the most innocuous of things, those who wonder why there’s a roaring silence from racing executives despite their call to arms is that racing clubs are unafraid. Like The Boy Who Cried Wolf, they have not engaged in pointless online warfare and sit back and let the enemy shoot blanks. Keep banging on about the same subject for years on end, and one even loses the 20-30 people in their corner. Who cares? Seriously now? How’s any of this going to improve your life? Why fight someone else’s battles without even knowing the facts from half-truths? 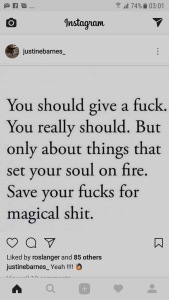 The litany of vitriol by what one racing personality in Australia described as “self righteous flogs” keeps rearing its ugly head, where there exists a gambling culture. It’s not only a gangsta’s paradise, it’s a wide open playground for wagering companies offering a bountiful menu of services to feed the voracious appetites of those hungry for more. And when there’s horse racing almost every day of the year, it becomes one giant mosh pit of online desperados drowning in the quicksands of mediocrity and with way too much time on their hands to actually Get A Life.

There are then those who see themselves as online do-gooders fighting the good fight to ensure that horse racing is kept on the same tedious path with everyone singing their version of Onward Christian Soldiers. Don’t sing their version and you’re wrong. How dare to even try something different?

Most of the time this is sanctimonious, hypocritical bullshit with these Quixotic “crusades” often infiltrated by the usual online suspects who have been blocked and muted for being irrelevant battle axes with no edge.

Desperately needing to get back in, they open up various other accounts, especially on Twitter. One allows them in because they’re old, toothless and useless. To try and remain relevant and be seen as being part of a greater good, they troll the online landscape whenever they see the hint of what they believe to be a new cause célèbre. In actuality, it’s backing misguided Pollyanna thinking by someone who hasn’t done their homework and waging a senseless war. And again, with a support group of around twenty other bottom feeders, it’s all about making much ado about nothing. In the end, they are left to fight an invisible enemy with only selective memory recall for company.

Still, the crusade carries on until there’s no one taking the bait, because it’s all so stupidly childish. Toys are thrown out of cots, but none of this makes any difference. No one with half a brain cares. Do these people full of online aggression have real lives? Do they have a sense of the absurd and “funsense” to get through what is increasingly becoming a world with second rate priorities made up of “likes”, followers and updating profiles?

These angry exchanges of hate and misguided attempts at creating all manner of “fake news” has even caught up with the twittering Orange Julius in the White House. But he has the power, and the money to do as he pleases and sell his thoughts to his army of followers on Twitter.

So while horse racing’s lost lobos crusaders bask in the glory of their fifteen minutes of online fame by thinking they’re righting “despicable” wrongs, and thanking their ragtag and financially bereft support groups, they refuse to see what little they have achieved and what bridges they have detonated along the way.

The truth, the past, the present- they always have a way of eventually catching up- and catching up in the real world where there are no hiding places for intellectual midgets and cyber bullies. Add to this, new online laws coming into place, which could finally bring some law and order through lawsuits that will have many empty nana heads rolling faster than Linda Blair’s head did in “The Exorcist”. And about time.

There’s a time and place for Freedom Of Speech. It’s how Dr Martin Luther King Jr, John and Robert Kennedy, Mahatma Gandhi, Nelson Mandela and others made a difference in the real world. It was and never will be through faceless keyboard warriors and their attempts at cyber bullying and crying foul.

It’s only a matter of time when horse racing will have an independent media led by its own versions of Stephen Colbert, Trevor Noah etc who will have no qualms about naming and shaming these fools. This is only going to see those who did all that handwringing staring at lawsuits they won’t even comprehend.

As for what they brought and bring to horse racing, by ending their dumbed down pettiness, the sport just might have the chance to progress without being weighed down by the slings and arrows of outrageous online stupidity by the usual cyber bullies whose time is very quickly fading to black. 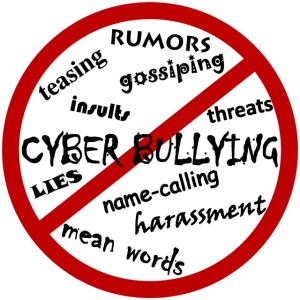