Listening the other day to a discussion on TABradio, Darren McAullay, the excellent race caller in Western Australia, and not one to mince words, was straight to the point: As far as he’s concerned, he’s not exactly a huge fan of social media. He’s no doubt seen its dark side led by the lost tribes of the Twitter trolls. 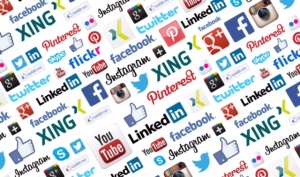 The role of social media is something that has been the subject of many conversations recently, most of it prompted by the oafish tweeting by the Orange Julius in the White House, the acts of evil that has all but torn this world apart, some of it to do with just how much it’s affecting how we choose to live our daily lives, and how it’s crept into all sports, including horse racing. 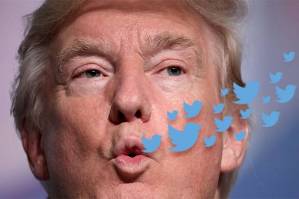 As with anything in life, everything is what one makes out of it. The same can be said about social media- delivery platforms that, at least on the surface, and from a corporate communications point of view, are supposed to bring like-minded people together and help share and impart news and information as one online community.

Of course to those who created these platforms, they’re data driven business models where, like television was, and is barely managing to survive today as viewership dwindles, it’s a ratings game to do with numbers. which can be sold to big businesses for the pinpoint marketing of their products, and, let’s not kid ourselves, various governments- the good, the bad and the ugly.

As for us who provide the content that keep these businesses alive, this becomes interesting. We provide the content, and Facebook, Twitter, Instagram, YouTube etc, say, Thank you very much, and take, very often own it, and make billions from what we provide them. For free. Imagine if there’s one day when consumers go on strike and refuse to post any content. What a thundering message this will send. 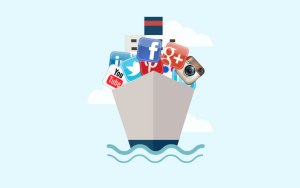 Though the latter is changing and we’re being offered payment of sorts for “services rendered”, it’s not moving fast enough. They’re token gestures to keep the natives from becoming too restless. Add to all this, with online laws being very much on the grey side, “rights issues” continue to be up in the air, something that forced the music industry to completely change its tune, its arrogance, its business model, and has allowed the technology tail to wag the dog. It had to in order to survive.

Also under siege through free streaming services, illegal sites, and the many ways to enter/infiltrate/hack into sites, the television and film industries are dusting off copies of The Art Of War, and trying to understand how to sleep with the enemy and become agents of change. But all this is the job for the big boys in every industry to reinvent their businesses.

As for horse racing, hopefully no racing executive is naive enough to think that all these delivery platforms, cutely described as “social media”, are not affecting the present, and will impact the future of the sport, especially when it comes to attendances on racecourses.

Yes, of course, there is the importance of the easy navigation and content on horse racing websites. But with the advent of ‘live’ streaming now available on every single delivery platform, just as it has changed other sports, this will change horse racing- how it’s presented, how and where it’s watched, the content, where the content providers will come from, sponsorship, and how the horse racing product must be enhanced and evolve. 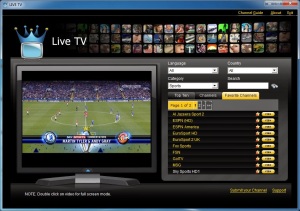 There are no Ifs nor Buts about it. There must be a far greater focus on the experience and entertainment factor of horse racing- not only with the future generation of race goers in mind, which is a given, but also when it comes to today’s racing purists. There must be new, attractive and compelling reasons created to go racing, and which might finally attract the mainstream media and a mainstream audience. One can only watch Winx or any champion horse race so many times before the novelty wears off.

It comes down to creating that total on-course experience- and then marketing this content using every delivery platform available. How many in horse racing today can understand this, let alone make it happen? The more progressive racing clubs will know that new organisation charts need to be developed and that the kids in the back room can’t suddenly be Directors of Social Media. Please. 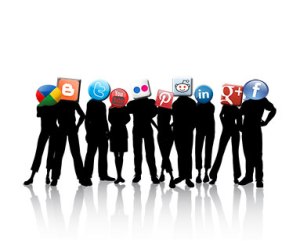 No one is immune to this phenomenon that is known as social media. Has it ironically made us less sociable and more uncomfortable in real life social surroundings? This was something tackled recently in the post below.

DIG YOURSELF. THE REST CAN WAIT. – B*TCHBACK

What is worrying about Twitter, Facebook etc is everything that can and is allowed to be said under the guise of “Freedom Of Speech” and even “Freedom Of Expression”. 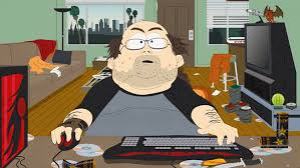 Staying with horse racing, these can work two ways- for the good of the sport, and also as a platform to air grievances. The latter is a moot point. There are very well articulated arguments against, let’s say what some might think to be the almost dictatorial running of certain racing clubs that has boiled over, especially in Australia, and which just might be forcing change, or at least shining a very strong light of shame and blame.

This puts a cat amongst the pigeons pic.twitter.com/Gw0Ujhljc2

Where things get totally out of hand and tarnishes the image of the sport is when there are very personal attacks, especially on riders when they’re beaten in a race, or, sometimes, the battling trainers left to fend for themselves as they don’t possess the “brand equity” of the Group 1 winning names. Who mentioned Bindi Cheers?

Horse trainer Bindi Cheers alleges she was 'pushed in chest, grabbed' on own property by racing officials https://t.co/YXVLb1jeDG via @smh

Without sounding like Michael Stipe, Everybody Hurts, some more than others. The mind is a very fragile place to live and where everyone is different.

The pressures of horse racing- and there are many which affect different people in different ways- has already taken its toll on some very high profile trainers and riders along with a number of apprentices who have needed to grow up fast, but stumbled along the way.

What’s not needed is even more pressure. And no matter what anyone says, bad news travels fast. Also, though one can dismiss criticism- often, vile criticism aimed especially at jockeys- by saying, “Haters gonna hate”, from speaking to a number of riders, they carry this negativity with them to the races, have it weigh them down along with the constant wasting, and dehydration and which, in turn, creates all manner of inner turmoil.

As one rider recently mentioned, “We might be physically tough, but there’s always that mental weakness that sneaks up, especially when shown something someone has written on Twitter or Facebook. We’re out there risking our lives trying to win. To then also be kicked in the guts by those talking through their pants is tough to take.

“Not to say that female riders are weaker, but think how a young girl just starting out will feel if she’s panned on social media without even having the chance to gain the experience to prove herself? Unfortunately, there’s not a lot we can do about it. Even if we keep away from social media, someone is bound to tell you what someone has said, and, of course it affects you. And as you and I have seen, it can spiral out of control.” 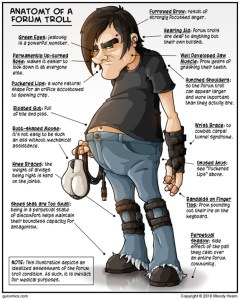 Of course, the genie is out and multiplying and it’s too late to return to simpler times. There is, however, a need for the racing industry to be far smarter about social media. Yes, social media can be a powerful and cost-effective tool to market the sport, though from meeting some in racing clubs in charge of looking at how to make this work, most are naively walking around with second hand news picked up along the way together with meaningless hashtags. This must change as it’s slowing down progress with no real dedicated teams on any organisation charts. It’s another serving of corporate waffles.

What’s needed are professionals who truly understand social media as a marketing tool and also how it can be used to paint a more positive picture of horse racing through the formation of a real online community as opposed to bibs and bobs relevant only to what’s happening in our own backyards.

It might be wishful thinking, but if there aren’t too many leaders in this industry who can lead, perhaps it’s time that the inmates take over the asylum and lead from the front.

It’s long overdue, but now is the time, not for more tipsters, and those absorbed in the punt, but positive ambassadors for the sport capable of forcing those who can’t, or who refuse to see, just how horse racing can be much more than it is- this and turning the online world, and this thing called “social media” into a meeting place to bring about real change as opposed to chump change and where “haters who need to hate” are blocked from ruining the party.

Like the music industry needed independent labels to create the paradigm shift that shook the major music companies out of their lethargy of carrying on regardless without understanding that beating file sharing site Napster was the first sign of winning the battle but losing the war, horse racing needs to remove its blinkers.

Too often, racing clubs are too close to its product to see beyond the obvious. There’s now this completely new terrain called the online world and it’s hardly understood or policed or used effectively. It’s allowed to just carry on. This is wrong and a wasted opportunity.

Now is the time for real change and not putting band aids on festering problems and having opportunities slip by. And if racing clubs and the mainstream and often pedestrian global horse racing industry are clueless about how to use social media beyond a few tweets, and have never read The Art Of War, we, racing fans and marketing people, will create a much braver new world…a consumer generated world which we own, and control. 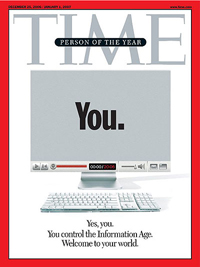 This will be an online meeting place- a real adrenaline or even Adrenaline online rush- where invited to join can be everyone from the HKJC and its Happy Wednesday brand and marquee value names like Joao Moreira, Ryan Moore, Hugh Bowman and Frankie Dettori and others, especially those on Facebook, the consistently good work of someone like amateur racing photographer Wallace Wan to what’s going on with the Australia Chinese Jockey Club and the constant sharing of news, videos, photographs, the ‘live’ streaming of events and Q and A sessions, and lifestyle content from those connected to horse racing, but also with lives outside of horse racing. 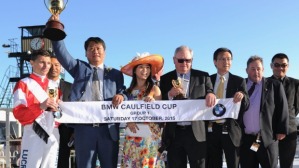 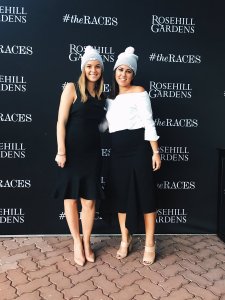 Watch this space as to how and when this will happen.