HORSE RACING, YOU HAVE A PROBLEM

It’s all been a bit quiet. It’s almost as if the sport needs some magic potion to rev up the Excitement Barometer. From speaking also to others, horse racing seems to be going through a bit of a lull these days. A dull patch. A vegetable garden of mush. “Horse racing attendance is in massive decline in Sydney” is something heard over and over again by some of the biggest supporters of the sport. 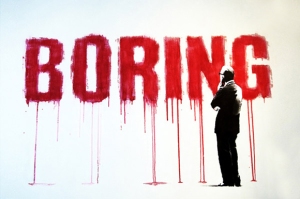 Winx aside, not even Peter V’landys, the undisputed, visionary and fearless leader of Australian racing- who’s there to oppose him South of the border? Chauncey Gardiner?- and his mighty three-year Everest trifecta, plus the latest mind boggling gimmick being floated around- to hold a race on Sydney Harbour Bridge- can shake off this feeling of déjà vu. Very déjà vu. Gimmicks and one-off events are not the cure for the Déjà Vu Blues. 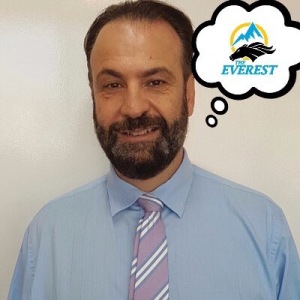 Maybe it’s that time of the month. Even the tweets by racing’s serial tweeters and fawning jockey groupies expressing serious man love are no longer offering the goonish humour we have come to expect, and, at least, bring a wry smile to faces. 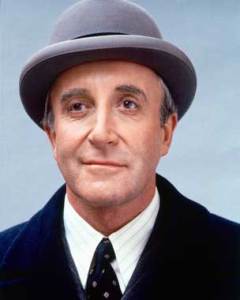 Yes, things are so quiet out there that even the Hong Kong Jockey Club’s chief “influencer” Pat Cummings, aka Mr Bubbles, is finding it difficult to, well, judging from one of his latest tweets, count. It’s tough being a giant amongst men and communicate with the common folk. 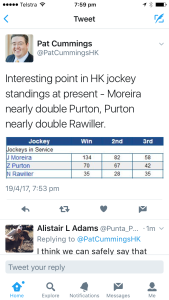 It’s really eerily quiet out there, and those leading the charge to try and expand the customer base of the sport, better also start looking at its so-called “captive market”, because this “population”, too, seems to be getting restless with many in the land down under suffering from horse racing fatigue. 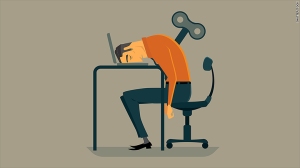 As a longtime racing loyalist mentioned last weekend, “Mate, what we have is a mundane product that hasn’t changed in decades- lousy tipsters, those imbeciles on horseback asking jockeys the same old questions after the races, and racing almost every day of the year. It’s just so much of everything that nothing stands out. Even the thrill of backing a winner is gone. When I was 25, I couldn’t wait for a Saturday. Today, I came up to Adelaide to see my old mates, and that’s it. I had my copy of The Winning Post and binned it.” Someone put on BB King singing, The Thrill Is Gone. 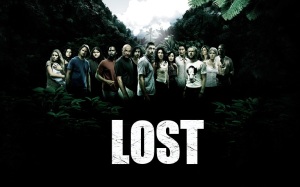 Racing Victoria, meanwhile, continues to bumble along like a buffet of Inspector Clouseaus with a new rendition of The Cobalt Blues being released every few weeks just to bore everyone senseless again. Anyone with an IQ over 46 can see it’s another shameless attempt to show that the Lost Old Boys Club are still around and making mewing sounds about the same old subject. Little wonder that former trainer Peter Moody laments about the “lack of good vibes” in Victoria, and suddenly sees racing in New South Wales as being something akin to a Gangsta’s Paradise and a song by the Beach Boys. He really needs to get out more. 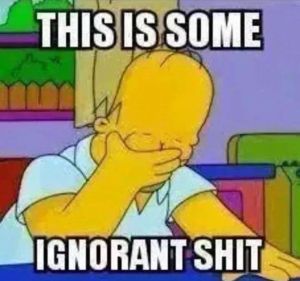 Whatever is causing this malaise is very real and it’s time that horse racing, working together as a real industry- if this is at all possible, which as we should know by now is Mission: Impossible -puts its house in order and regains the confidence and interest of race goers before attending the races will quickly be seen as a waste of time with even one-time loyalists realising their money can be better invested elsewhere.

Horse racing is very much on the periphery of sports entertainment, and has been knocking at the door for years to be let in to the much bigger arena where basketball, football, tennis, cricket, rugby etc etc exist. But as Dave Edmunds sang, “I hear you knocking, but you can’t come in.”

Why? Horse racing has an image problem in that it’s weighed down by the gambling albatross. What else? Constant and relentless pressure from animal rights activists. More? No one to match a LeBron James or a Ronaldo or a Serena Williams, or a Lewis Hamilton, who, in turn, attract the big global sponsors, and whose marketing dollars bring in the crowds. 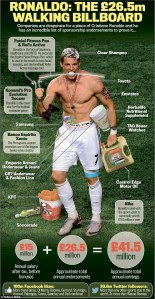 For a nanu second, there was the thought that Joao Moreira could fill this void. Three major sponsors cut this idea of at the pass. They didn’t wish to be associated with anything and anyone to do with gambling. 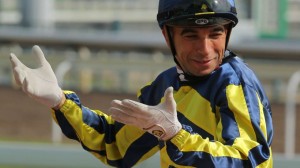 Why doesn’t one of the biggest sports entertainment companies like X1X Entertainment, which has amongst its roster Brand Beckham, Andy Murray, and once managed Lewis Hamilton, enter the world of horse racing? As its Chairman and CEO Simon Fuller explained to this writer, “I honestly don’t see any upside. I don’t understand the sport other than it’s all about gambling. This really restricts its appeal.”

“Restricts its appeal”. Just maybe because horse racing has done a lousy job in effectively marketing its product to the customer…and the media? Maybe it’s been talking to itself too much for too long with too much corporate navel gazing? Racing executives trying to be creative directors and strategic marketers is a recipe for disaster. It’s a recipe, however, that keeps being reheated and served to a media landscape that has changed, and which requires breakthrough ideas to stand out from the rest- especially from a sport that, after all this time, is still trying to find its feet. Without a pretty radical overhaul, it’s going to be stuck in the mire. 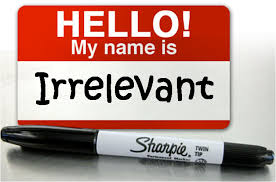 When the HKJC started its Happy Wednesday race nights in earnest, it wasn’t something the club stumbled on. It had to do with having the vision to make the most of a uniquely located racecourse smack dab in the middle of skyscrapers, and being easy access to everyone.

After a few lost years, those Happy Valley hills are today alive with ‘live’ music, different promotions, various activities, and which continue to attract a completely different customer base- younger, savvy, affluent, and who most definitely have the chutzpah to force a racing club to take the blinders off and embrace change.

The Happy Wednesday brand is about breakthrough thinking, evolvement, interactivity and engagement. Constant engagement where two worlds come together and learn from each other. 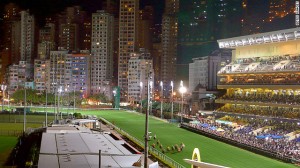 That’s fine for Hong Kong, but what about the rest of the horse racing world? Well, one size doesn’t fit all. What works at Happy Valley cannot be transposed to Moonee Valley. It has to do with reading the customer and understanding that it’s also to do with different cultures, different thinking and how this sport called horse racing is presented to them- all these very different customer groups.

Not to sound like a Barbra Streisand song, but people need people. Whether it’s in restaurants or coffee shops, libraries or even in airport lounges, we’re looking for people who we believe will be interesting. If, for example, one peers into a restaurant and nothing and no one catches your attention, you move on. Same with attending the races. No matter how old you are, you would like to be with interesting people. It’s how we react and interact and create relationships. It’s how we find answers to problems. It’s how we find ourselves. 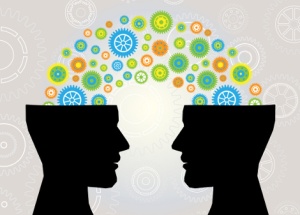 For racing clubs it’s about the horse racing, sure, but this can be watched anywhere. It’s why many racetracks are quickly resembling Le Rue Morgue. Just like from a business point of view, “It’s the economy, stupid”, it’s also about the people. Show them a good time and they’ll be back…and with their friends. This often causes a chain reaction that reaches the eyes and ears of others and soon a loyal community, or fan base is built. And this fan base can be the greatest marketing team for a racing club when it comes to spreading the word about the fun of being in an ownership syndicate, the fun of winning and the fun of being with like-minded people.

It’s something racing clubs often forget when the focus is only on offering more and more prize money for the elitists who have very quickly reduced horse racing to a Them and Us stage show, and looking at producing more racing products that are shunned because they’re irrelevant. Totally. These come from the thinking and second guessing from another era. These come from the minds of those who think they understand customers by almost never engaging with them. It’s all just plain stupid. Today, it’s all about simplicity, interactivity, and throwing that net as far as possible and see who it attracts. 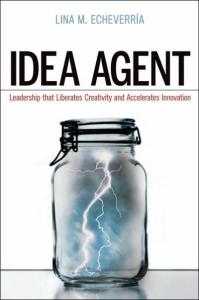 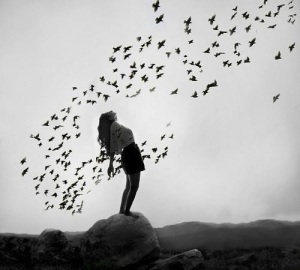 They cannot survive in a non-creative environment where mediocrity is promoted and allowed to flourish. Once this is seen and talked about, horse racing shrinks back into being the Rodney Dangerfield of sports. It becomes irrelevant. 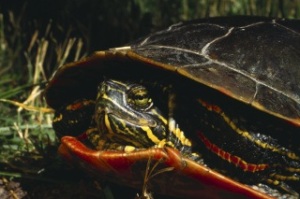 What’s the answer? It should have started years ago with strong leadership that had the vision to see what was to explode disguised as “social media”. 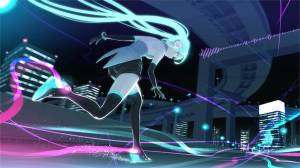 But, like the music industry that’s finally making up for all the time lost being blinded by the light of arrogance and ignorance, and thinking consumer trends would never affect their one dimensional way of doing things, it comes down to leadership. Not dictatorship, but real leadership. And real leadership doesn’t come by filling holes in an organisation chart by offering titles to those incapable of fulfilling these roles. So, someone has finally been found to be the CEO. And so? Other than a press release, what does this mean? Now we know how many seats it takes to fill the Albert Hall? 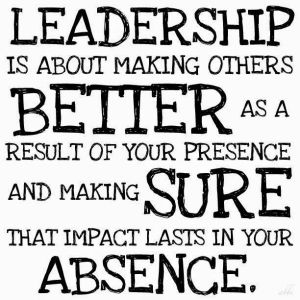 Real leadership comes from recognising and accepting the problem and realising that a band aid and one trick ponies are not the answer. 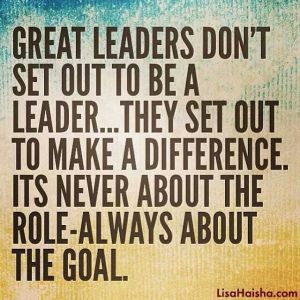 2 Responses to HORSE RACING, YOU HAVE A PROBLEM