Everything in moderation. We’ve been taught that from a very early age. It’s advice that has served us well while growing up- if we are living our lives keeping to this belief.

Going off the rails is when pressure takes over. When moderation becomes excess. And in this day and age of information overload, and easy access to almost everything, we’re all under constant pressure to either absorb everything going on around us- the daily doses of bad news like what recently happened in London, the politics of The Big Orange in the White House, the mad Kim Chee in North Korea itching like the finger on the trigger of a gun to blow us all to bits- or switch off from these grim and negative realities of life. They often do your head in.

My dad would not allow the news on television to be shown at home. It caused him stressed. And him being stressed out, made the rest of us stressed. Maybe it’s part of my DNA, but I had to tell someone staying over the other night that it’s either CNN and the constant updates on various Trumpgates or me. She chose the former.

Horse racing comes with its own highs and lows, and, at the end of the day, corny as it might sound, only the strong survive- the riders, the trainers, the owners, and those who bet on the outcome of a race. For the latter group, that saying, everything in moderation, is all-important. There’s always temptation holding a smoking apple around the corner, and we have seen the dangers of playing catch up when on the losing side of the ledger.

For a jockey, everything is great as long as you’re riding winners. While this is happening, they can walk on water and turn water into wine. There are different types of danger attached to this: young jockeys, especially, start to believe what might sometimes be hype, fall in with the wrong crowd and see their promising careers derailed.

There’s the added pressure to succeed along with the expected pressure to constantly do one’s best. There are no days off. Probably most dangerous of all is the toll that fame and success can have on young riders who simply can’t cope with the high expectations placed on their young shoulders- and minds.

As South African based racing writer Robyn Louw says, “Yes, hype is tough, but it’s also part of the job. We tend to forget that the youngsters are really not much more than kids. They really do have to grow up fast and learn to handle a lot of different things all at once.”

This inability to cope happens regularly in music. Think about Amy Winehouse, Kurt Cobain, The 27 Club, Syd Barrett, Brian Jones, Michael Jackson, and before them all, Frankie Lyman. 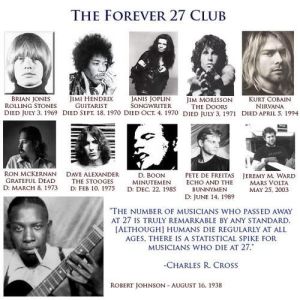 In horse racing, many of us have known riders whose lives were derailed from a lethal cocktail of different types of pressures, and are no longer with us.

On Sunday, apprentice Matthew Poon began his riding career in Hong Kong. The buildup to his first day riding here had been intense. After all, here was a young talent nicknamed “The Poon Train” who had taken Adelaide by storm during his years gaining appearance under the guidance of trainer Richard Jolly. He had ridden 117 winners and won the hearts and minds of the city’s racing public.

There’s a big difference, however, between riding in Adelaide and riding in Hong Kong, where you’re riding in the most competitive, and often, demanding racing jurisdictions in the world.

Being the first female in fifteen years to be granted a license to ride in Hong Kong would have come with its own pressures to succeed. It took an entire season and the team around her led by the great South African rider Felix Coetzee to get her to where she is today. Let’s just hope she stays grounded as she’s still very much a work in progress. We all need strong support systems to get ahead in life before getting too ahead of ourselves.

Matthew Poon made a successful debut when he drove the John Moore-trained Happy Meteor first past the winning post. One can only imagine his relief in riding a winner, especially for the influential Moore stable on his Big Day Out in Hong Kong, though being dislodged by an errant horse later on in the day saw him taken to hospital for observations. Thankfully, everything seems to be fine though he lost out on a winning ride and was handed down a two day suspension. It was certainly a day of starts and then a short full stop at the station for “The Poon Train”.

It made one think whether Joao Moreira suffers from the pressures of having to constantly live up to the great expectations demanded of him by the racing public every time he gets on a horse. After winning his first Hong Kong Derby recently, we saw all those pent up emotions finally released. It was a poignant and revealing moment when he hugged his wife and gave in to everything it took out of him to win this big race.

Watching young Matthew Poon throw everything into trying to win on his first ride in Hong Kong- the favourite in the race to add to his baptism of fire, which ran a respectable third- made me respect even more the great human resolve of Douglas Whyte to keep riding after being the king of all he surveyed for thirteen consecutive years. He certainly doesn’t need the money.

It must be tough for the legendary Champion Jockey of Hong Kong to watch Joao Moreira break every record, and set new records while he has to compete for rides, when previously he could pick and choose what he wanted to get on. What’s going through his mind? Though a longtime friend, only he knows. The Durban Demon has been around long enough to know how to play his cards close to his chest. 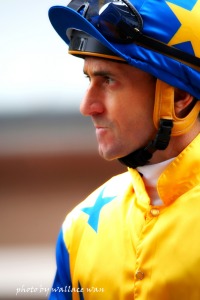 In Australia, the very promising young Regan Bayliss has been recently singled out for stardom, especially after winning the Newmarket on Redkirk Warrior, below.

Add Damian Lane, Beau Mertens and Chris Parnham to this list with Chris Caserta, below, waiting on the sidelines. His time is around the corner. In South Africa, there are the very good and equally grounded Lyle Hewitson and Callan Murray.

Are these young riders prepared for the fame game? Time will tell. One only has to think about what has made Tommy Berry- and let’s never forget brother Nathan- Sam Clipperton, Karis Teetan, Nash Rawiller and a few others, the reasons why they are the grounded people they are today: family support and great mentors from an early age.

It helped and continues to help them build character. It makes them check their egos at the door. But, moving forward, who’s there to give young riders coming through the ranks coaching in life lessons? There are some great mentors to help them become good and better riders, but who’s there after the race has been run to keep egos in check, and with the professional skill sets to listen to whatever it is that remains bottled up before it finally explodes and leads them to where there’s no sign of light at the end of a very long tunnel of depression? Gawd knows, we’ve seen this take its toll on a number of experienced trainers and riders.

Former jockey John Didham, pictured below when champion jockey in Macau for five consecutive years, who was the Apprentice Jockeys Coach for Racing Victoria until he resigned after a falling out with the usually dreaded, and often redundant person in nearly every industry known as the head of Human Resources, agrees.

“We can do our best to teach them how to be better riders and offer them advice on how to look after their finances and who and what to keep away from,” he says. “But, we’re not professional life lesson coaches. Sports like tennis, golf, cricket, they have teams of coaches, each comprising experts in different fields. Horse racing is lacking this team. Us former jockeys can only take them so far. We can’t prepare them for the big world out there that’s outside of racing.”

For Matthew Poon, Sunday at Shatin might have been a blessing in disguise. Without sounding like an Adele song, he had it all and was rolling in the deep with a winner, a fall and a suspension. It might not have been a life lesson, but it was a learning experience. What he takes away from this baptism of fire is something only he knows. Hopefully, it makes him a stronger person. Hopefully, we all go easy on the 23-year-old rider and refrain from rushing to make him Hong Kong’s latest pinup jockey. Let’s save the Poon plush toys for later.

As a fan of horse racing, it makes me wonder- and worry- about adding extra pressure on riders- young and experienced- along with everything trainers have to go through to keep those winners coming to appease many demanding owners. There’s then the personal traumas when a horse breaks down or, as trainer David Ferraris felt, a sense of guilt. when his runner General Iron dislodged Matthew Poon. “I was really upset, but thank God he’s okay,” said Ferraris. “I was the first to see him when he was on the ground. He was out cold but recovered quickly.”

Horse racing might look like a simple spectator sport. But there’s much more to it when one sits down and looks past the obvious and really examines the human side to the sport.