THE LACK OF LEADERSHIP ISSUE

JUST GET AN ALL WEATHER TRACK IN ALREADY! 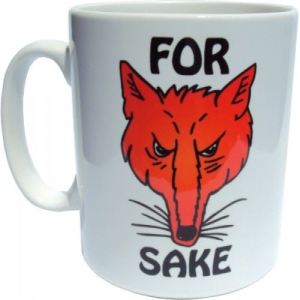 For how much longer can NSW racing tolerate the stubborn refusal of Racing NSW and its despotic hierarchy to enter the modern age and install two or three all weather synthetic tracks in NSW? We forget: Conquering Everest with a slot for the freshly laundered Tabcorp in tow has become the new priority.

Still, even Lord Petrus would have to admit that the loss of race meetings from the start of a seven month period from Autumn through to spring over the past few years, thanks to a permanent shift in climate in south eastern Australia, has left a lasting destructive legacy on NSW Racing – a legacy which could have been and could still be so easily avoided.

The fallout throughout NSW Racing and the impact of the loss of these race meetings over the past several years runs into tens of millions of dollars across all sectors of the NSW racing industry. The businesses and livelihoods of Trainers, and the returns to Owners in the provincial and country regions, continue to be threatened while the powerbrokers at Racing NSW continue to concentrate on looking after the powerful elites who couldn’t give a toss about racing’s grass roots layer – the heart and soul of NSW Racing. Of course, to them, everything is just peachy. 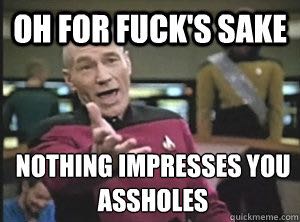 Just this month, as the big wet has ravaged NSW, the abandonment of race meetings in NSW has reached record numbers. Abandoned race meetings in provincial and country NSW has become the norm – not just one or two, but three or four each week. Heavy 10’s have become the norm for Sydney’s metropolitan race tracks. If there was a heavy 12 category, it would be a more accurate rating for what has been dished up over the past month.

For every race meeting that is cancelled or abandoned, turnover and wagering is decimated. But the winner is Racing NSW. Why? Think of the savings in prize money and costs associated with running a race meeting.

Isn’t it any wonder that Racing NSW can engage in its all too familiar and chest pounding war cry of being the club leader in the prize money race in Australian racing?

Yes, it’s all too easy to recycle lost prize money when you choose not to “waterproof” NSW racing and install two or three all weather tracks to stop everything from sinking into what could be paddy fields in Sri Lanka. And with the help of a sycophantic and compliant News Limited racing media led by Sister Ray, which fails to apply the blow torch to the belly of Racing NSW and ask the difficult questions, the painted canvas of a false nirvana is unchallenged.

THE ROAD TO BECOMING “INFLUENTIAL” IN RACING 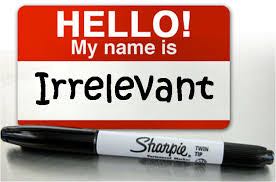 Veteran racing journalist Steve Moran’s list of the top 20 most influential people in Australian racing published on Racenet exposed a lot more about the reasons why Australian racing is, in the words of The Australian’s Patrick Smith: “A sport losing the race for relevance.”

If there was a common thread among the majority of the names on this highly irrelevant list, it was the indisputable fact that position, power and wealth in racing are everything. They are blood brothers joined by an umbilical cord.

In racing, “he who controls the money, controls the world”. If power corrupts, absolute power corrupts absolutely. With wealth comes position and power and it can be exercised is so many ways, often by bullying and intimidation. And yes, it opens the door to “influence”. Australian racing is the shining example of some of these “deadly sins”, which have combined to put it on the road to irrelevance. 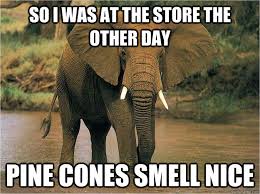 Perhaps Moran should do a follow up puff daddy piece and expose how “influential” people have fast tracked this descent into irrelevance? The elitism, the disconnect with the generations coming through, the dysfunction, the vindictiveness, the bitterness and rivalry have united to reduce the appeal of racing to nothing more than a once a year social event. To be specific, Racing Carnivals have become exercises in hedonism. And hedonism and the generations coming through are a natural fit. Thank God for this once a year bout of hedonism.

Racing’s disconnect is deeply rooted in its inability to embrace generational change. The roadblocks are many of these “influential” people in racing whose agendas revolve around self interest and all the destruction that self interest leaves in its wake. 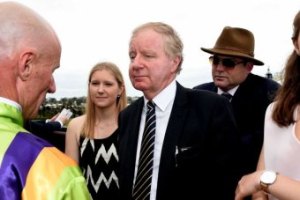 For racing, there’s another downside. It has become incarcerated in a web spun by the men and women of “influence”. To break free requires “balls”. And sadly for Australian racing, there are too many eunuchs. The fear factor continues to rule. 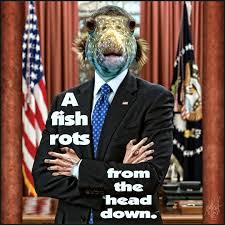 When Prince of Penzance won the 2015 Melbourne Cup at odds in excess of 100/1, apart from it’s inner sanctum of connections, and once a year punters, no one with serious knowledge of racing gave the horse even a flukers chance. Not unless Frankie Dettori’s lasagna carnage creating a moment of riding madness in the straight could have been foreseen.

It was an eerily similar scenario in the lead up to last Friday’s verdict being handed down in the Court of Appeal Tribunal hearing the appeals of Danny O’Brien and Mark Kavanagh against their disqualifications arising from the cobalt positives returned by their horses well over two long years ago.

The general consensus within the racing community and among many of their fellow trainers was that the Appeal would either be dismissed or a reduced penalty delivered, given the seemingly blatant disregard for following the proper process for testing under the Rules of Racing by Victorian stewards.

But Judge Garde, who heard the Appeal, and who just happens to be the President of the Supreme Court judges, upheld Kavanagh and O’Brien’s appeals against the penalties imposed by the Racing Appeals and Disciplinary Board.

How much has this desperate, unnecessarily drawn-out #cobalt witch hunt cost the industry? Direct $ & indirect (integrity/perception).

It was a huge slap in the face for Racing Victoria and it’s Integrity Department, and, particularly, Dayle Brown the head of the department, and Chief Steward Terry Bailey.

The fallout has been massive, to say the least, not just for Bailey and Brown, but for racing and importantly, the Rules of Racing themselves. The tough talking Rumpole Of The Bailey, who has a higher public profile than almost anyone else in Victorian racing through his regular media appearances, where he often comments on just about every issue outside his own now very empty looking portfolio, has always been a controversial and polarising figure.

His “go in hard” and “take no prisoners” attitude and manner has contributed to him being blamed for anything and everything that goes wrong in Victorian racing. And he’s asked for it. False bravado can very quickly show up pock marks in someone’s makeup. From being Elliot Ness, they suddenly look like George Costanza suffering from permanent shrinkage and without a third leg to stand on.

Dayle Brown? Well few except perhaps the inner sanctum in Racing Victoria knows what he does. Many have quite rightly questioned his role, if any, given for all intents and purposes, Rumpole of the Bailey appears to run the Integrity Department.

In Bailey’s defence- and it’s a weak one, it is a commonly held view that he has been thrown under the bus by an insipid and spineless leadership which has dragged Victorian racing down to the depths which NSW racing was in. 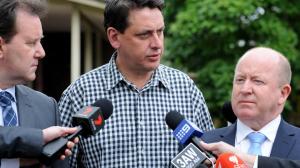 Rumpole of the Bailey, after all was, and is nothing more than the Chief Umpire- the rules enforcer, not the spokesperson on rules and penalties or Integrity policy. In any other sport, this policy is the domain of the Chief Executive or Chairman of the Board. And we all know how poorly served Victorian racing has been in that regard over recent years.

Judge Garde’s judgment has raised serious and grave doubts about the accountability of Licensed Persons in racing, and in the ability of the Rules of Racing to withstand challenge. Taken to the simplest conclusion, the Rules of Racing appear not worth the paper that they were originally written on.

In this instance, whilst prize money was forfeited, Judge Garde, in finding that the cobalt was administered without the knowledge of the Trainers and overturning their disqualifications, imposed no penalties for presentation. It sets a very controversial precedent absolving Licensed trainers of their obligations and accountability under the conditions of their licence.

Peter Moody, in particular, would be justifiably aggrieved pleading guilty to presenting Lidari with a level above the cobalt threshold despite having no knowledge of the administration and suffering a six month suspension which he chose not to Appeal.

Racing Victoria Acting Chairman Mike Hirst- aren’t they all “acting?”- in a measured response, pointedly referred to the decision as “opening up a can of worms”. That’s putting it mildly. 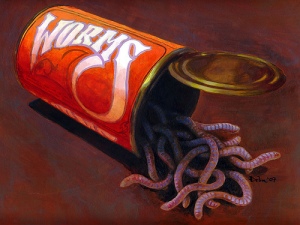 There is a growing view in racing circles that the machinations and involvement of many arms length individuals in one of the darkest episodes in Victorian racing in recent times needed to be exposed and shown the door.

They can’t just sit there waiting for the usual golden handshake and the golden parachute to open. Haven’t we become quite ill of seeing the Old Boys Club and its chocolate factory looking after its charter members? 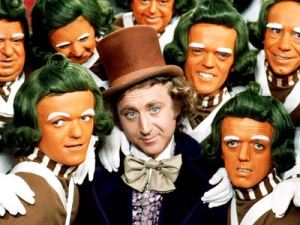 And for that to happen, a proper Commission of Inquiry established with coercive powers under State Government legislation is essential. The Old Boys Club must be closed down as the stink emanating from it is overwhelming. 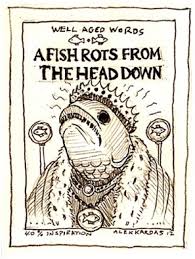 The Integrity of racing warrants and demands it. If there are individuals who have played a covert role in these cases, they must be flushed out once and for all. The example of the shadowy match fixers in other competitive sports operating covertly to fix football, cricket and the outcomes of many sports reverberate throughout world sport.

Racing and the State Government have a responsibility to dig deeper and protect the integrity of the sport. In this instance, it just cannot afford to abide by the umpire’s decision and move on as if nothing has happened and actually Thank those responsible for gross ineptitude. Listening, Giles?

The umpire in this instance has ruled legitimately on a point of law. He has chosen to accept prima facie evidence. The blame has been placed fairly and squarely on the delicensed veterinarian. There is a strong suspicion in racing circles, however, that there are many “smoke and mirrors” which need to be picked apart. It’s a much bigger story than just the incompetence of certain individuals or the behaviour of a “rogue” veterinarian.

5 Responses to THE LACK OF LEADERSHIP ISSUE