DAVID FERRARIS: BACK WITH A VENGEANCE!

It’s been said enough of times: Horse racing can be an unforgiving sport and loaded from all sides with people with very short memories. One is only as good as their last win and can go from hero to zero within in the blink of an eye. Gone in a flash are all those credits on one’s curriculum vitae. Winning thirteen consecutive Hong Kong Jockey Premierships can be thrown out with yesterday’s newspapers. If The Postman doesn’t deliver for a couple of race meetings he’s “not trying”. If a trainer isn’t leading in winners on a regular basis, “loyal” owners leave for greener pastures, and the scouting party returns with no wampum beads, Tonto.

This leads to what could be the Renaissance of Hong Kong-based South African trainer David Ferraris aka “Darth”, something coined here with good humour for his somewhat grumpy moods. But, we like him, and having been friends for a long time, who can blame him for being grumpy? By the way, the name of “Darth’s” son? Luke.

David, son of the legendary South African trainer Ormond Ferraris, arrived in Hong Kong in 2003 after a career in his home country where he won numerous Group 1 races in Johannesburg and Capetown with the highlights begin his July Cup wins with Super Quality, ridden by the great Michael Roberts, and the Anthony Delpech-ridden Classic Gate, below, though those who follow racing in South Africa might remember two of his other stable stars- Ashtontown, and the filly Lady Of Cadiz. 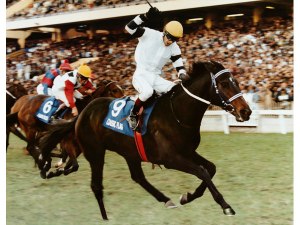 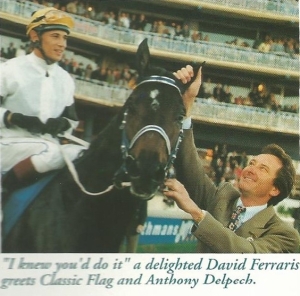 In Hong Kong, he’s best known for training the mighty Vengeance Of Rain, which raced as Subscribed in Australia for owner Lloyd Williams. It’s something a number of people forget. The magnificent galloper, a regular ride in his big races for Anthony Delpech, who, by the way has the horse’s name tattooed on his shoulder, won the 2005 Hong Kong Derby along with that year’s Queen Elizabeth 11 Cup, The Hong Kong Cup, the Champions And Chater Cup, and the Hong Kong Gold Cup. In 2007, this often forgotten champion was winner of the Group 1 Dubai Sheema Classic, the Hong Kong Gold Cup, and named that year’s Hong Kong’s Horse Of The Year and Most Popular Horse Of The Year.

David Ferraris was riding the crest of a wave. But that didn’t last long. For reasons hard to understand, despite having this exceptional success story in his curriculum vitae, he failed to attract new owners banging on his door pleading for him to train their horses. After all, success breeds more success, right? Not always. Sometimes never. 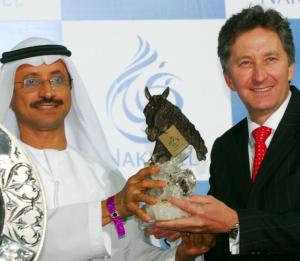 For a very long time- too long- David Ferraris has been languishing in the lower rungs of the trainers’ ladder with less than twenty winners for the past few seasons. While the big name trainers kept and keep attracting more and more big spending owners and better quality horses, and the local rookie trainers used their networking skills to quickly build up their stock and be seen as winning stables, this Group 1 winning trainer became a “battling” trainer with a stable of largely tired horses. He was more well-known for having a few well-publicised wobblies over the location of his stable, the long trek to the old swimming pool, and, before all this, for doing the right thing by throwing out his wayward stable apprentice at the time Marco Chiu. As an aside, after a short stint with Tony Cruz, Chiu, pictured below, who could have become a star Chinese rider, went walkies to Perth, then tried his luck in Canada, and, most recently, New Zealand. Is he still riding there? Who knows?

This season, though still not attracting headlines- one has to wonder if some trainers and jockeys in Hong Kong need their own Public Relations people to break bread with the highly influential Chinese racing media- “Darth” is smiling. It’s an unusual sight- almost spooky- but when you’ve already trained ten winners that are not exactly rising stars this early in the season, and have jockeys, who not that long ago rode his horses as a last resort, are calling up for rides, the worst seems to be over and there definitely look like brighter days ahead. 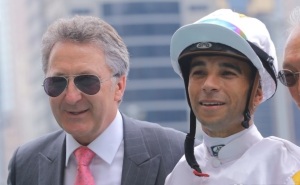 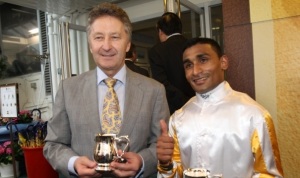 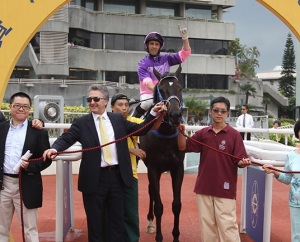 When Brett Prebble won on his runner Showing Character last Wednesday, forgetting the 19 to 1 odds that were on offer, a group of us wondered when the last time Prebble had been on a Ferraris runner, let alone win on one. “It’s been a long time”, according to the trainer.

David Ferraris is a very good horseman. He’s a professional who takes his work seriously, he doesn’t suffer fools gladly, and has a reputation for showing that he’s less than happy if he feels there’s been a less than good ride on any of his horses. Is he grumpy? It’s better than being Dozy and Dopey, but one really doubts we want him any other way. The self-deprecating humour and grumpiness work.

As one jockey who preferred to remain anonymous put it, “It’s a bit of a roller coaster riding for David. If he thinks you’ve given something an ordinary ride, he’ll let fly, so you just wait a few weeks, and by then, all is forgotten. He’s often misunderstood, but one thing is for sure: He can certainly train. Looking at how much he’s achieved this season with pretty average horses, he really deserves some good new stock in his yard. He deserves to have another Vengeance Of Rain.”

Yes, he’s difficult and, no doubt frustrated that, especially after his success with Vengeance Of Rain, and to a much lesser degree, the very honest Wrath Of Fire, Sweet Orange, now standing as a stallion in New Zealand, Liquidator and Bear Hero, he hasn’t received the recognition he’s definitely owed. Sometimes this frustration results in a weird bout of internal combustion that spills over, and it becomes another dark “Darth” moment.

Even if a friend, and one sees him on a race day, one tends to thinks twice about saying Hello. It could result in either a pleasant chat, or a reply that borders on gruffness where you’re left wondering, Was it the after shave? Of course on race days, it’s all business for everyone involved in the sport, and not the time for bursting into the chorus of “You’ve Got A Friend”. David Ferraris is all business, especially these days as he’s on a rock and roll, and he doesn’t want this roll to turn into a sausage roll.

Asked about The Renaissance Of Darth, he’s very much to the point: “I’m the same good trainer I have always been. The big difference is that my horses now have easy access to a new swimming pool.” Yes, the swimming pool. For a number of seasons, he’s made it known how difficult it’s been for him to train his horses properly due to his stables being quite a distance away from the pool used by most of the other trainers along with construction work making life difficult. Before the start of this racing season, this new swimming pool has been the miracle cure to his woes. “I used to have to swim the horses, re-saddle them and take them back to their stables,” he says. “Now they finish work and walk 20 yards to the swimming pool. It’s like having my private training establishment.” Luke, “Darth” is in a happy place. He now needs a damn good public relations man. 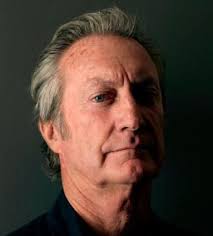 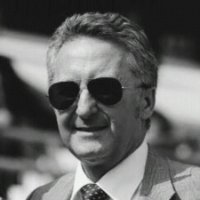