THE MAN THAT IS WINFRIED ENGELBRECHT-BRESGES 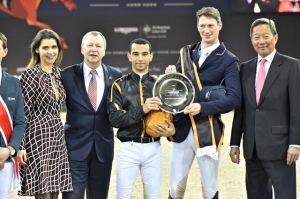 Meet Winfried Engelbrecht-Bresges- not the Winfried Engelbrecht-Bresges everyone can read about on the Hong Kong Jockey Club website, Google, or through Wikipedia, but more about the man behind the man who has the very challenging role of being CEO of the most successful racing club in the world. And without sounding like some fawning sycophant, what makes him tick. What makes him able to juggle more than a few balls in the air, and make multi-tasking not come across as being a chore.To paraphrase the great poetess Donna Summer, he works hard for the money, he works hard for the honey, and it’s always to make things just right.

As we head towards the annual Longines-sponsored Hong Kong International Races, it seems the appropriate time to get to know more about the man who has been the chief architect behind what has evolved to become the most international celebration of the very best in horse racing. It’s often hard to keep up with him. And not only because he runs 10 kilometres every day. That’s part of his daily routine and possible stress buster to face the day ahead- and what it might hold. 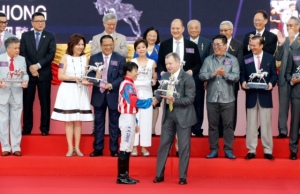 Do I know everything about Winfried Engelbrecht-Bresges? Does anyone really know everything about anyone? But from having worked with him for around four years, and, before this, an acquaintance for over ten years, what I can say is that he commands respect. He’s one of the very few people in racing to be admired. Or, as one trainer so eloquently put it, he knows his s***.

Is he difficult? When the time calls for him to be so, yes. And here, there’s a big difference between being difficult and being stubborn. Is he right all the time? Only a fool is. And he’s no fool. Is he a good friend? He can be, if one wins his trust, which is no easy task. 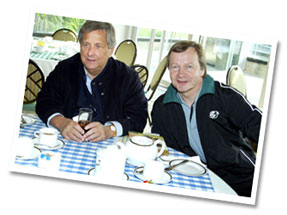 Thinking back, the first time I really saw another side to Winfried was when he mentioned in passing that one of his favourite songs was “Mister Bojangles”, especially when sung by Sammy Davis Jr.

As a young reporter, and my first step towards becoming an entertainment journalist was being sent to cover a Sammy Davis Jr press conference. The memory is foggy as to how and why it happened, but that press conference led to Sammy- Mr Davis- asking me to stay back and partake in whatever happens when one parties with one of the greatest entertainers in the world, who was such as inspiration to even Michael Jackson. Let’s just say that being surrounded by his bevy of dancers and funny cigarettes, I grew up rather quickly that night. It readied me for what was to come some years later in the guise of sex, drugs and rock and roll. 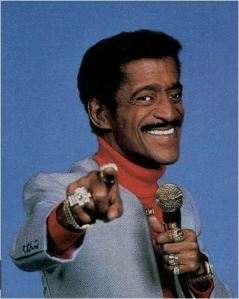 Listening to Winfried talk knowingly and with such passion about “Mister Bojangles”- and Sammy Davis Jr really was Mr Bojangles- with the same intensity and knowledge he can talk about every facet of horse racing, made me realise that here was not some one dimensional racing executive happily jogging along with the blinkers on waiting for his pension. Hardly. Here’s someone with the knowledge and people skills to hold his own with any leader in any industry, and with an inquisitive mind to embrace everything else that’s going around him- movies, politics, music, all forms of creativity and everything else that’s happening in this constantly changing world.

It’s this inquisitive mind what’s made him place such a high premium on understanding and reaching different customer segments, and going out of his way to listen to the consumer. Really listen and not just pay lip service. No one is unimportant. 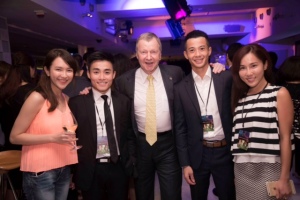 There was the time a few years ago when the resident singer at the Beer Garden ran into him and greeted him with a fist pump, and a cheery, “All cool, dude?” As some shuddered in embarrassment and mentally banged their heads on the wall, the CEO of the HKJC cocked his head to the side, smiled and replied, “Dude is cool”. He doesn’t discriminate when it comes to knowing and understanding people.

At the end of each season, the forward thinker always surfaces. It’s always about the future and the bar being raised for everyone at the Jockey Club. There’s no room for complacency – the enemy which can threaten progress and success. And it’s also about innovation.

Without this, there would not be the hugely successful Happy Wednesday brand, and venues like Adrenaline, Legends and Haymarket. 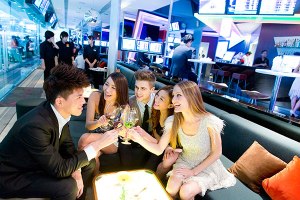 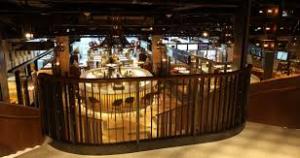 There would not be the future that the ambitious and hugely time-consuming and attention to detail needed that the Conghua Training Facilities project in Guangzhou holds.

There would not be the Group 1 Turf Championships that are today the Hong Kong International Races. But the legacy is evolving. 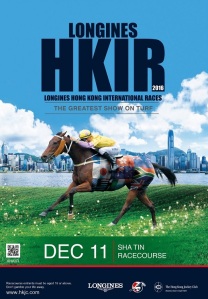 Winfried’s inquisitive mind and deeply embedded personal commitment to keeping Hong Kong racing at the top of the tree, globally, will make for exciting times ahead,and not just for racing, but for all those who make a living out of 1 Sports Road. It would be more than comforting for everyone connected with Hong Kong racing to know that the man with whom the buck stops is endowed with the skills which are mandatory to run such a complex organisation such as the Hong Kong Jockey Club. 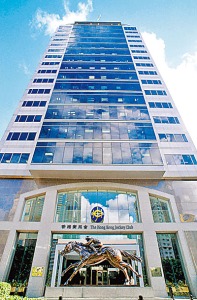 It is not a job for the faint hearted. And being realistic, is there anyone else in world of racing or global sport who could perform the role with distinction as Winfried has done? When he was one of the few people to receive the prestigious GBS Award this year from the Hong Kong Government- the Gold Bauhinia Star given for a person’s outstanding contributions to the city- I dubbed him another type of GBS- the “German Brother of Soul”, a reference to his love of music, especially Black soul music, reggae, the songs of Amy Winehouse, and someone who’s not shy nor precious to show his moves on the dance floor at Adrenaline. And why not?

Speak to Douglas Whyte, Tony Cruz, Caspar Fownes, all who have seen the development of horse racing in Hong Kong, and they will point to “EB” for making the sport what it has become- the city with the best horse racing entertainment in the world- and something no one else would have been able to accomplish.

“Obviously, we had more interaction with EB when he was Director of Racing before now looking after the running of the entire Jockey Club”, says trainer Caspar Fownes. “He must have the patience of Job to deal with all the red tape and various hoops one has to jump through to get approval to do anything. But that’s part of running the unique setup of the HKJC and requires huge diplomatic skills.

“EB comes from a racing background. He knows every aspect of the sport. He lives and breathes it and nothing gets past him. He can be difficult, but what’s important is that he’s also fair. Behind his favourite expression that things are ‘nearly fine’ is a razor sharp mind, constantly examining and re-examining things, and looking beyond the obvious. He’s got a very tough role, and I really can’t imagine anyone else capable of achieving what EB has done for the HKJC, for racing and for Hong Kong.”

Douglas Whyte was more succinct when asked about his CEO: “I have just one line: Winfried has completely transformed horse racing in Hong Kong.” He didn’t stop there. “Mate, look at the quality of horses, riders and trainers we have coming for our International races next month. Aidan O’Brien is not only bringing over Highland Reel, he’s also bringing Cougar Mountain. Look at the Japanese contingent of horses led by Maurice. The International races are no longer an afterthought. Trainers plan and target it. And it’s Winfried who has taken the event to this level.”

Describing “EB” as “Trustworthy, committed and a man of his words”, adds the only jockey to have won thirteen consecutive Hong Kong Jockey Premierships, “When Director of Racing, he changed the face of local racing by bringing in new initiatives. As CEO, he’s taken Hong Kong racing to a global level. Look at the racing at Happy Valley. I’ve always loved riding there. But now with the music and entertainment, and the younger crowds, there’s something electric in the air and which we feed off when riding. It’s an incredible feeling.”

Tony Cruz, very much his own man, and Hong Kong racing’s favourite son, points out that when he rode the mighty Co-Tack to ten wins including all the biggest local races, the total prize money earned was HK$1.5 million.

“Man, can you believe that?” he asks incredulously. “Here was the best horse in Hong Kong and that’s all he won”, before adding, “Winfried, he’s the man, man. Before he came to Hong Kong, racing here was nothing. He had a plan to make Hong Kong racing go international and he’s been very focused in achieving this through increasing prize money, big name sponsors and attracting the biggest names in racing. As a Hong Kong boy, of course, I am damn proud of how far we have come, thanks to Winfried.” 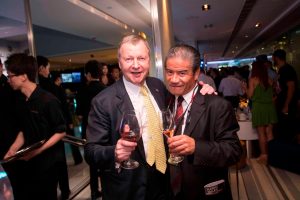 It’s lonely at the top. Bloody lonely. But, somehow, Winfried Engelbrecht-Bresges takes it all in stride. And with a smile, probably often with “Look On The Bright Side Of Life” by Monty Python, a song he mentions often in conversation, playing in his head. A German with a sense of humour? There are exceptions to the rule.

When that wanderlust eventually takes me away from the horse racing industry, I can always say I had the best mentor to understand the business side of the sport. It’s also given me the opportunity to make a very good friend in the process, who, wherever, he is in the world, makes the time to call to just say Hello and make sure I’m in a “happy place”. As Aretha Franklin, Lady Soul, would sing, R-E-S-P-E-C-T.