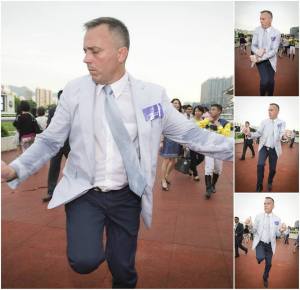 While being crowned King Of The Valley on December 7 at Happy Valley at the end of the Hong Kong International Jockeys’ Competition looks skewed towards the home team comprising Joao Moreira and Zac Purton, who definitely know how to ride the idiosyncratic track, the Joker in the pack is trainer Caspar Fownes.

If anyone wishes to talk about the longtime “King Of The Valley”, it’s The Casbah. How it’s happened remains a mystery, but for many years now, this trainer’s runners have ruled Happy Valley. Sure, as he’s quick to point out, he’s no one trick pony, and his record of wins at Shatin are almost on equal footing with his successes on the tight city track- really?- but when local racing fans look at any Happy Valley race card, one of the first things they do is to look at the rides of Moreira and the runners sent out by The Casbah. And if Moreira is on a Fownes horse racing in Class 5, well, it’s Fill Up Time at the old chuck wagon.

Of course, we’re still unsure what runners and how many he’ll be entering, but The Casbah plays to win, especially this very special night of racing. What remains to be seen are which jockey or jockeys will be allocated Fownes’ runners. With racing taking place on the A Course, forget barrier draws. The track should be a level playing field on what will be a Happy Wednesday, come rain or shine with Jimmy “The Voice” Cupples from Oz performing at the Beer Garden and then the After Race Party at Adrenaline.

Cas doesn’t often send his horses around so that they drop in the handicaps. As he would say, “I’m here to win, baby!”- and it’s no idle boast. Who can forget that meeting at Happy Valley some years ago when he trained six winners with five of them ridden by Brett Prebble?

For the last few years, Cas has used a changing roster of jockeys for his runners. Brett Prebble rides some, but nothing like before, where he was almost stable jockey, and the same goes for the trainer’s longtime bon ami Olivier Delouze and former stable apprentice Vincent Ho. After a stop-start partnership with Zac Purton, this became more of a permanent affair a couple of years ago- a very successful one. 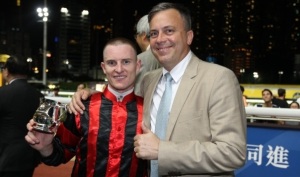 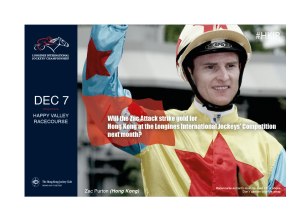 While Purton still remains his Go To jockey, it’s only been this year that he’s gone to Moreira for that extra bit of magic to get some non-winners home with both combining to build on these successes. Once they break that duck, his runners have a habit of stringing 2-3 more winners.

So, come December 7 and the Hong Kong International Jockeys’ Championship, there could well be a King Maker involved in determining the outcome of who will be crowned King Of The Valley.

To make the Championship really come alive, here’s hoping that only the visiting International jockeys end up on Fownes runners. Now, this will add a new twist to the Competition with Joao Moreira and Zac Purton most likely riding against horses they have won on before, but this time in the more than capable hands of the International invaders. 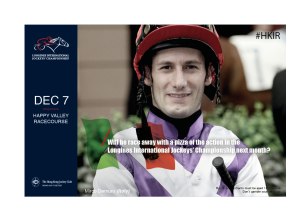 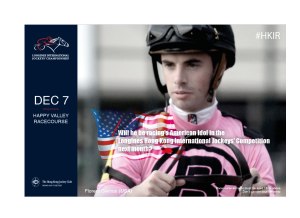 The sweetest irony would be if Douglas Whyte, who’s got in to represent Hong Kong following the suspension of Nash Rawiller, were to be allocated most of the Fownes runners.

Both jockey and trainer have only recently come together again after a lengthy break from each other going back to when they combined to win the 2010 Hong Kong Derby on Super Satin.

Who knows? If Douglas Whyte is crowned King Of The Valley for a record fourth time, it just might be the re-start of a beautiful friendship. And partnership.