WHAT TO DO, WHERE TO GO IN HONG KONG: OUR GUIDE TO GETTING THE MOST OUT OF 2016 LONGINES #HKIR WEEK (PART 4)

Kowloon. What can we say about Kowloon? Not much really other than to dodge the touts selling this and that and fake everything down Nathan Road. And no matter what anyone tells you, you’re not going to find the best Indian curries in Chungking Mansions- “mansions” being a rather odd term to name a cheap dive for backpackers and shysters from the sub-continent and various parts of Africa- Gambia being their most popular last port of call. Some tourists love the multi cultural aspects of the building that’s a maze, but to longtime Hong Kong residents, Chungking Mansions was a dump and still is a dump.

Kowloon is like this strange other world to those who live on Hong Kong side. It’s certainly not what it once was and when this was where all the action happened and many were singing, Hey, Big Spender.

These were during the days when upmarket karaoke and escort clubs were where many of us concluded huge business deals before partying like it was 1999. Maybe it was 1999, but who’s counting? It was nightly parties with Eastern European beauties and visiting celebrities like Goldie Hawn and Kurt Russell who had come to see the freak show, and why the very popular- and as Donald Trump would say, HUUUUGE- Club Volvo, later renamed Club BBoss, had a gold Rolls Royce indoors to drive customers around. Kowloon really was the place to go. And many jockeys, trainers and owners were regulars of Club Volvo and Club BBoss, both owned by a horse owner and huge punter. Lovely man and extremely generous. 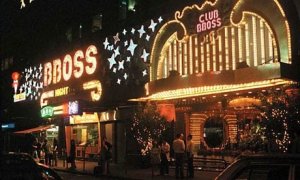 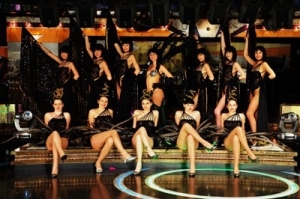 Today, one can have tiffin at the Peninsula Hotel just for the bragging rights when speaking to those who have never been there, and maybe take in a Happy Hour at the Intercontinental Hotel. But there’s not a helluva lot else going on. 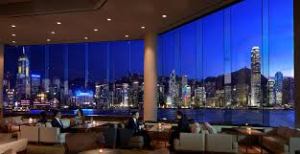 There’s Knutsford Terrace, Kowloon’s answer to Soho, with its long buffet of different restaurants offering various types of cuisine, but none have particularly made an impact on us where we’ve needed to rush back for seconds. It could be fun for a dinner with a group of friends, but so can every other place around.

Meanwhile, the one-time walk on the wild side through Tsimshatsui East is today a tame stroll through an area trying to find itself again. There’s an excellent Filipino covers band some may remember from nights at Spicy Fingers in Wanchai at the newly reopened club that is Sticky Fingers, but people make any place jump, and there wasn’t much jumping when we were there last week. Plus, be warned that finding the loo would even be difficult for Indiana Jones. “It’s a trip” takes on a whole new meaning. 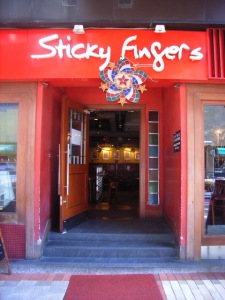 Away from the city area of Kowloon, it’s always worth exploring the Mongkok night market where it’s all about bargaining and fake designer everything and, once in a while, coming across a classic collection of vinyl records.

Further away, there’s the very funky seaside area of Sai Kung which is great for a long lunch that can turn into dinner. The area- very much part of old Hong Kong and preferred by many expats who made their home here instead of the hustle and bustle of city life- is very chilled and with some excellent restaurants. Don’t be surprised to bump into jockeys Zac Purton and Neil Callan and their families here. Though boasting the only Sri Lankan restaurant in Hong Kong- AJ’s which we found pretty disappointing- there are plenty of other choices. Go for it and make it a day out. Highly recommended. It’s Funky Town.

WHAT TO DO, WHERE TO GO IN HONG KONG: OUR GUIDE TO GETTING THE MOST OUT OF 2016 LONGINES HKIR WEEK (PART 2)

1 Response to WHAT TO DO, WHERE TO GO IN HONG KONG: OUR GUIDE TO GETTING THE MOST OUT OF 2016 LONGINES #HKIR WEEK (PART 4)