DOUGLAS WHYTE: FULL STEAM AHEAD IN THE GROUP 1 RAILWAY STAKES IN PERTH

The big news for Hong Kong racing fans so far this week was Douglas Whyte leading all the way to land the Group 1 Railway Stakes in Perth yesterday- the second time he’s won a Group 1 race in Western Australia. The first win was aboard Moriarty in the Kingston Town Classic. It was masterful ride yesterday from someone who takes everything that comes his way in stride.

Last year, almost everyone was writing him off as Yesterday’s Man- a jockey, who, despite winning thirteen consecutive Hong Kong Jockey Premierships, always conducting himself as the consummate professional that he is and a champion ambassador for Hong Kong racing, not only had to endure a season where he lost the support of many stables he had helped to get them to where they are today, he also had to face barracking and the usual chorus of “Diiiius” from the local peanut gallery. But, as Michelle Obama recently said, “When they aim low, you aim high”, and this season one is seeing an even more fiercely determined Douglas Whyte- determined to prove his knockers wrong, but probably also determined to convince himself that though the past has come and gone, no one, not even Joao Moreira can take away from what he has accomplished in Hong Kong, and that he still has that hunger to win- and all the experience and guile and talent to compete with the best.

Apart from lying fourth in the current Hong Kong Jockey Premiership and booking himself a berth to represent the city in the International Jockeys Championship on December 7, winning in Perth yesterday, where he rode- and also outrode- great jockeys like Damien Oliver and Hugh Bowman, proved that Douglas Whyte is hardly ready to think about retiring. One supposes racing journalists have to ask when this day might be, but there’s also the wish that they should give this a rest and speak to this legendary South African rider about far more interesting things- his early years in Hong Kong when another South African jockey- Basil Marcus- reigned supreme, and what’s taken him on this particular walk of life. 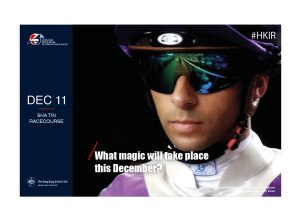 Ask him about the evolvement of Hong Kong racing and what his role might be in the future of this city’s racing, especially with the Conghua training facility in Guangzhou in mind.

Let’s focus on and accentuate the positives of racing. If not, it’s just all going to dissipate into that black hole of intellectually challenged Twitter trolls and their tedious rants, or else those witless goons who pop up with incoherent one liners that spoil it for the rest of us who are doing our part to get this sport on the right footing and to be much more than it is today.

On this subject, huge praise to all those associated with producing yesterday’s race meeting in Perth. Most of us know whose self-serving agendas are holding back the sport in Western Australia and the reticence of many “Eastsiders” to give it the credit it deserves and to help market the State’s racing. Instead, it remains the Rodney Dangerfield of Australian racing. It gets no respect and precious little coverage except for perhaps the riveting news- and it was a very silly hoax- that William Pike, their leading rider and very own magic man is now on Twitter. 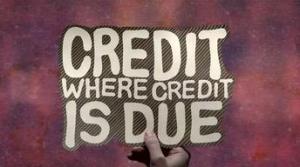 Still, the build up to and the end result to Railway Stakes Day was an extremely professional effort. It should be applauded. To those racing writers in parts of the land Down Under who chose to ignore it, shame on you. One supposes it’s better to keep writing and writing about the old and the listless and the bitter and the twisted dramas and sagas of the usual misery guts.

Racing at Ascot in Perth yesterday put every other race meeting in Australia to shame- Ballarat, the dinky toy racing at Rosehill, Eagle Farm and Morphetville. It was great racing backed up by the always professional and excellent race calling of Darren McCauley, the number of marquee value names the meeting attracted, and, of course, that magnificent win of Douglas Whyte, something celebrated by all those who don’t have short memories. To them, Douglas Whyte is, quite simply, a legend, and it’s no secret that he loves Perth as a city, and riding there. It’s a mutual admiration society. And it will last.

A brilliant ride from one of the world's best – Douglas Whyte aboard SCALES OF JUSTICE pic.twitter.com/b83jF9V6aN

It also really wouldn’t surprise anyone including Douglas Whyte, if his most vocal and loyal fan base is in Perth.

This morning on The Sports Daily: November 18 Douglas Whyte https://t.co/XuFj7jz8Ft on #SoundCloud

Douggie smashed them, not many lead all the way in Perth. Superstar. https://t.co/TiE199s36C

Racing in Western Australia really is the little engine that can. If now only those standing in the path of its progress and ensuring that it remains an insular racing jurisdiction can be removed. They’ve been allowed to get away with too much way too easily and for way too long. It makes one wonder, Why. And who’s the puppet master pulling the strings.

1 Response to DOUGLAS WHYTE: FULL STEAM AHEAD IN THE GROUP 1 RAILWAY STAKES IN PERTH