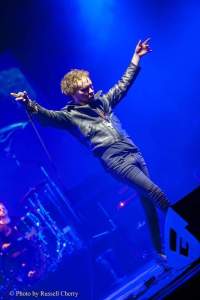 He’s also the voice behind “We’re All Here Together”, an anthemic song about racing and, especially, the Hong Kong International Races, and another original written by music executive Hans Ebert and producer/engineer Trevor Carter, co-owner of Studio 52 in Melbourne, where the recordings were produced.

And now the voice behind these recordings- Melbourne-based Jimmy Cupples- will perform ‘live’ in Hong Kong at Happy Valley on December 7, the night of the 2016 Hong Kong International Jockeys’ Championship that will see some of the best riders in the world compete including Ryan Moore, voted the Best Jockey In The World, Australia’s Hugh Bowman and Hong Kong’s globetrotting Magic Man Joao Moreira. 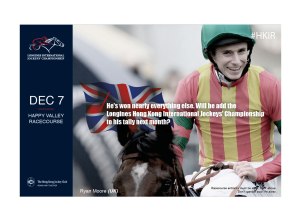 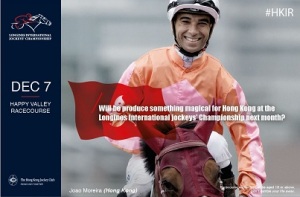 Cupples has performed with some of the biggest artists in the land down under, and is probably known best for his appearances on the 2012 edition of The Voice Australia. His surprise elimination by guest judge Seal led to the “Kiss From A Rose” singer and former husband of model Heidi Klum being roundly criticised. No one was clapping for Seal.

A cupple of Seal slips on The Voice – HERALD SUN

He’s also taking on the Robert Plant role in a brilliant Led Zeppelin tribute band that tours annually across Australia.

“Jimmy has an amazing voice and is great to work with in the studio”, says Trevor Carter. “He just gets it, he’ll always give you something extra to work with, he’s not a prima donna, and he can nail a track in a couple of takes”.

Adds Ebert, “We hope to work with Jimmy on a number of non-horse racing projects. Apart from having a great voice, he writes his own material. Working on original recordings is a natural extension to the partnership though, as always, one can’t go into something like this these days with half-cocked plans where there’s no return on time or investment. Been there, done that and don’t need another t-shirt.”

Former Executive Director with Universal Music and EMI Music in Asia, Ebert who’s also Advisor to the Hong Kong Jockey Club, has produced Remixes for David Bowie, Gorillaz, Nelly Futardo. Placebo, John and Yoko, Robbie Williams and others. He also convinced Danish group Michael Learns To Rock (MLTR) to take a hit Mandarin recording by Chinese megastar Jackie Cheung and record it in English. Called “Take Me To Your Heart”, the record became a multi million seller and made MLTR the most successful foreign act to tour the region.

Ebert recently wrote a scathing article on the state of the present music industry and pointed his finger straight at his former employers. “I now realise that working for two of the majors, I was part of the problem. Hopefully, with what we’re planning to work on with Jimmy Cupples and others, and by owning all Rights, and creating a new business model, we can be the solution”.

WHY THE MUSIC INDUSTRY NEEDS TO BE TRUMPED – WE ENHANCE