NORM SNOWDEN WRITES IN ON ANALOGIES, THE ATC AND THE SILLY SEASON 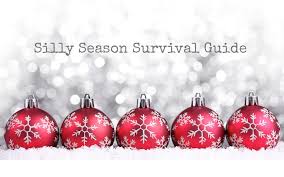 You know, believe it or not, I hate doing this, but what I hate even more is apathy, being taken for a fool and people in charge just being slack and then getting all bent out of shape when someone calls them out on it.

I start by asking a couple of rhetorical questions, that are basically an analogy. Is that a thing ? Well, who cares, as you will see. Anyway . . .

Would you leave a vase of dead flowers sitting in the front window of your home ?

Would you give false directions and cause the runaround to a lost stranger ?

Would you give a present in a box that was empty ?

Firstly, can I say that I hate websites that require you to click through to further lists. Websites that have drop downs when you hover the curser over a heading, win me.

The ATC website is the window and doorway to the Club. But all you get is notices on the front window and door of the ATC Homepage, behind them is a nightmare.

Ok, so you’re a Member and click on the Member heading and, sure enough, a further list of headings drops down, so you click on Exclusive Events. Lo and behold, a trip for the Newcastle Cup and a Young Members Race Into Spring Event.

Seriously ?!?! Um, do you think it’s time to throw out the dead flowers ?

Again, under Membership, there is Membership Promotions, click on that and one of the promotions is to earn ATC dollars by attending Canterbury night meetings and scanning your Membership card. Problem is, I attended the first night meeting recently and no scanning of card was available. That’s just slack. So every Member should advise they attended.

In the week leading up to the first Canterbury night meeting, ( that I was seriously looking forward to ), I attempted to book a table in the Guineas Restaurant, via the ATC website, even finally following the links from the weekly email.

According to everywhere I went on the ATC website, all I got was either there wasn’t even a meeting, bookings are unavailable and even that the Members Dining Room at Canterbury, the Guineas Restaurant, are now shared with the public, but nothing about booking.

I got giddy on the merry-go-round, so I gave up and decided to still turn up, not sure if the Guineas Restaurant was even going to be open and so was a walk-up.

But really ?!?! Talk about being given the runaround – gimmee a break.

At the end of the day, even though it was like pulling teeth, the night was excellent. The food was excellent, thanks to Chef Gerry, although it did border on haute cuisine, without the quantity.

I took a walk down through the public area and it seemed a very good crowd, heaps enjoying the various foods available and overall, everyone having a great night and time. It seemed to me to be a different crowd to a Saturday race crowd.

If I have attended the races, I sometimes take a walk through the crowd and observe the demographic. I wonder if anyone at the ATC really does the same ? Have they ever thought of doing an exit survey ?

Click on Racebooks at the bottom of the Home page and you get a page that tells you that Owners are entitled to a free racebook. Whoopdee doo.

So, really, the ATC Racebooks page is just an empty box.

And yes, I did email three Committeemen, 2 responded saying they had forwarded it onto the CEO and Management, also one said they regularly check the website and the other laughing it off saying that maybe it was for next year’s Newcastle Cup. The third Committeeman didn’t respond probably taking me at my word not to bother responding if it was only going to be waffle. But also I suspect that I didn’t get a response because I called this person out on the gate entry business and probably more because the ATC have one hard and fast rule – ignore HIM and HE’LL GO AWAY. I call this the ARROGANT SILENCE.

Maybe the secret lies at the bottom of the Home page.

Meet The Team is listed ABOVE Board of Directors. So does that tell you who is really running the show ?

Maybe the website is also coming out of Nigeria.

Seemingly, at the end of the day, who, out at the ATC, cares ?

Let’s move onto the ATC elections.

If you have read my previous contributions to this website, you may recall that I said that after the merger and the appointment of the quangos, the ATC would become another government authority.

Does the Chairman get an extra vote, as in a deciding vote ? Thereby 2 votes ?

So at the end of the day, the Committee is made up of a majority of NON-MEMBER elected Directors.

So now we come to the election.

Well folks, it’s not about air kisses, Chairman’s Clubs, kids face painting, pony rides, Mickey Mouse offerings, it’s about reality – costs and time to consumer, quality and quantity of product. Is it working ? If not, why not ?

Why does the ATC go into hibernation in winter ? Why ? Because it’s an easier option. But why then do “ punters “ still go to pubs, clubs, TABs and other venues. Because they have better options – free entry, cheap food and beverage, etc.

Even small American baseball teams have theme days. These might involve dress up, super cheap food and beverage, meet the players, giveaways, etc.

Maybe Canterbury could be turned into some sort of licensed Club with bars, bistro, TAB and our poker machine license that is just sitting gathering dust and then put a bookies auditorium in there too.

Most times I feel it’s just a case of turning the lights on and people will show up. People turn things on and walk away without realizing that something isn’t right or working and so the “ punters “ arrive, find the same old issues and slowly dwindle away.

It’s like building a wall of bricks, with the bricks being negatives. If there are enough negatives or bricks, the wall becomes too high to jump over, so the “ punter “ gives up and stays away. And spends his/her time and money elsewhere.

Just once, once, I would love to see and/or hear the ATC Committee and Management staff, admit and take ownership of their decisions or inaction.

Which leads me into my favorite hobby horse complaint – Members gate opening.

Everyone knows I have offered alternatives – totally ignored.

Mother Teresa is working with the poor, destitute and bewildered in the slums, queueing up in the heat, cold, wind and rain, for the handouts from the UN.

So Mother Teresa is lining up with all the needy like she is told, just to get a crumb, then out of the blue, Mother Teresa gets a telephone call from the Pope offering her a gig at the Vatican.

The Mother drops everything and readily accepts the bait for the gig at the Vatican and of course leaves the needy, poor, bewildered and destitute folk of the slums, never to return again.

But it doesn’t stop there, because the Pope offers her his second in command post and thereby possibly anointing her as a successor, which she grabs with both hands.

But long gone is the need for the Mother to line up for anything or even be touched by the great unwashed.

Of course, some of the people back in the slums are disappointed, but needless to say, they still line up, believing that someday, they might be remembered by the Mother and their sorry lot in life, changed. But if they only knew.

And so it seems that now, every election is so important, that the right people have to be elected.

We as ATC Members, in my opinion, sold our souls to the devil in amalgamating.

The Club is no longer a Club of Members FOR Members.

It’s all window dressing, it’s all air kisses and again, in my opinion, returned to being the Sport of Kings and only Kings.

Young Members become old Members and as such, their lifestyle circumstances and priorities may change. They may start a family, which impacts on both their time and disposable income. They may take out a mortgage which would certainly impact on their disposable income.

These two examples may lead to a person looking for value for their time and money. A day at the races and the costs associated with it, may have a massive impact on their decision on whether it is still even viable to remain a Member, so it is vital that the impact is contained as much as possible. I believe that, to be fair to all Members, an across the board discount should be available, at least in the hospitality at the races.

But we are told, not asked.

No questions can be asked at the Candidate forums. Only one question per Member at the AGM. Issues are covered over with the “ privacy “ or “ in confidence “ blanket.

My concern in this election is that people may be elected and even though they stated all good intentions, become just another Mother. They will forget where they came from, who they represent and simply toe the line. Roll over and use the well-worn platitude of them being only one voice on the Committee, yaddah, yaddah, yaddah . . .

I urge all eligible Members who can vote, ask the candidates questions on where they stand on your issue(s), but more importantly, ask them HOW they are going to achieve something they have promised or will it be just another, “ no child will live in poverty . . . “ throw-away line ?

But most important, I ask you to attend the forums, the AGM and VOTE.

2 Responses to NORM SNOWDEN WRITES IN ON ANALOGIES, THE ATC AND THE SILLY SEASON