THE MELBOURNE CUP, CREATIVITY, HONOURING GREG MILES AND WHY EVERYONE LOVES JOAO

Sometimes when you don’t expect much, you get it all. And yesterday’s Melbourne Cup Day had it all and more. The early murmurs were nothing to get inspired or enthused about: “This year’s Melbourne Cup field is one of the weakest in years”. “Hartnell will just win so just back that now and don’t bother watching the race”. “Hartnell won’t even run in the first four and neither will Jameka”. Whatever.

That’s the beauty of horse racing: Its unpredictability and the oneupmanship. Often one has to wonder if, to some, it’s the thrill of winning or being proven correct about, well, everything, but especially hunches and mail, but where no bets are placed, and only “knowledge” wins out.

Bragging rights and “I told you so about Lloyd Williams” are still ringing in my ears. And what an incredible accomplishment by the only owner (and trainer?) to now win five Melbourne Cups, and, at the same time, make a two minute commercial for sponsor Emirates during the presentation ceremony. It is a brilliant airline, Lloyd with some spectacular stewardesses. Fly me, I’m Mandy.

From the moment Joao Moreira won the first race at around 20s on the Waterbottle-trained Invincible Star, which had many associated with that stable shaking their heads, one felt there was something in the air. And not just another Emirates flight landing.

As usual, the Magic Man charmed many with his smile when he won and a shrug of the shoulders and a smile when he was narrowly beaten, especially in the big race on the aptly named Heartbreak City.

Even when he loses he wins. The Magic Man who’s quickly become The Ladies Man had some Down Under- there’s no other way to phrase it- wanting to either squeeze him or pick him up and take him home with them. His wife might not like that, ladies.

As for The Race That Stops A Nation, no one could begrudge Kerrin McEvoy winning it aboard the Robert Hickmott-trained Almandin. Wait: Has anyone actually seen Robert Hickmott? Then again, Team Waterbottle was conspicuously quiet despite training a treble. It might just have been one of those low key days for some.

Still, it was a brilliant training effort and a superbly timed ride by Kerrin McEvoy. When racing pundits- and there are many- try to tell those outside of Australia who the three best riders are in the land down under, one politely nods to experience. Personally of the three, only Hugh Bowman stands out. In these books, added would be Blake Shinn, pictured below, who rode a brilliant double,and, until he wins, the often overlooked McEvoy.

There’s going to be enough written about Kerrin McEvoy and his win by learned racing writers, though as a racing hobbyist, it’s quite exceptional that the rider’s sister-in-law Michelle Payne and brother-in-law Brett Prebble have both won a Melbourne Cup each, and yesterday, he won his second.

It was a great day’s racing, there were highlights throughout the day, but one name should not be allowed to fade to black: Greg Miles.

Apart from being the best race caller in the world- by many lengths- he’s also the consummate professional who called his 36th Melbourne Cup. Wow!

If the VRC doesn’t honour this gentleman for everything has already given and continues to bring and unselfishly give to the sport, here’s one person who would be very disappointed. One doubts, I’ll be alone.

Congratulations to Greg Miles on extending his record of Melbourne Cup calls to 36 – another fantastic call #MelbourneCup pic.twitter.com/gD4Xtn7R86

As mentioned often, this is 2016. The world has changed and continues to change. Those who are fortunate enough to be given and jobs as “racing executives” need to get off their high horses, listen to the little people who help pay their salaries and keep horse racing alive, think out of the box once in a while, and give credit where credit is due: Greg Miles called all ten races with full fields brilliantly, and has long deserved the recognition that one hopes he finally receives. Okay? Okay.

The VRC really should honour Greg Miles and give him his own #MelbourneCup. What a professional. What an amazing caller.👍 #GregMiles

CREATIVITY IN HORSE RACING: AN OXYMORON

Recently, we’ve been watching a series of brilliant commercials produced by Hermes for its Galop De Hermes product line and applauding their creativity, and where the technique is not the idea. The work is stunningly simple, it cuts through the clutter, and is timeless and ageless.

We’ve also asked why the advertising for horse racing can’t be this refreshing instead of continuing to plod along the same weather-beaten path. We keep asking this question to the loud sound of a roaring silence. But wait, we take that back: The work by France Galop is consistently brilliant. It’s work that makes horse racing attractive, inviting and gives every event a personality. Sacre bleu, there are so many of their ideas, we’d love to rip off and call our own. As a friend says, Jealousy must be earned. It’s probably why we’re extremely jealous of the creative work of France Galop. They’ve set the bar so high, many of us are killing ourselves trying to lift ourselves even halfway. Merde.

The JRA produces the off-the-wall advertising and promotions that are part of Japanese culture and can be found in how music, fashion, game shows etc are promoted in that country. It’s quirky stuff that’s like Hello Kitty in heat, and it works and travels because it’s so darn weird.

Though the continuous coverage of its races using “Wobblescope” often loses us in translation and the running of races, bringing this advertising and marketing weirdness to horse racing is a welcome change to the ubiquitous slo-mo close-ups of a hoof, a horse’s nostrils, a horses mane, the back of a rider, that early morning winter chill where someone’s galloping a horse, and, of course, that moment of victory filmed in even more slo slo slo motion. Where’s the excitement? What’s the point? And where’s the point of difference? 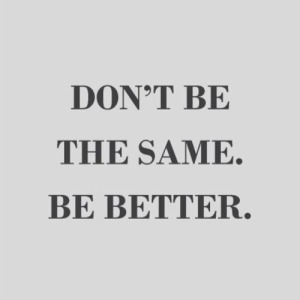 It’s boring, predictable advertising because this is often the end result of approval procedures involving committee decisions or some racing executive’s idea of what “adverts” should look like, something probably learned from reading one of David Ogilvy’s books. What’s not been understood, however, is to take what this pioneer in advertising did during his time- and how those basic principles of thinking strategically first, and creatively second, or both happening organically, can be and have been allowed to evolve. Ogilvy, John Bernbach and others inspired their teams to produce work with a passion for creative excellence as opposed to settling for Okay. They were brilliant mentors, and, unfortunately, in every industry, mentors and mentoring are in short supply.

Without this passion, all the chatter about being “customer-centric” and understanding and listening to the customer just amounts to corporate piffle on remote. It’s erring on the side of caution by so many who should never be in these roles, and play it so safe that what’s produced is vapid, fatuous, irrelevant advertising that belongs in the Eighties. And when Peter Principle people like these become somewhat brave, there comes daft and very very advertising promoting “Relaxed Racing”, or those pretentious shockers from the US featuring some former beauty pageant winner who is a racing ambassador and appeared in a series of commercials, where it’s not her voice nor her words. It’s horse racing’s Milli Vanilli. 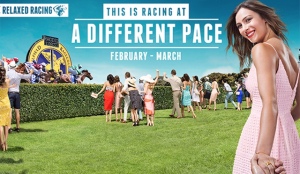 There’s then the music to these “adverts”. In Hong Kong, many involved in advertising want music to sound “grand”. Loosely translated, “grand” means pompous, and is another example of what happens when boffins get involved in areas where they only get in the way. Just to say something for the sake of it, they also ask if the music can be “more punchy”. Punchy???

“Punchy” is another typical Hong Kongism that’s been around since the days when Methuselah worked in advertising. What does it mean- this term about making the music “more punchy”? Que? Have the singer attack the lyrics with more venom? Make the track quicker? LOUDER? Mix the drums so they’re LOUDER?

Ask the agency Account Director exactly what they want, and they just stand there and repeat, “I don’t know, but make it more punchy”. Let it be said that many Account Directors- and clients- have been thrown out of many recording sessions for being punch drunk on stupidity.

Bottom line: How many racing clubs have a Director of Creative Services on their organisation charts? If there is none, who creates the creative product? A committee? The tea lady? Who, who, who, said the owl? And how can those armies of marketing gremlins market a creative product that doesn’t exist? And racing expects to attract new customers? And new sponsors? And new business partners? With what? Mindless guesswork with zero relevance? Work that’s the advertising equivalent of muzak, and with nothing in the mix to resonate with customers in the 21st century?

Again, watch the commercial for Hermes and wonder why advertising for horse racing cannot be this effective.

These two probably sneak into the beer fridge after dark…🍻 https://t.co/jrbH3E5Ihp

Worst thing is when your girlfriend says, "Look at Joao. Why can't you be nice and caring like him?" #JoaoMoreira https://t.co/ykIAGtPMKT

Tenno Sho replay, what a horse #MAURICEhttps://t.co/8JfnlW3sLs via @youtube