Regrets, there’ve been a few when it comes to “The Sport Of Kings”, but what remains the highlight- at least to date- was when a group of us chipped in HK$500 each, and won the Triple Trio for the first time- getting the first three horses in any order in races 4,5 and 6. This was on a Sunday at Shatin many years ago during Hong Kong International Week when one of the other lucky winners in the group was John Didham, the one-time Magic Man of Macau racing, and winner of five jockey premierships over there, pictured below with another former rider from those glory days- David Taggart.

With us that memorable afternoon as the orders for more of Monsieur Dom Perignon came from all sides of the table, and we were suddenly joined by new friends we had never met before who were ordering their own wines- on our tab, of course, was a new jockey to Macau known only to John at that time named Sammy Hyland. 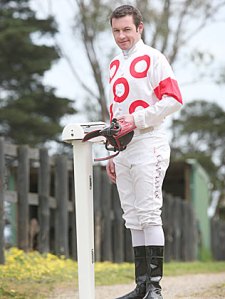 The problem was that Sammy had the winning ticket, but was nowhere to be found. His phone was off and we wondered if he’d got mugged, got lost, or had done a Usain Bolt. So, while (former jockey) Peter Leyshan proudly showed us a new book on Shatin Racecourse and the two pages devoted to his double on the first day the track opened to the public, we nodded politely, but our thoughts were elsewhere: the whereabouts of Sammy Hyland with our winning ticket.

Sammy eventually appeared, none the wiser of the win, and added to the drama of the moment by searching for the winning ticket and wondering if he had lost it. Through it all, Johnny Didham sat there with his trademark grin on his face and reassuring us over and over again that “Samuel is a hundred percent”. He was and still is, and the Bromance between the two former jockeys continues today like a straight version of Brokeback Mountain.

The collect wasn’t huge, but it was the pride and happiness in snagging the win. It was a win that took us to the expensive Italian restaurant Nicolini’s at the Conrad, and then across the harbour for some Group 1 Russian caviar at Club BBoss along with some Martell Cordon Bleu and plenty of karaoke sung very badly. But who cared? It was the end of Hong Kong International Week, and we weren’t just celebrating our win. This was a toast to friendship and being able to be ourselves without any phoney airs and graces. That night we were the Kings Of The World and the Werewolves Of Wall Street.

Since that day it’s become an annual ritual to figure out and buy the triple trio on the Sunday of every Hong Kong International Races Week. With at least two of the legs being the Group 1 races, it’s definitely the best chance to win the bet- again, not big money, but for a small outlay, a very good return, and one that’s now been won by different groups of us around 4-5 times.

Winning aside, it’s all about the camaraderie and the endurance to last the distance of the after-race party and long after that. It can be tough going as a long day at the races can turn into a Marathon Man run of the fittest, and the day when many are poured into their flights back home.

This HKIR Sunday is also when you seem to bump into the entire racing world. Over the years at Shatin, we’ve met everyone from former jockeys Peter Miers, Glyn Pretty, Nigel Tiley, Lester Piggott, Michael Kinane, below at the Champagne Bar with a member of the band Starsailor, and Brent Thomson to the late Michael Hutchence from INXS, racing personality Francesca Cumani, Longines brand ambassadors in actress Kate Winslet and actor Simon Baker, trainers David Hayes and Gai Waterhouse. There’ve been more, but who’s counting?

The World Turf Championships, the United Nations Of Racing, HKIR Week, it doesn’t matter what it’s labelled. This special week in December isn’t about slogans. It isn’t about hashtags. It isn’t about “influencers”. It’s something far more special. It’s a tale of two cities that takes place in two vastly different racecourses, one at Happy Valley, the other at Shatin in a very unique city called Hong Kong. 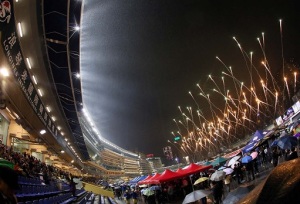 Hong Kong racing fans sometimes forget how darn fortunate and lucky they are to have two such contrasting tracks, one on each side of the harbour. And during that week in December, each track plays host to some of the best racing in the world- racing that’s so different because of the atmosphere, the vibes, if you will, of each track. One is relaxed, casual and a brilliant Happy Wednesday night out. It truly is an international carnival of racing on what is always a memorable night. Sunday afternoon at Shatin is all business and appreciation of the sport with its superb programme of world class racing. It doesn’t get any better. 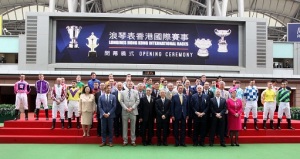 Happy Valley and Shatin during Hong Kong International Week are as international as Hong Kong itself. With its United Nations Of Racing comprising the world’s best jockeys, trainers, owners and horses, you start to realise just how far this event has traveled since that Sunday we won the Triple Trio at Shatin- and from the time this idea was first conceived by the late Alan Li, then Chairman of the HKJC, and a passionate racing man with an impeccable head of hair.

Was it only three years ago that a relatively unknown Brazilian from Singapore named Joao Moreira won the Hong Kong International Jockey Championship? Was he really told by a racing writer at the After Race Party at Adrenaline in Happy Valley Racecourse that he might do quite well here? It doesn’t matter. It was being caught up in the moment. It was yet another back story to add to the HKIR novel. And what stories there have been… 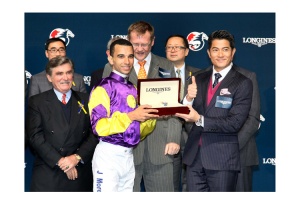 A few years earlier, for instance, there was an intense conversation between a group of us and Frankie Dettori about how he should launch a clothing line under The House Of Dettori label.This was at the Champagne Bar which, at one time, was the favourite place to meet up during International Week. That same night, former jockey Neil “Knackers” Paine, below, met, for the first time, the brilliant French rider and his idol Olivier Peslier. 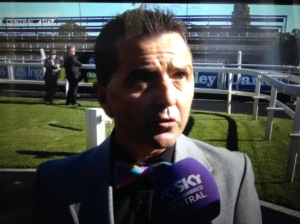 “Knackers” kept referring to the Frenchman as “Oliver Pissler”, and when asked where he rode, boasted how he only rode at the best track in New South Wales- Kembla Grange. Those were also the days where there were some outrageous celebrations at JJ’s upstairs from the Champagne Bar, surreal dinners at Wyndham Street Thai, and when Shane Dye, below in Macau, would sip a Coca-Cola and hold court at the greasy spoon in Lan Kwai Fong that was Al’s Diner, where many would congregate before deciding where to go next.

So many stories, so many memories- the year Moreira won the International Jockeys’ Competition, the night we introduced a somewhat overweight Indian friend of ours to everyone at the Champagne Bar as “the number one jockey in Turkey” to looks of amazement mixed with bemusement. “What’s the lightest you ride, mate?” asked a well-known Australian jockey to which our friend, without missing a beat, replied, “I only ride heavy”. The Aussie mumbled something about, “They must breed some big horses in Turkey” and wandered off. The good sport that he was, our friend, who knew nothing about racing, spent most of the night signing autographs on napkins: “Abdul. Champion jockey of Turkey”.

During this special week, many have fallen in love with Hong Kong, and some have thought, or might have actually found that missing romantic link in their lives. Whether this was at Escape or Lan Kwai Fong or dragon-i, it doesn’t matter. It happened. It was part of the adventure that is Hong Kong International Races Week. 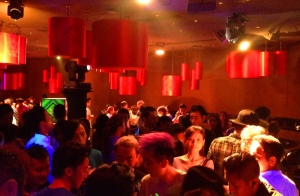 Of course, there will always be the memories of the on-course performances. The best? It’s tough picking one “best” from all “the bests” seen over the years. The wins of Able Friend? A Shin Hikara? Going back in time, Viva Pataca? Vengeance Of Rain? Good Ba Ba? The stunning wins of Silent Witness that became the pride of Hong Kong?

There’s then the brilliance of Gerald Mosse, who is still the only jockey to win all three Group races- twice. 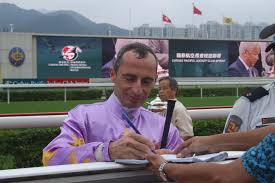 There’s the great double by Douglas Whyte on Akeed Mofeed and Glorious Days. There are the winning rides of Frankie Dettori, Olivier Peslier, Christophe Soumillon, Michael Kinane, Darren Beadman, Ryan Moore …Where does one start and where does one end? It’s a book that constantly needs to be updated. 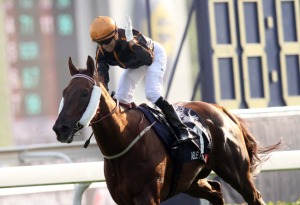 Hong Kong has changed. Every year, this city changes. This past year has been the year it’s changed the most creating a future that’s something for the people of Hong Kong to figure out and decide who and what works best for them.

To those who’ll be making the annual pilgrimage to Hong Kong in December or late November, Lan Kwai Fong is not what it was. Sheung Wan and Kennedy Town are the new Lan Kwai Fong with their new restaurants and bars. They’re the new meeting places along with The Lobster Bar at the Island Shangrila, the Blue Bar at the Four Seasons and new whiskey bars like Stockton’s. The Champagne Bar is not what it was, but, my oh my, if only those walls could talk.

But the best places to meet are at the racecourses at Happy Valley and Shatin- the Beer Garden and Adrenaline at the former track, and Hay Market, below, or any of the private boxes, or just about anywhere at Shatin.

What each track does is bring people together- total strangers and racing fans, all there for different reasons, but, in the end, there to cheer on the main attractions- the riders and the horses.

The regulars will be back again in December to soak it all in. We, who live here will play host to friends and newcomers from overseas who have been looking forward to this visit all year. It’s about enjoying everything Hong Kong offers. It’s readying for the races with all the information that’s been collected. It’s about the racing. And it’s about snagging that Triple Trio again at Shatin on December 11.

Share your favourite HKIR story by writing to either info@Racingb.com or HKIR@Fasttrack.hk

1 Response to THE HKIR DIARIES