It could not have happened at a better time for Spring Carnival racing after the prolonged trials and tribulations that Australian racing is still plodding through. Saturday’s feature racing in Melbourne and Sydney was literally what the doctor had ordered. Racing made its seasonal return from hibernation and tedious politics and delivered a very special day of Group One racing at Caulfield and an enticing cameo at Randwick in the Spring Champion Stakes. 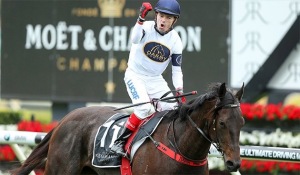 Four Group Ones at Caulfield increased crowd numbers which even took the Melbourne Racing Club by surprise with a real buzz and good vibes complementing a great day, weatherwise, along with a and an excellent card of racing, dominated by some very special female equine athletes.

Australia’s champion racehorse Winx was centre stage to strut her stuff, and as is expected with champions, she did not let her fans down. Forget the three horse field argument, which, not unexpectedly, the News Limited flagship in Sydney- the “tele”- did its best to hyper ventilate over. Winx turned the “border war” on its head, and as Hughie Bowman nailed it so succinctly, the three horse race provided- just for a change- a conversation point about racing. He was right. And now this great champion has a date with destiny in a fortnight as she attempts to go back to back in the Cox Plate.

Easy as you like! Wondermare #Winx blows her rivals away in the @Caulfield Stakes. pic.twitter.com/nBJsyAodvS

Like Black Caviar and Makybe Diva before her, and the great Silent Witness, Winx is racing’s headline act. And the whole world loves a champion- particularly if the champ is a female. And the big tick for racing is that it keeps the turnstiles ticking over and sends news crews out to cover every inch of the story across all mediums – print, electronic and online. It becomes a mainstream story. It takes horse racing out of being pigeonholed by the usual suspects.

The best thing for racing last Saturday is that girls dominated the features. Winx, and a star in the making in Global Glamour, trained by, who else, but Australia’s first lady of racing Gai Waterhouse and her new training partner Adrian Bott, took out the 1000 Guineas. And to make it an even better story, Global Glamour, having just her fourth start in a race, is owned by a bunch of passionate racing fans – females to boot.

Global Glamour wins for 40 of the most influential woman in the industry. What a story to tell ladies! #ItsAllAboutTheGirls 💕🙋🏼 #1000Guineas pic.twitter.com/FH4PS7ZXMD

The scenes in the stands and the mounting yard during the running of the 1000 Guineas, and after the race was what racing is all about: Sheer exuberance and unbridled joy. Let’s have more of this instead of the self-serving agendas that have become one big turn off. Onto things positive…Two of the four Group Ones to the girls,and three of the four Group Ones to training partnerships, two of them family entities. It’s the changing face of racing. Thankfully so.

Over at Randwick, the Group One Spring Champion Stakes also succumbed to Girl Power. The David Van Dyke-trained Yankee Rose, a diminutive filly by comparison with many of her gender, and ridden by Dean Yendall, turned in a stunning performance giving her male opponents windburn as she stormed from the rear of the field down the Randwick straight to claim her Group One and book a clash in a fortnight with Winx and Hartnell in the Cox Plate. Could this super talented young upstart with Yendall aboard upstage the champ Winx and her main challenger Hartnell?

Only time will tell, but,thankfully, the Spring Carnival is off and running, and the girls are leading the charge to get racing on the front pages and leading the evening news bulletins. And for all the right reasons.

If it was an exhibition gallop for Winx at Caulfield in a three horse field, then the HKJC, known for its world class racing product, must have been feeling extremely generous at Sha Tin on Saturday, where Winx became wince.

As Saturday afternoon races in Hong Kong are usually so-so affairs because this day of the week is still half a work day, it’s the only reason one can come to for allowing John Blance, below, to call the races- and have senior race caller Brett Davis sit things out, though on-course and on-air in the role of a presenter along with Paul Lally and new boy Andrew Le Jeune. THREE presenters AND the always professional Paddock Parade expert Jenny Chapman??? Pourquoi?

One can only hope that it was just an off-day for Blance as especially cringeworthy was his call of the sixth race, where, if not watching the races, one wouldn’t have known what the hell was going on. Messy would be an understatement. And it’s not just us who recoiled in horror at what we heard. We received calls, messages, and know that current and former executives of the HKJC listened with raised eyebrows and the shaking of heads.

This is one of, if not the best racing club in the world. All aspects of its racing product must be of Group 1 quality. Mediocrity cannot be allowed to fall through the cracks. 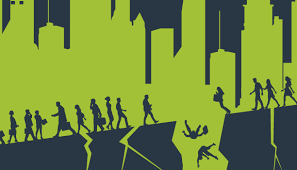 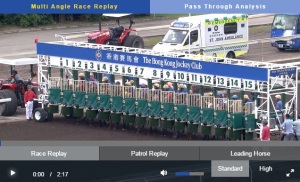 Blance tries his very best, and appears to be a nice chap, but he’s not a ready for prime time player. Maybe in time. But not yet. Two races later, he even managed to confuse Charity Joy (5) with Flying Force (7) in an important photo finish. There’s a number 5. There’s a number 7. Geddit? Perhaps waxing lyrical in the earlier race about the long-striding, gangly, unusual looking, unusually named easy winner and gelding Lucky Girl, ridden by Kei Chiong, when one wanted to know what horses were running into the placings, had taken its toll and brain freeze set in? These things happen.

We’re always prepared to give new talent with potential a chance to learn from their mistakes. And we have. John Blance’s rehearsals every Happy Wednesday at race calling have become the excuse for some to rush to the balcony of Adrenaline or the rails at the Beer Garden to watch the races and shut out the verbal clutter.

So, after all this time, has there been real signs of improvement? Or is John Blance not receiving the proper guidance? Does he need some production tips? 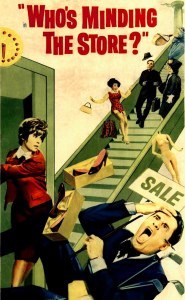 Still on the subject of this current hand-picked English broadcast team, a team picked after months of interviewing and turning down so many- the experienced Mark Shean, Wayne Harris, Anthony Manton and others- someone please give presenter Edward Sadler a handkerchief. The nasally whining, reminiscent of actor Kenneth Williams from the “Carry On” series, is hardly music to ears. In fact, it makes us want to “do a Van Gogh”. Friends, countrymen, here, take our ears. They’re bleeding.

AND THIS IS WHY HE’S THE MAGIC MAN 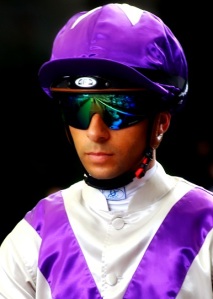 On Saturday at Sha Tin, he performed his latest magic trick. He might not have been riding a Group 1 horse, but, instead, an average Class 5 galloper named Invisible trained by our longtime friend Caspar Fownes. And after a lacklustre season last year, “Casibah” is back where he belongs- at the top of his game and with a positive mindset. Drawn barrier 14, Invisible was racing down a class, carrying top weight over 1200 metres, and was first reserve who managed to get a start. Moreira had not ridden the galloper before, he had done zero trackwork on it, and yet, the rider nicknamed “Ghost” back home in São Paulo, had the horse beautifully placed on the rails after just 300 metres. “Ghost”, Magic Man became The Miracle Worker.

Then, like Moses parting the Red Seas, he looked for an opening, zig zagged his way through the field, brought his horse out wide, and caught a startled looking Matthew Chadwick aboard Rugby Diamond, who looked to have the race shot to bits.

Looks can be deceiving when the “Ghost” is around. Action speaks louder than words, so see some magic unfold for yourself. It’s something those new to horse racing should watch and appreciate the skills and quick thinking of a great athlete who makes winning look easy. It never is. 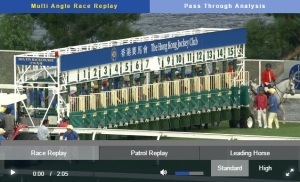 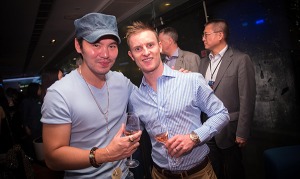 How? Write in to Competition.RB@gmail.com and tell us the name of this young fella pictured below who grew up to be Hong Kong’s favourite horse racing son. Wait. There’s more.

With your answer add your three favourite racing moments during Hong Kong International Races week. The winner will be picked as part of a lucky draw. Deadline: November 25, 2016.

One more thing: Remember the ongoing Fast Track Hong Kong and HKIR week trivia competition. Prizes include a dinner for four at Adrenaline on Longines Hong Kong International Jockeys Competition (HKIJC) night(December 7) and a lunch for four at Hay Market in Shatin on Longines Hong Kong International Races(HKIR) day(December 11). Entries should be sent to hkir@fasttrack.hk. Deadline has been extended to Oct 19, 2016.

Happy Birthday to John Lennon who would have been 76 today ☮️👌🏻☮️ #johnlennon #imagine pic.twitter.com/xS26A4O27G

Hillary Clinton has a message for women still voting for Trump. #SNLinManuel pic.twitter.com/c5lPrlWVr2

There's a lady who's sure all that glitters is gold
And she's buying a stairway to heaven..#LedZeppelin pic.twitter.com/NiEXB1qYxM

Read about the jockey who left France in despair and has returned a superstar https://t.co/oDgJU10xUs pic.twitter.com/LQxbmm5kXB

it was a great edition of the Arc at @fgchantilly! Races, happy people and a marvelous site! See you next year! pic.twitter.com/CrF3q6baPQ

To the victor goes the spoils! Also Domeyer an unstoppable force in #JockeysChase. #ItsARush pic.twitter.com/Cl3KRI7EWF 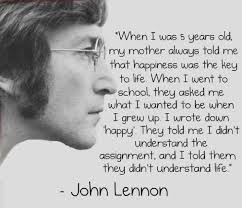