WHY TABCORP DESERVES TO COP IT

Technology is a wonderful addition to lives and to different industries and companies- so long as one knows how to use it. And it appears that Tabcorp are still grappling with the very basics. We have no idea how many people they have manning their telephones, but it’s painfully obvious that they’re woefully understaffed. Their current staff- usually, some very lovely ladies doing their best- deserve a bonus for hanging in there under what must be very trying conditions. 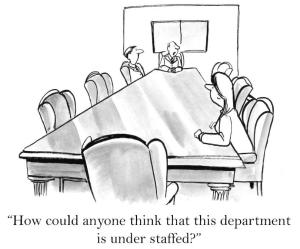 Especially when trying to place a bet on the weekend on a city race in Victoria, the odds are that you will be put on hold for so long that you’ll never get on. This problem persists even on mundane weekday meetings. There’s then the inordinate amount of time taken for winning bets to be paid into accounts and a snail’s pace when it comes to the flow of information. On Wednesday, customers knew that the Morphetville meeting had been abandoned after race two before the phone operators at Tabcorp. Please.

Add to these Fawlty Towers, their “revolutionary” voice-activated programme to take bets, especially early on a Sunday, seems to have been developed to test a caller’s patience. Speaking to a recorded message that doesn’t understand what you’re saying isn’t exactly fun. It’s bloody irritating- more so when when you haven’t got on and it turns out to be a winning bet. 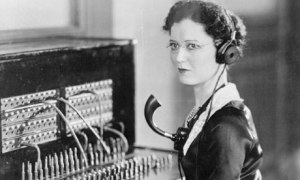 At a time when many corporate bookmakers are being spurned- finally- for cutting off customers once they start winning- customers are expected to keep losing???- Tabcorp really can be the only game in Town Australia by offering exciting new bet types. But like the wall-to-wall racing from all around Australia shown like a dog’s breakfast on the various racing channels with the odd race from Bhusan thrown in to confuse matters even more with the races from Hong Kong hardly shining through the clutter, lethargy and turning a deaf ear to the complaints and suggestions from customers will continue while plodding along refusing to believe that the wheels fell off ages ago.

As we should know by now, Twitter is a strange place, where often nothing is real and there’s always something to get hung about, especially as far as the horse racing community in the land down under is concerned. Often, it gives credence to Andy Warhol’s prediction all those years ago that in the future everyone will have their fifteen minutes of fame.

Let’s sidestep whether the social media platform is good for racing or that there are those who drag the sport into the gutter. Thankfully, there’s freedom of speech, and there are people with extremely intelligent things to say about where the sport is going wrong and offer solutions. The question is whether anyone with the power or willingness to make those big changes is listening.

If all these Twitter rants are falling on deaf ears, what’s next? A strike? Storming Le Bastille?

More waging of lone wars? The latter could even become fodder for libel and defamation of character suits, something that we understand will soon become a major legal issue with another social media delivery platform. Personal attacks should never ever be tolerated. Just read some of the tweets emanating out of the U.S. where the upcoming Presidential Elections have taken on a very ugly turn led by those cheerleaders known as Fox News.

On the horse racing front, we were somewhat taken aback recently when “advised” who we should and should not follow on Twitter, and that if a tweet includes this and that person to not expect their “engagement”. Why? “It might land us into trouble via association”. Ahhhh, so it’s a bit like You’re Judged By The Company You Keep- on Twitter??? Guess so. There’s more to this, but let’s leave it here for the time being.

Big Brother watching tweets from racing fans and keeping tabs as to who’s communicating with whom is more cause for alarm than any tweet criticising, let’s say, the incompetence of a racing club. If true, there’s something very sinister going on and reeks of a fear-based workplace. If true, it’s creating a toxic industry by those actually hired to make horse racing a business with a brilliant and positive future. Or have we got the reasons for these hires wrong? But also very right, Batman?

THE ONGOING SAGA OF LUCKY YEAR

We hope everyone just get a grip on reality. One hears that Lucky Year winning the HKSAR Chief Executive Cup on the opening day of the new Hong Kong racing season has got the former owners of the galloper excited again. 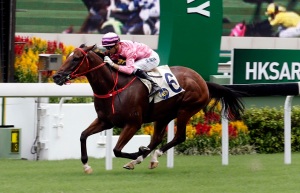 Without going through old terrain again about the sale of the horse to Hong Kong connections who was once trained by Chris Waller and thought to be average at best, and the fallout from the sale, let’s just say that sometimes things just don’t go according to plan. 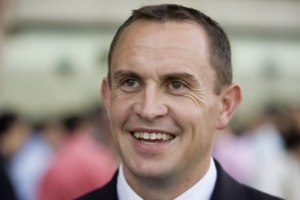 Everyday, horses are bought and sold, and everyday someone believes they have ended up with the short end of the stick. And yes, there are many times when owners have been sucker-punched and sold duds. But getting back to Lucky Year, now trained by Danny Shum, he’s been a revelation since being sold to Hong Kong where he’s now won seven times in twelve starts and never at odds of over 5 to 1. He’s not the “no hoper” he was back in Oz. Maybe the Hong Kong connections took the galloper to see a feng shui man. Maybe Lucky Year took to dim sum. Maybe trainer Shum sings to him.

Let’s just think about this: If the horse was a budding champion, why sell it- and for what wasn’t very much- certainly nothing like what has been paid for some real slow ones that have been sold to Hong Kong owners over the years with promises of great expectations?

The Lucky Year saga should just ride off into the sunset without the same whinging regurgitated every time he wins. And who knows if the winning might have come to an end despite trainer Danny Shum, who, after his most recent win on September 3, started talking about plans to have him race in the Group 1 Japan Sprint- even though entries closed on August 16. Oh dear, Danny Boy, your pipes, your pipes, need cleaning.

Mercifully, now regular rider Joao Moreira helped thaw out Shum’s temporary brain freeze by diplomatically mentioning that, though a galloper with potential, Lucky Year is hardly up to Group 1 standard at the moment and would not have a chance in Japan. At the moment.

As for the horse’s syndicate of former owners, from what we understand, they all agreed on the sale, they signed off on it, and they’ve all made a small profit when they could have been racing a losing proposition in Oz. They took a punt. The fact that Lucky Year became much more than even a trainer the calibre of Chris Waller could not predict and was willing to see the horse leave his stable says it all. Does Waller have any regrets about letting the horse go? And to see it win seven races and around AUS$1m in stakes in Hong Kong? Who wouldn’t have regrets? It’s like selling anything at the wrong price- property, a business, art etc- and then suffering from terminal regrets. Sadly, that’s life. In the case of Lucky Year, that’s racing and s*** happens. Case closed and now move on with no looking back in anger for scapegoats and overdosing on sour grapes. The next run of Lucky Year is going to be interesting as the horse goes for lucky win number eight.

1 Response to WHY TABCORP DESERVES TO COP IT