TIME FOR RACING TO CONFRONT THE ANIMAL ACTIVISTS

Imagine if you were a dog, a cat, a chicken, a cow, and even a horse. Would you entrust your welfare to a group like PETA (People for the Ethical Treatment of Animals) – the animal activist lobby group known for its “loud hailer” approach to animal welfare issues, or to any of the other activist groups? Would you?

PETA, a rag bag collection of political activists well versed in demagoguery and at using the media, “celebrities” of the fake and wannabe kind, and a sprinkling of starry eyed but naïve bleeding hearts, is well known for its belligerence in prosecuting its own agenda. Its success as an activist organization in the US has been massively boosted by the use of “celebrities” and glamour – a very intelligent manipulation of the psychology of “guilt by association” at its most distractive best.

But. unlike the best known animal welfare lobby group – the Royal Society for the Prevention of Cruelty to Animals (RSPCA), which undertakes much of the mainstream heavy lifting on animal welfare issues, PETA’s language on such issues is provocative and highly emotive and agenda-driven, targeting industries who, using their own words “abuse animals for human entertainment”.

So what about the shameful acts of cruelty inflicted on animals, day in day out, in the wider community? Just this week, the Melbourne Herald Sun reported some of the most horrific statistics compiled by the RSPCA for the financial year recently concluded in the greater Melbourne area. The statistics revealed a shocking tally of over 12,000 animal cruelty cases reported and identified by the RSPCA.

The public silence by groups like PETA on such horrific documented acts of animal cruelty has been deafening. Yet these same groups have taken enthusiastically to a well-crafted campaign targeting the Australian horse racing industry with a single agenda of its wholesale ultimate destruction.

Is it any wonder that the hypocrisy of animal activist groups in cherry picking issues and fights with industries that go weak at the knees when confronted by them is starting to be increasingly exposed as little more than humbug and bullying?

The Australian racing industry has had ample warning that the animal activist lobby is coming after it. Yet, its response, deeply entrenched in its DNA, is reactive. When was the last time Racing got proactive – on any one issue? Racing is adept at crawling under the nearest rock when confronted or challenged on anything. Its leadership is continually intimidated – internally and externally. It is incapable of articulating some of its greatest strengths, choosing instead to succumb to the bluster and blatant intimidation by interest groups and individuals preying on its weaknesses.

Racing has been a soft target for animal activists whose narcissistic behaviour and well organized communication strategies have gifted them opportunities to demonize racing and the many participants whose dedication to the welfare of their horses and to any members of the animals kingdom is REAL, unlike many of the animal activist groups and individuals who “milk” the issues for little more than ego driven photo opportunities and seeing their names in neon lights. 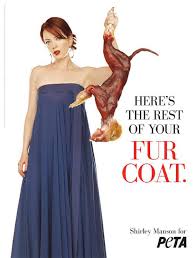 Interestingly the selective agendas of the animal activist groups against horse racing can be starkly demonstrated by their deliberate reluctance to apply the same scrutiny to equestrian sport. Dressage, endurance and every part of equestrian sport is as challenging as horse racing. It has the same, if not more, taxing impact on a horse’s muscular skeletal system. Yet, the activists choose not to go anywhere near the equestrian world. Why? Imagine the public outcry if the animal activists dared to encroach on the many pony and riding clubs which have a special place in every Australian rural community and across every demographic?

And the silence has been equally deafening on the two Olympians participating just a few weeks ago in Rio in equestrian events who were disqualified on grounds of cruelty to the horses they were riding. But then, denigrating the Olympics is heresy, isn’t it? And the animal libbers know when to overtake and look the other way, don’t they? That’s how hypocrisy “works”.

Whilst it is easy for organizations like PETA and their impressively titled Campaign Managers and Associate Directors to finger point at racing with meaningless and vacuous throwaway lines such as “Cruelty should have no place in 21st century entertainment whether it be the track, the zoo, the circus or the rodeo”, the bottom line is that if they are really serious about addressing animal cruelty in a holistic way, then they should address the horror that is documented in the RSPCA statistics on animal cruelty. It is an indictment on these animal activist groups that animal cruelty is being administered on such a systemic level in Australian society.

When and if Racing wakes up from its slumber and exposes the moral bankruptcy of these groups and individuals, it may restore the respect which the industry as a whole, and all those associated with it deserves.

Just like the neon lit vacancy sign at a cheap motel, there are Vacancies galore in the upper levels of Australian racing industry.

Let’s start at the top. Our old mate Peter “toffee tongue” McGauran confirmed what was common knowledge for quite some time in racing circles with last week’s announcement that he was vacating the Chief Executive’s chair at Racing Australia in pursuit of other career and commercial opportunities. 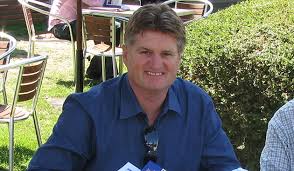 “Toffee’s” chosen exit date is December, and it is speculated that a second member of the NSW “Power Ranger” triumvirate, Racing Australia and Racing NSW Chairman John “the messiah” Messara, will follow “toffee’s” parachute pathway out of NSW racing’s corridors of power, leaving Monsieur Vlundies the lone wolf left to fight the good fight, which he has a penchant for doing- and has done over- during his laborious and acrimonious reign as NSW Racing’s head honcho.

From what we are hearing, there are few takers for the position of Racing NSW Chairman – a position regarded as somewhat of a poisoned chalice unless the occupant of the position allows the tail of the Chief Executive to wag the dog.

Meanwhile “Toffee”, we hear, is heading towards a consultancy role at, of all places, Tabcorp. Interesting piece of the jigsaw given Tabcorp is clearly ramping up its lobbying armoury as it confronts a whole new wagering regulatory environment in which it is poised to become a major player. An environment made much more welcoming in light of Racing Australia’s successful lobbying of the Federal Government to introduce a major shake up, which will arguably leave wagering operators in a significantly weaker position vis a vis the pari-mutuel operators such as Tabcorp and Tatts.

Factor in the sale of the WA Tab, the merger discussions between Tabcorp and Tatts and the continuing friction between Tabcorp and many of the States over media rights, vision and the dog’s breakfast that is the Sky racing coverage, and it is not too difficult to visualize “Toffee” line dancing in his own inimitable style through racing’s power corridors and through his familiar Canberra Federal Parliament territory, which he once called home not all that long ago.

Was Saundry really Racing Victoria’s Chief Executive? Saundry’s exit has left one of Australia’s prime racing executive positions up for grabs, with no real Chinese whispers at this stage as to who might slot into the coveted role. Maybe no one with any intelligence wants it?

Racing Victoria also needs to find a new Chief Executive for Victoria’s broadcast and media arm Racing.com, vacant since Scott Perrin’s not unexpected recent departure. It also needs to find a suitable replacement for Brian Stewart, its Chief Veterinary Steward who has decided to return to a much more exciting role than “only” heading the Hong Kong Jockey Club Veterinary department.

The last piece of the puzzle at this stage is the Chief Executive position at Tasracing, hardly a glamour job with little or no cache, but one which will attract the usual suspects who have been overlooked or look over for a raft of jobs in racing, and who just dust off their tired and cliché ridden CV’s and hope for the best as they make a familiar return to their seats on the merry-go-round.

Kinda depressing from where we sit, which doesn’t say much for the future of racing in Australia and the young lions who might lead it out of the wilderness. Trying and failing to attract millenials to the sport is one huge problem. And to try and rectify this, there doesn’t appear to be those interested enough to join the racing industry- business savvy, experienced, quick learners, creative individuals from totally different and bigger industries with impressive roller decks and people skills, and not one-dimensional Yes People.

Careful, be very careful that those hundreds of thousands outside the inner sanctum of racing continue to see the sport as a tired old sport for tired old people and run by even older people without a clue how to make horse racing look, feel and communicate with that younger demographic despite all the nattering about “customer engagement”, and the role of social media to create “engagement”. And this is a story for another day- if it’s even worth bothering about as, right now, answers are nowhere to be found. The game changers racing desperately needs to broaden its customer base and make its current product look stronger appear to have better and more exciting career opportunities elsewhere.