THE ALL SHOOK UP ISSUE 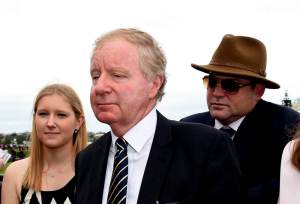 The past two weeks have seen more of these senior figures in the management and administration of Victorian racing snared in the spiders web that has been carefully woven by counsel representing embattled trainers Danny O’Brien and Mark Kavanagh at their appeals against disqualification relating to the cobalt charges found to have been sustained by the Victorian Racing Disciplinary Board.

Their counsel, Damian Sheales, from what we have learned and observed from the coverage of the Appeals tribunal, is clearly someone who goes for the jugular, and takes no prisoners. And as legal counsel, so he should.

His hard hitting cross examination of witnesses appears to be the entrée to the main course when the two main targets – Chief Steward Terry Bailey and Chief Veterinarian Brian Stewart- have the blow torch applied to their individual bellies when they take their place on the stand.

But this week, the headline carefully concealed by the mainstream media was the startling allegation put by Sheales to former Victorian Steward Kane Ashby and later to disqualified trainer Sam Kavanagh that Racing Victoria Chairman David Moodie may have been the “canary” in Peter Moody forewarning Danny O’Brien that he was about to be notified of a positive to cobalt in January 2015. Yes, almost an eon ago.

Interestingly, this startling allegation, and it must be stressed it is an unsubstantiated allegation, was not reported in the mainstream media. Not in print by News Limited or Fairfax and not by Racing Victoria’s own Racing.com. No surprise here. And more on the vapid racing.com another day. Soon. 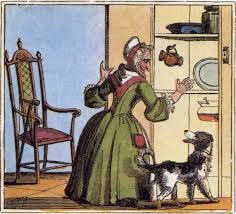 Whilst Ashby denied knowledge of any “leak” of information, his response to Sheales’ question if he would expect the Chairman (of Racing Victoria) to be informed about cobalt positives before the trainers were told, was instructive: “ My personal view is no”.

If Ashby’s response was instructive, Sam Kavanagh went further. Racenet reported that: “Kavanagh’s (Mark), son, banned Sydney trainer Sam Kavanagh, has also been asked (by Sheales) about the evidence Moody (Peter),knew about O’Brien may have a cobalt positive. Sam Kavanagh referred to Moodie’s (David) call beforehand and said ‘It’s pretty obvious where he got the suggestion from”. Confused? Join the club.

Ominously for David Moodie, Sheales is quoted by Racenet stating that “he would ask Terry Bailey, at a later date, if he investigated the breach of confidentiality or did not because of who the person was believed to be”. Again, we ask, Confused?

It would also be interesting if Sheales asked his client O’Brien when he is called on to give sworn evidence, to enlighten the Tribunal on the contents of the conversation he had with Peter Moody.

All that aside, and acknowledging the allegations raised by Sheales, are unsubstantiated, the collateral damage to the Racing Victoria Chairman David Moodie, to senior Racing Victoria management, to the organization itself and to the image of the Victorian racing industry that has reached irreparable proportions. For the sake of the Victorian racing industry, it is to be hoped that the allegations against Moodie are not substantiated.

Breaches of confidentiality and leaking of confidential information are serious issues. They don’t get more serious than that, and, generally, result in guilty parties falling on their own sword.

David Moodie faces the prospect of his name and reputation being dragged through the courts over the next month. It is not a good look for the Chairman of Victorian racing’s governing body.

Racing Victoria has not had a “good run” with its Chairmen. It would not surprise the least if the Racing Minister intervenes and revamps the Governing Body. Racing Victoria appears to be doing a good job of inviting intervention and hastening its own demise.

THE LONG OVERDUE WAGERING SHAKE UP

It’s not a question of if it will happen, but when. The Australian wagering market, deregulated within an inch of its extreme possibilities over the past decade, has reached the limits of its expansion in the present form.

That is welcome news to a number of stakeholders in the Australian racing industry – from the pari-mutuel operators Tabcorp and Unibet to the expanding and increasingly vocal anti-gambling lobby and their friends in the Federal Parliament.

Far more important is the growing opposition to the saturation advertising by the corporate bookmakers at live sporting events and on free to air and pay TV and through online channels promoting their betting products, and even the persistent texting and harassment of clients enticing them with a plethora of products offers and incentives. 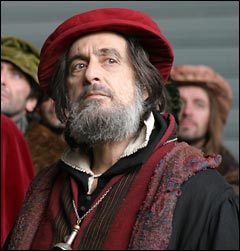 Community anger at this persistent intrusion of their personal space by this saturation advertising has reached a tipping point and with anti-gambling crusaders now playing a crucial role in the newly elected parliament, the in-your-face advertising strategies of many of the corporate bookmakers will be under severe scrutiny. 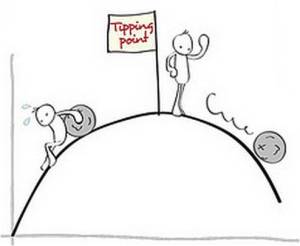 The corporate bookmakers themselves have feasted on the failure of the pari-mutuel tote operators and their joint venture racing industry partners to develop and implement effective strategies to counter the cannibalisation of their market share by these well organized “invaders”. So much so that the expansion of the wagering market over the past decade or so has been largely been confined to the corporate bookmakers and their on-line wagering products which have been innovative and importantly been extended to sports wagering.

But the low cost model under which the corporates operate- and have done so successfully- has reached a point where the size of the Australian wagering market is not anywhere near large enough to accommodate the number of corporate bookmaking organizations in the market place. Their margins are sinking in a market of over-supply and multiple choice, and, in some instances, their balance sheets are tipping over into red ink territory.

An important factor in all of this and which has flown under the radar is the basic commercial principle under which the corporate bookmaking sector operates. Their business model, like every other commercial enterprise, is based on profit.

However, with the corporate operators, and for that matter any wagering operator, the business model is predicated entirely on punters losing. And losing billions over any given period of time, and regularly.

It is also the greatest point of vulnerability and flaw in both their business model and brand.

The arbitrary limits linking the size of wagers to maximum successful take outs and applied to punting clients has resulted in governing bodies such as Racing NSW’s legislating to force wagering operators to comply with less restrictive limits. Likewise, the ability and power of wagering operators to arbitrarily shut down accounts which are regularly in the black and successfully attacking their bottom line has angered punters and done little to arrest the decline in their public image.

The dissension in the wagering operator ranks is also beginning to show with Crownbet and Sportsbet committing to comply with the Federal Government and Northern territory Government’s directive to cease offering in-play wagering pending legislation being presented and rubber stamped by Federal Parliament.

Not all wagering operators have ceased offering in-play wagering, which has only served to add an even steelier determination to the Federal Government to tighten the screws on the sector. And there’s more. Credit betting is almost certain to be outlawed, and if the wagering operators read the tea leaves, they would be well advised to cease harassing their punting clients with regular texting and cold calling enticing and incentivizing them to “gamble till you drop”

Sportsbet and Crownbet have also rightly predicted that there will be a consolidation of the corporate bookmaking sector. That consolidation is imminent and a series of mergers or takeovers inevitable. The Australian wagering market, whilst one of the most lucrative in the developed world, lacks the size and scope for expansion and for the proliferation of wagering operators which has occurred over the past decade.

Against this background, you can witness the smiles on the faces of Tabcorp and Unibet. The two pari-mutuel operators whose merger is only a question of when it will occur, are poised to wield their soon to be acquired monolithic power and give the corporate wagering sector a “real” run for their money. Its role reversal time. The prey will become the predator, sooner than later.

GERMANY TIGHTENS THE SCREWS ON WHIP USE

Wonder what the Jockeys Association thinks of the new whip rules which have been adopted in Germany? The new rules usher in harsh penalties for offending jockeys, with a maximum of five strikes with a whip permitted in a race, not the ridiculously confusing and meaningless Australian rules dividing a race into sections before and after the 100 metre marker.

The catalyst for the harsher penalties was last month’s German Derby where the winning jockey Dario Vargiu and runner-up Freddy Tylicki lost 75 per cent of their riding fees and suspended for four days for striking their horses nine times during the race.

Surely it’s about time the Jockeys Association and Racing Australia called a ceasefire to their wasteful war of attrition on the entire whips issue and worked on a united exit strategy to minimize the use of the whip in races and counter the dangerous, and yet winning strategy of the Animal activists to infiltrate the hearts and minds of ordinary Australians?