IS PERTH READY FOR A NEW MOVEMENT?

They were almost all there in Perth- the leading concert promoters in the region, the usual coterie of music executives who always find a way to attend one of these conferences, mainly for the free ride, and to check out the five-star hotel bar, and trailing behind them were the wannabes, groupies and hangers-on of the music industry in Australasia.

As always, missing were the Chinese music industry leaders. To them, they had and still have better things to do. To them, these tribal gatherings have always been a waste of time and an excuse for, mainly, the “gweilos” (foreign devils) to get together and talk the talk knowing it will all be more Much Ado About Nothing. It’s chump change time. What made this particular music conference different, however, was the Big Picture hanging in front of it that was truly visible. Maybe not to all.

After years of music conferences around the region held under various disguises and guises like the daft “Save The Music” non-starter, here was one that actually made sense, and not another exercise in transparent flim flamming by charging participants well over US$1,500 to attend. Of course, the costs for music executives to attend were picked up by head office. For the organisers, it was and still is a business model with the outsized pie divided where five were for me, the organiser of the event, and none for you, the participant. Music didn’t and doesn’t matter. It was always unequal parts substance and flatulence, and, not unlike the lame racing conferences that attract the retired and semi-retired worker bees and supercilious hashtag dweebs, nothing of substance was ever achieved. But this music conference was different.

Called OneMovement, and first held in Perth in 2009, here was something that looked, felt and smelt like being more than another toothless music gabfest where speakers spoke, few listened, other meetings were being held outside of where the conference was being held, and where name cards were exchanged, promises made, where everyone was a “bro” or “dude”, and then everyone went back to their respective corners and nothing happened.

At OneMovement, despite the usual suspects and the usual bollocks, there was enough of The Right Stuff to keep it going, keep it growing, and bring the regional music and entertainment industries- and Western Australian racing- together. Of course, everyone attending this conference, including huge racing fans in Organiser and legendary Aussie concert promoter Michael Chugg aka “Chuggie”, below, and Michael Gudinski, never factored in the racing element. It was a huge opportunity that went astray- for WA racing, for music, for Perth as a travel destination, and, well, how long is a ball of string? Even legends screw up, or can’t see the forest for the trees. 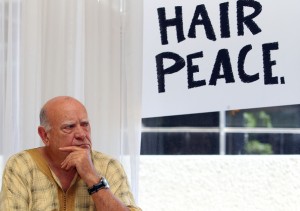 OneMovement, with no time difference between Perth and Singapore, Malaysia and Hong Kong, and a few hours away from almost everywhere else in the region, was all about convenience, and a destination with a wonderful outdoor venue minutes away from where the conference was being held- the Parmelia Hilton. That first year, over forty acts performed on the weekend- acts from Japan, Taiwan, Thailand, Korea, India, New Zealand, of course, Australia. It was the first time I had ever heard the brilliant Sarah Blasko. 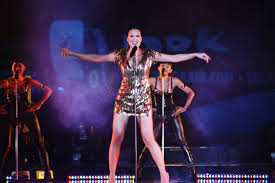 The entire event and its business off-shoots screamed out OPPORTUNITIES- opportunities for the entertainment industry, and though it was somehow never discussed at the time, opportunities for the entire Australian racing industry. And the sooner, many in racing in Australia start looking at WA racing as part of a whole, the better. Insular thinking leads to navel gazing.

Yes, we all know the various problems that are currently holding back racing in Perth and WA, and the need for a new broom to get rid of the rubbish that’s caused the rot and decay. We know about the problems that have crept into Perth as a city in the last few years. To say, Perth is not what it was would be an understatement.

But having said that, in a champion rider like William Pike, very much the Joao Moreira of WA racing, they have a star- a star, who. by the way, rode three consecutive winners on the one race day for John Size during a short stint in Hong Kong when he was pretty much an unknown. 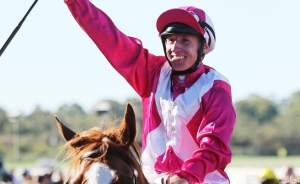 Though “King William” is in a class of his own in WA, there are hugely talented young guns like Clint Johnston-Porter, Lucy Warwick and Randy Tan, a number of other very good riders, trainers like Grant Williams, Fred Kersley, Neville Parnham and Simon Miller plus the imposing figure of owner Bob Peters, below with wife Sandra.

If only horse racing had more owners with the wherewithal and professionalism of Bob Peters. WA racing, meanwhile, is being fobbed off way too flippantly by senior racing executives in Victoria and NSW who should know better. Or, at least for the big bucks they’re being paid, should know much more about the players involved in WA racing, and how to come to its rescue than someone dabbling in the business of the sport in Hong Kong. 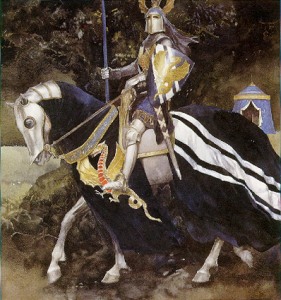 As for OneMovement, at the conference that first year, the Keynote Speaker was songwriter Diane Warren, pictured below, whose hits include Aerosmith’s “I Don’t Wanna Miss A Thing”, Toni Braxton’s “Unbreak My Heart”, “Because You Love Me” and hits for everyone from Tina Turner, Rod Stewart and Tom Jones to Justin Bieber and Rita Ora.

David Holmes, manager of Coldplay, made a cameo appearance, and was a drawcard for those in the region who had outta whack plans for their fledgling bands. Still, it’s good to dream. There were a handful of oldsters amongst the Speakers like Seymour Stein, who recalled the very early years of working with Madonna and Kiss, and received the usual polite and respectful applause they deserved. And though there was the usual quota of bs, there was that thing called Hope. Not high hopes, but enough hope to get this party started.

At a time when Hong Kong’s very successful Happy Wednesday brand was still trying to find its feet, a OneMovement partnership between the leading music and entertainment companies in the region, and horse racing in WA, could have been an incredible breakthrough. It’s still not all lost.

Though for reasons no one has mentioned other than a lack of support- really?- OneMovement spluttered almost too quietly to a stop after a couple more conferences, and was deemed a losing proposition. It could have been a hasty decision. For example, look at how Singapore has reinvented itself. Though horse racing in the Lion City has sadly become the sound of one hand clapping despite a very good roster of riders, the former staid city that always lagged behind Hong Kong when it came to everything, has a far more thriving night life today, it has better musicians, it’s the region’s international media hub, it’s doing everything to attract Hong Kong businesses, it has F1 Rocks to coincide with the Singapore Formula 1 Grand Prix, and has become what Perth should have been in bringing the regional music- and where Singapore has failed- racing industries together. 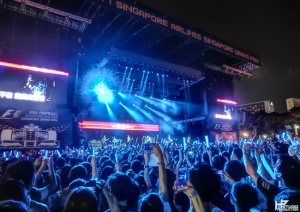 Should OneMovement or a new business model that combines entertainment with horse racing in WA be introduced as an annual event? If an investor like Bob Peters can somehow be involved with whoever and whatever is involved in reviving Perth as a tourist destination, what do you think? But first, put down that half-empty glass of water. It won’t be easy, but as Yoda said, Impossible Is Nothing. And traveling down that same road can be a boring journey to Nowhere. 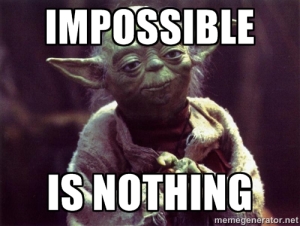 IS IT A BIRD? A PLANE? NO, THAT WAS PAKISTAN STAR!

The video of his win has gone viral. And why not? Apart from the call by a surprised- and that’s putting it mildly- Brett Davis, and a look of shock on the face of jockey Karis Teetan, who was posing for the cameras thinking he had won on second placed Bear Chum, it’s not everyday that you see a horse tailed off, seemingly struggling, and then pick up the leaders as if they were standing still by gliding down the outside, and with the jockey barely moving a muscle. But that’s exactly what the Tony Cruz-trained Pakistan Star did at Shatin on Friday- Reunification Cup Day.

A HK$6 million purchase in March at the HKJC International Sale, the German-bred Pakistan Star- and recommended by not who many think had the wherewithal to have this horse checked out in the first place- was not even mentioned by Hong Kong’s wide expanse of professional tipsters. This was another dent and blow to their credibility as far as the newbies to the Sport of Kings, who don’t like losing, are concerned. Losing is a concept they don’t understand when supposedly being guided by those who know better. And how many times are they meant to lose before seeing a light at the end of the tunnel to keep them in the game? 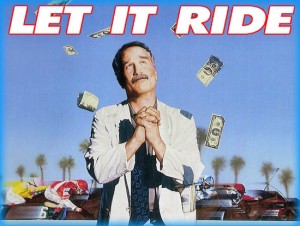 When interviewed on that wonderfully illuminating HKJC production that is Racing To Win, Matthew Chadwick, who rode Pakistan Star to that mind-blowing win, was not even asked about the horse. He was interviewed at length about his ride Grand Prize, which failed ingloriously. Pakistan Star, meanwhile, won at 16 to 1- not exactly cricket score odds, which means that it was quietly fancied, probably by Hong Kong’s small Pakistani community. 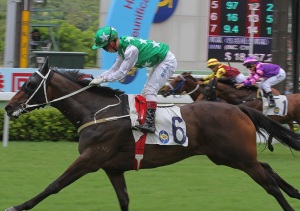 Said trainer Tony Cruz, “I didn’t even back it. Even if I did I wouldn’t have got the quinella. The horse definitely has potential, but is pretty stubborn and does what he wants. On Friday, I guess somewhere during the course of the race, he thought, ‘Oh, well, let me show them who’s the boss!’ I couldn’t believe how quickly he ran that last quarter. Matthew didn’t even have to really touch him. He never even broke into a sweat and ate up really well that night”. Finally, some honesty. Continued Cruz aka Putha Man: “Of course, the owners were happy, You know them- Kerm Din and his family. Being Muslims, they don’t even bet. They also don’t drink, which meant I got their bottle of champagne for the horse winning.” More refreshing candour from a real straight shooter.