Instead of another “horse racing” story starring the usual suspects- and, gawd knows, plodding down this well-trodden path can be tedious for all concerned- I thought I would share something written for the music industry. Frankly, it could be for any industry. Even horse racing.

As we all should realise by now, this is not only a world gone very wrong, it’s a world without priorities, where no one thinks twice about taking in the strays and the clutter- and the consequences of doing this. Or pontificating about #Brexit without even knowing what it all means and what will happen next. A weaker pound will make it less expensive to purchase horses from the UK, Einstein? This is a priority? This will make the world a better and safer place? We’re surrounded by supercilious dweebs and their fawning yawning flock of flapping seagulls heading nowhere.

We are being engulfed and prepared to drown in a sea of mediocrity and media manipulation without questioning where all this is coming down from and separating- really separating- right from wrong, and substance from all that is puerile.

We need those old fashioned ideals back again because what has replaced them are not only soul destroying, they’re tearing us apart.

In the horse racing industry, it’s time to look at a business model that needs fixing and changing to be much more than it is today as well as finding positive ways to change the perception of the sport. Only the most rabid racing fan stuck somewhere back in the future with Marty McFly will think that everything is just perfect and the wheels haven’t fallen off.

As in every other industry, those running horse racing clubs have to show real leadership skills. The time for puffery has gone, along with pulling the wool over blinkered eyes and thinking there aren’t those out there who cannot see the users, losers and six-gun weepers with no direction of home. No one is impressed with past successes. It’s about being relevant in The Now.

More than anything else, it’s actually knowing what The Now is instead of being stuck inside of Mobile with the Memphis Blues again and singing another chorus of “The Great Pretender.”

For everyone else in racing- everyone- it’s about having a sense of pride in the sport. Not more empty chest-pounding, but looking at how each of us can be a better ambassador of a sport we love. It’s about giving it a new and more important Voice. It’s about not settling for good enough. It’s about breaking the pattern with new ways of communicating what horse racing is and can be. Take a bow, France Galop.

It’s about not being dazzled by showbiz and fleeting flights of fancy with no staying power. All this does is further dumb down an already dumbed down world that we have, somehow, allowed in and are leaving for this generation- and the next- as their inheritance. Gee, thanks, Mum and Dad. 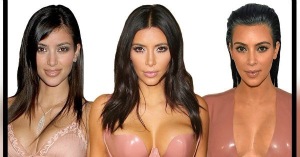 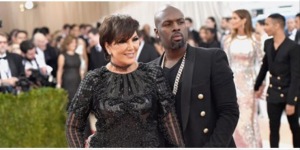 You might disagree with what I’ve written, and that’s fine. It’s at least the start of communicating with each other. And wherever and whenever possible, I’ll be more than happy to sit down and have a real conversation with anyone about anything- a conversation that’s not shackled to 140 words or less and comes with a hashtag for company. And with that, I’m off to bed.

Americans are finally waking up to the corruption & manipulation from our government and media, all thanks to Trump. pic.twitter.com/FDwC28XsWk

Maybe something good will come out of this Anything Goes world where, somehow, the bogey man has crept up on us and turned us into a generation of muppets unable to tell right from wrong, stupid from clever and manipulation from real-life priorities, and real talent from pseudo celebritydom. Maybe. Of course, when you’re rich and powerful, you can say any shit. You can say the same shit over and over again and hope to hell everyone has forgotten how many times you’ve failed to deliver on promises. It doesn’t mean that this time it’s going to stick. Or happen. Give it a rest, girlfriend. There are those who see right through you.

When John Lennon sang on “Strawberry Fields Forever” how, “Nothing is real and there’s nothing to get hung up about”, he didn’t realise what was to come. He was a dreamer giving the world way too much credit- that they could see right from wrong and have the moral fibre to make decisions for themselves and stick to them.

Some of us still can- make those decisions as to whether we wish to play in the sandbox where majority rules, or delete all this clutter that some decide to “share” and make important. There’s nothing going on out there that is more important than reining in this Anything Goes world. Our kids and future generations deserve better. But the genie has escaped and it just might be all too late because nobody’s right when everybody’s wrong and there’s a two-ringed circus going on in America these days with late night television hosts getting in on the act. It’s all an act.

Behind all that chortling and approved and ticked-off by armies of legal teams what’s to be asked and off-the-cuff banter is MEDIA MANIPULATION, people. It’s fake. Donald Trump and Hilary Clinton in “Carpool Karaoke” with Barack Obama? Why not? It’s a fucking ratings game! It’s all showbiz.

HOW HAVE I ONLY JUST HEARD ABOUT THIS I LOVE HIM Barack Obama on 'The Tonight Show' – "orange is not the new black" https://t.co/NchsNQK6kf

There’s freedom of speech and freedom of expression, and then there’s that Brain Freeze Moment when we click and do our part to make the ugly and the discardable important. Come on, we’ve all done it, and just hope no one remembers. Clutter has become news, and too many in today’s “modern” technology-driven world have completely lost the plot by desperately trying to be relevant, or be “first with the news”. We’re all click bait for the carrots dangled.

This is what social media has reeked on us- and too many accept it all without asking, “Why?”, or how something might affect fragile minds, and whether all this everything that is often nothing has not impacted the rampant acts of violence in the supposed civilised Western world- the random shootings, the Hate crimes, the vitriol spouted by those who have been Trumped, all the blank space given to Taylor Swift’s latest Bonky Man, Kanye West’s disturbing and creepily choreographed piece of “art” for his song “Famous”. Not to give it anymore oxygen, but for those who haven’t seen it, here it is. Is this right? Is this to be simply accepted as the work of a “genius”, or that all Yeezys suffered for their art? Come on, this is a blatant publicity stunt that has nothing to do with with music. If anything, this just hides the fact that Kanye West, relevant around eight years ago, has completely lost it- and that Kendall Jenner has beaten him at his own game by being a whole lot smarter. Notice how she distances herself from the Kardashian circus?

One can say, live and let live and that no one is asking anyone to accept any of this- or all the fallout, and the glorification of the ordinary. But there are those growing up who think that all this “stuff” out there is part of life today. Priorities are being lost to manipulation. Lost in translation? Wishful thinking. We’re lost in exploitation and manipulation. We’re pretty darn close to not knowing who we are and all those principles we proudly carried with us when we began our life journey.

Celebrities have become products, and these products are being sold to a generation who doesn’t know any better. Why have the Kardashians reached such a ludicrously iconic status that began with a purported “leaked” sex tape of Kim Kardashian? Many of us have been lousy teachers, that’s why. We opened the doors and let everyone in without checking their credentials. Admire “momager” Kris Jenner? For what? An alleged affair with “Mr Nice Guy” OJ Simpson when he was married to her best friend Nicole Brown Simpson? Living a marriage with Bruce/Caitlyn Jenner that was a complete lie? Pimping her daughters and creating a totally dysfunctional family with their notorious relationships for all the world to see almost 24/7, and for many to think that this is alright? That this is what being an “entrepreneur” means? At least, some of us knew when to call it a day when sex, drugs and rock and roll started to take its toll.

Andy Warhol was right, and also very wrong about everyone being famous for fifteen minutes. Today, those fifteen minutes might belong to a tweet, but a product like the Kardashians and all its many off-shoots go on forever and dovetail with the supposed “art” of Kanye West and Taylor Swift’s obviously choreographed love life along with her “squad” of Mean Girls. A few years from now, she’ll probably marry an old Tom Cruise, and which will be announced to Oprah, who will by then be Queen Oprah of America, and duping her flock with another new diet regime. I cannot take her sanctimonious serving of low carb waffling anymore without having to heave.

There have always been vicious circles, but there has never been one this big. It’s been helped along the way by people like you and me. By adding our two bits to everything out there, we help keep the nightmare alive. We add to the bollocks.

I write because it’s a creative release. It’s cheaper than playing mind games with a shrink. It’s necessary Me time. Do I care how many people read it or agree with what I say? Not at all. Why am I not on Facebook? What for? Unless for business reasons, I wouldn’t even be on Twitter.

I applaud those who make the time to meet people in the real world and have meaningful -and even meaningless conversations. It’s like that song Barbra Streisand sang about “people needing people”. I feel good about myself when I make the effort to do the same. It’s about not being shackled and addicted to an insular and fake world, where no matter how hard you try to get away from, it has this nasty habit of sucking you in and engaging in half-arsed “conversations” that have no relevance to the real world going on around you. Why? How? Maybe we’ve lowered our standards? Maybe we need to become more exclusive and stop fawning over false idols? We definitely need to get away from the “haters”- those angry, fugly, illiterate guttersnipes.

Where did, and where do these “haters” come from, and what happens when even one of these “haters” jumps from this weird and messed up social media world where nothing is real and everything to get hung up and angry about to the real world armed with guns and thinking that it’s okay to hate?

That’s not okay, but this is exactly what evil feeds on and what keeps the nightmare of manipulation and mind control alive. And there’s something to be said and done about mind control and gun control before we end up in an even worse place than we are today. Ignorance is not bliss.

Donald Trump says he's glad the pound has crashed because more people will go to his golf course https://t.co/aq5OY0TK7q