Even the great magician and illusionist Harry Houdini would have shuddered at the unnecessarily and inexplicably risky high stakes misadventure played out by racing.com in its negotiated agreement with the Hong Kong Jockey Club to bring ‘live’ telecasting of the Shatin and Happy Valley race meetings to their free to air Channel 78 and its on-line network.

It would surprise no one in racing to expect that the average punter- and the mug punters- and you could fill the MCG and SCG with them and still have plenty of room to accommodate late arrivals- would be blissfully unaware that Fixed Odds and Corporate Bookmakers are persona non grata in Hong Kong. But the management and executives of a racing media business seeking to negotiate a broadcast rights deal with one of the most powerful and successful racing jurisdictions in the world?

It beggars belief, doesn’t it? But, then again, day in day out, week in week out, the lack of leadership in Australian racing keeps getting exposed. If it is impossible to find a needle in a haystack, then finding a smart leader in Australian racing with a sharp intellect who can read the play around him, think proactively and stay ahead of the game, is racing’s very own needle in that confusing haystack.

Consider for one fleeting moment, the state of play in this instance with racing.com and the Hong Kong Jockey Club, and it makes the whole mess even more mind boggling, embarrassing and downright unprofessional. Racing.com is in bed with two corporate bookmakers – Crownbet and Ladbrokes. They have paid big money to flog their fixed odds products on the Victorian racing channel. Their arrangement excludes Tabcorp, the Victorian racing industry’s joint venture pari-mutuel wagering partner.

In the opposite corner is Tabcorp, which co-mingles its pools with the Hong Kong Jockey Club, one of the world’s most powerful and successful racing jurisdictions. Consider also that in wagering in Hong Kong, the Jockey Club’s monopoly ensures it is the only game in town. Corporate bookies would give their collective gonads to get a slice of the lucrative Hong Kong wagering market with their fixed odds products. But they can’t. And they won’t in the foreseeable future.

So, for racing.com to even attempt to brush off the saturation “sell” of Crownbet and its fixed odds products during last Wednesday night’s inaugural telecast of the Happy Valley race meeting, which caused a near international diplomatic incident, and blame it a “misunderstanding” in the interpretation of the agreement with the Hong Kong Jockey Club just does not cut the mustard.

Perrin, who, with his brother Matthew, founded the once successful global surf wear brand “Billabong” appears to have little experience in media and television. He has the support of Seven West Media, the racing.com joint venture partner with Racing Victoria. But for how long is anyone’s guess.

The Seven Network has not achieved its dominant position in broadcasting by tolerating errors of judgment at any management level. And as for ShaneO, a regular visitor each year on the Jockey Club media package for the International races in December, and who prior to joining racing.com was a self-styled “international” racing guru with Sky, one wonders what role if any, he played in the negotiations and the final agreement, Batman.

As General Manager of “Product and Delivery”- delivery of storks? Babies? Mail?- he should have been all over the negotiations and agreements like a proverbial cheap sequinned suit from Shenzhen. And with his “international” knowledge and familiarity with Hong Kong racing, you would expect someone with his “knowledge and expertise” to have been called on to execute a forensic thoroughness in ensuring such a glaring stuff-up would not have happened.

There should have been no room for any “misunderstandings” or “misinterpretations”. If ShaneO’s understanding of the Hong Kong racing model and how it operates was not accessed, then it exposes a glaring deficiency in how racing.com is managed and administered at an executive level.

The war weary Victorian racing industry does not seem to get any respite with skirmishes breaking out on all fronts. Many of the issues are not confined to Victoria alone, so it doesn’t take an Einstein to work out the root of the problem. It is the systemic failure of leadership in the industry in Australia’s leading racing State. 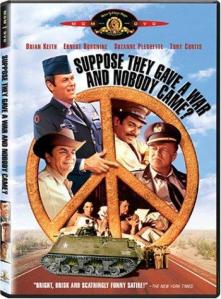 Peter Moody, who, taking his own words at face value, was having a break away from racing during his six month suspension over his own horse Lidari’s cobalt positive, returned to the fray with his usual bluster, and cleverly using the political strategy of the former PM Tony Abbott, launched an attack on Racing Victoria. Like Abbott’s, it was an attack cleverly laced with quotable slogans. It rekindled memories of “stop the boats”. And as history has shown with the demise of Tony Abbott, slogans and lowest common denominator rhetoric have a very short life span and are no substitutes for intellect and constructive argument. 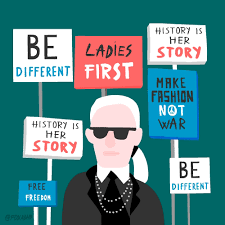 Moody took the baseball bat to Racing Victoria, its Integrity and Veterinary departments and the Board, whose chairman David Moodie was Peter Moody’s biggest client until the suspension. Surprisingly, the janitors escaped his venomous outburst, which centres around the unnecessary and ill-judged public commentary by Chief Steward Terry Bailey on the re-testing of the samples for cobalt by accredited laboratories in the cases involving Danny O’Brien, Mark Kavanagh and the Hopes. Bailey should have zipped his trap and let the appeal process take its place. But like Bill Bailey refused to come home, Terry Bailey, can’t help himself.

Having accused Racing Victoria of “burning” industry money over pursuing the cobalt cases, destroying the businesses of the trainers involved in the cobalt cases, and a “cover up”, Moody called for the culprits who he had identified to “walk” from their positions and for Racing Minister Martin Pakula to intervene.

One would hate to think where Moody would have finished up if he had made such comments about Racing NSW. Did someone say out loud “The Star Chamber?” And did someone else mention something about a “show cause” notice? Yes, Moody is right. Racing NSW would not have “burned millions of dollars” in legal fees or the exhaustive testing regime of the Victorians. The cobalt cases would have been done and dusted in Black Caviar-like sectionals, verdicts delivered, penalties dished out and life would have gone on in sin city like O-Bla-Di-Bla-Da…

Moody’s outburst, of course, brought out his coterie of cheer leaders onto social media to cheer on their “peoples champion”. The problem for Moody and for the arguments he was prosecuting was that there was not one piece of intelligent commentary on the whole issue from his cheer squad- just a nauseous repetition of the same old, same old pathetic commentary.

The calls for Moody, in particular, to be treated differently because of his “wonderful” contribution to racing is akin to asking for Maria Sharipove to be pardoned for her “unintentional” drug positive in lieu of her wonderful record in women’s tennis championship tournaments. And to be truthful, the voyeurs in life might be the ones denied enjoying watching her sleek frame chase her opponent’s return serves on the tennis courts if her two year penalty sticks. Rather Sharipova fully clothed on the court than Moody naked in the Mediterranean. Please. 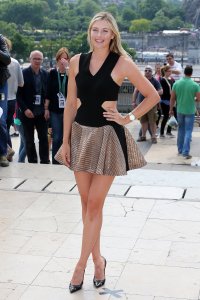 And then there were the ludicrous comments from many of the usual suspects who take to social media to defend their heroes questioning the integrity of the laboratories which performed the testing of the samples. The two laboratories – ChemCentre in Western Australia and the Hong Kong Jockey Club’s Analytical Centre- have performed their roles diligently and without any questioning of their integrity. The Hong Kong Jockey Club laboratory, like every other part of the Club’s operations and structure, has forged a world class reputation and is an acknowledged world leader in racing.

Whilst not “accredited” for cobalt testing at the time the tests were conducted, to even hint that samples could have been tampered with because a laboratory was not “accredited” is a “clutching at straws” insult of the worst kind.

THE LEADERSHIP VACUUM AT RACING VICTORIA

It has been apparent for a considerable period of time that Racing Victoria has a serious leadership vacuum. It is a vacuum that is expanding at an accelerating rate with a departing Chief Executive Bernard “The Plodder” Saundry at the helm of what is looking more like a “Titanic” with every passing week and month.

The kindest thing which can be said about the state of Racing Victoria is that it is a dysfunctional mess. The Chief Steward making an almost daily or weekly ritual of commentary on policy is like the head of the umpires or referees department making policy comments in the AFL, Cricket, the NRL or Soccer or for that matter any other sport. Such commentary is made by the Chief Executives of those sports. But not in Victorian racing.

Then again, it should be recognized that Gillon McLachlan, James Sutherland, Todd Greenburg and David Gallop understand and relish their leadership roles. They acknowledge that the buck stops with them. They don’t duck for cover under the nearest table when missiles are directed at them.

It is the single most embarrassing reason why a governing body, which has retired a substantial debt, posted a record profit, boosted prize money, embarked on a substantial infrastructure program, is struggling for or has lost respect among the majority of its constituency.

It is also the reason why it is held to ridicule and why one of its senior management is reviled and subjected to venomous and vindictive diatribes in public and private.

It is a sad reflection on the Board of Racing Victoria that they have shown themselves bereft of the strength and courage to demand that their Chief Executive take control of the asylum that the Victorian racing industry has become over the past couple of years. 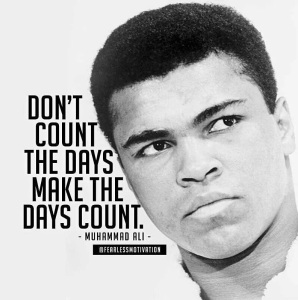