A REVOLTING HEADACHE FOR RACING AUSTRALIA

The strong and vocal opposition by the breeding sector to proposed moves by Racing Australia to bring them under the control of the rules of racing, similar to all licensed persons, threatens to escalate into another all out brawl, which Australian racing can do without.

If there was a caste system in racing, then the breeders would regard themselves as “high caste” – elitist and demanding respect and kinda worthy of being almost above the rules of racing. Their compliance with protocols, rules and regulations would never be open to question. They are racing’s very own self-styled law abiding citizens. To bring them under the same rules under which trainers, jockeys, strappers – aka all licensed persons- would be demeaning. Would you dare call the Queen, Betty Windsor? 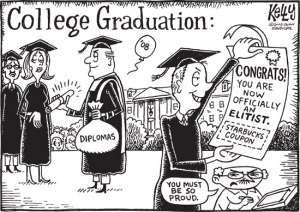 So it was somewhat baffling that Racing Australia, whose Chairman, John “the messiah” Messara, is the “emperor” of the elitist Hunter Valley breeders, with the support of Racing NSW, which, unsurprisingly, he also Chairs, is proposing such a groundbreaking change to herd Australian breeders under their expanding tent.

According to Les Young, a well-known racing and breeding identity, writing in the Sportsman: “issues of transparency in the ownership of horses and welfare were advanced as the reasons behind the Racing Australia initiative”. Young states that the Thoroughbred Breeders Association had pointed out to Racing Australia that the breeders had already agreed on providing greater transparency in identifying the owners of horses sold at auction and planned to appoint welfare officers to identify any equine welfare problems. But as with most changes of great magnitude, there are always deeper motives and agendas and many stakeholder groups are becoming increasingly wary of such self-serving agendas from regulators.

It is however difficult to argue why the breeding sector should not be subject to operating within the same rules, and answerable to the regulators as other participant groups licensed do in the provision of services, charging fees for those services and deriving incomes from racing. Rules introduced in recent times banning the use of steroids out of competition, and in boosting the physical appearance of yearlings being prepared for sales, together with an x-ray repository of yearlings at sales, is a recognition that the integrity of the breeding sector needed to be addressed and tightened up. And not before time. The breeders cannot and should not be treated as a “protected species”. 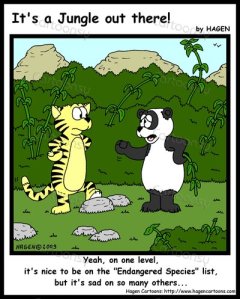 But Racing Australia needs to go a lot further in addressing some glaring anomalies under which the breeders operate, comparative to other stakeholder groups. The entire sales process falls unacceptably short of even some of the basic requirements and standards of transparency. Like the real estate and property sector, it is in desperate need of regulation to address dummy bidding commonly used to artificially inflate the prices of yearlings. And what about the common practice of breeders “buying back” into their yearlings in pre-arranged deals with bidding trainers and agents?

And what about the long-forgotten Breeders Levy, long promised but gathering dust somewhere in the archives of Druitt Street? If Racing Australia is serious about enhancing the integrity of the breeding sector and establishing a level playing field for all industry participant groups and stakeholders, then they need to do a lot more than getting breeders to tick a box agreeing for them to be bound by the Rules of Racing.

Highly regarded Australian television executive David Barham’s appointment to review the operation of Racing.com is a step in the right direction. The Victorian racing’s television and online channel created to showcase its racing is a far cry from its much hyped mission statement, which accompanied its very own big bang theory when it came into being. 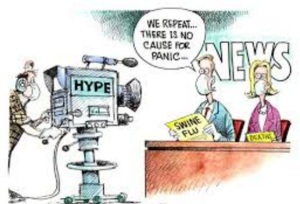 Racing.Com’s major problem has been- and gawd knows, we been banging on about its importance to the future of the sport- content- or lack of it. Unlike its Seven Network television cousin, the Racing.Com website is a boring mix of “yesterdays papers selling yesterday’s news” and on television, repeat after repeat after repeat of small pockets of programming. Despite its well-publicized hype, the website speaks only to the converted- the rapidly dwindling and ageing minority in the community who speak in a racing dialect, understood by no one else in the community. It’s kinda like Barbara Billingsley speaking Jive in that classic movie, “Airplane!” 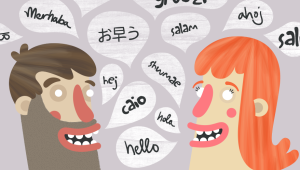 The promised commitment to reach out and promote and market racing to the “non believers” has been a “no show”. That was more flatulent corporate speak. Instead, what’s there is a series of boring editorials and articles re-tracing the same negative issues which continue to beset racing, damage its brand, and successfully discourage the generation outside racing to roll the dice and get involved. 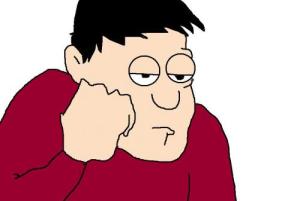 David Barham has an impressive CV, playing a key role in developing and producing one of Australia’s biggest and most successful sports entertainment products in recent times – Cricket’s Big Bash for the Ten Network.  The 20/20 Big Bash has gone from strength to strength over its brief three season history and is breaking attendance records and creating a completely new market for cricket. To say that it has re-energised and re-invented cricket would be a gross understatement.

Whilst Cricket and Racing have very different DNA’s, what they shared until the Big Bash came along was the desperate need for a life-saving transfusion and re-invention. The runaway success of the Big Bash is a clear reflection of how dramatically community preferences in sport have changed. The packaging and presentation of sport is critical to its success, and sadly, these are concepts which racing not only doesn’t understand, but fears, especially those Mr Bubbles in every racing club in the world hiding behind skirts and praying that their total incompetence is not revealed to all. Oh, but we know how these Mr Bubbles operate: Petty politics, being empty windbags, and much kissing of ass. 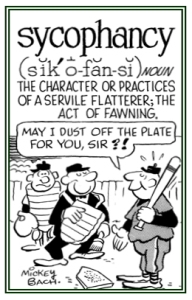 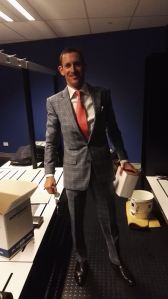 Sydney Morning Herald’s Chief Sports Writer Andrew Webster’s piece on Hughie Bowman – “Easy Rider”- captured perfectly the class act that is Hughie Bowman. In the realm of Australian jockeys, Hughie is a standout. He is articulate, thoughtful, analytical, self effacing, clever and driven. He is a champion of his profession. Hughie’s riding over the Championships was a master class, a joy and privilege to watch.

Hugh Bowman has become the “go to man” in Australian racing. Cleverly, he has backed his gifted judgment and decided to ride freelance. Not being tied down to one stable opens nearly every door worth opening in Sydney. But Bowman is not just a champ in Sydney. Every year, he makes his presence felt in Melbourne during the Spring and Autumn carnivals. His prowess in the saddle takes him to Hong Kong and Japan, where he continues to ride with success in the races that count. 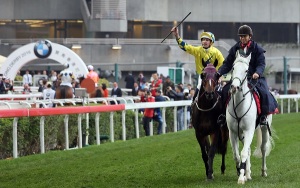 Webster’s interview unmasked a very deep thinking, straight shooting individual, extremely comfortable in his own skin, and whose values are deeply rooted in his country upbringing. His values are old fashioned yet very contemporary. He is not afraid to challenge some of the practices which have become accepted as norms in racing. Webster describes Bowman’s  horsemanship as a “sixth sense” – an innate feel for what the horses ahead and around him will do. “Some jockeys will rely on form and speed maps, which predict the pattern of a race before its run. But others like Bowman rely on feel”, writes Webster.

“I’m sure that’s the main attribute of my success- an ability to judge what a horse is going to do. I’m not big on form because it confuses me. I don’t try to work out what’s going to happen before I go out there. For me, it’s a hindrance”. And then, “ I just try to keep it simple. I don’t read the paper. I don’t look at twitter. I don’t listen to the radio. And I don’t talk to anyone. Because all it does is make you think of garbage, and it makes you think about things you normally wouldn’t think about. Everyone’s got an opinion. If a jockey’s flying, they’re pulling rorts. If the trainer is flying, they’re using something. Jockeys are seen as a tool. There’s not a lot of respect there, from owners and trainers. They’re a tool that’s required for their horse”.

Refreshingly honest to state the bleeding obvious. Nothing hidden inside the oversized closet that is racing. Andrew Webster’s interview with Hugh Bowman is a must read. It’s a blueprint of keeping all the external factors and forces which confront sportsmen and women at bay. It’s a mantra gaining credence increasingly across many sports. Keeping your focus in the face of an intrusive and often headline grabbing media pack is a challenge in itself. It’s why Hughie Bowman is at the peak of his profession. And will be for a very long time.

If it was meant to ruffle feathers, and it sure did. We’re talking about the brilliant New Zealand Thoroughbred Marketing creative released straight after the final day of the Championships where New Zealand breds won three Group Ones – Lucia Valentina,  Azkadelia and Sofia Rosa. 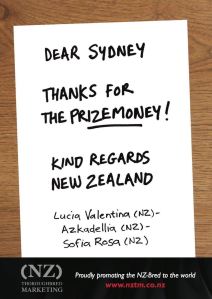 What a  refreshing change Michael Felgate has brought to the Racing Ahead morning program on Melbourne’s RSN radio station. Listening to podcasts of his program, Felgate’s style is the antithesis of the hostile and aggressive approach of previous hosts whose egos exceeded their intellect. Felgate has an almost uncommon talent to get his subjects to engage in a conversation that is very much a two way interaction. He makes his subjects engaging, which in racing, is nearly mission impossible.

2 Responses to THE REVOLTING HEADACHE ISSUE‏