Following him training a treble at Hawkesbury today, we thought we’d publish this piece on Gary Moore again for those who might have missed it the first time around. Well done, Gazza!

Zac Purton calls him “the most underrated Australian jockey ever with an amazing CV”. Zac is right. Too often, his sometimes bizarre antics on racetracks have, sadly, eclipsed his incredible feats and accomplishments in the saddle. At 62, Gary Moore has had more ups and downs than a yo yo in need of exorcism, but he continues to drink from that half-full glass. And there’s no Kool-Aid in it either.

The son of the Little Maestro- the all-conquering George Moore- “Gazza” was always groomed to be the heir apparent of the Moore dynasty. And for a long time, he looked to be well on his way to being exactly that- a naturally gifted jockey who had to grow up fast, no doubt lost his youth in the process, and quickly became an international success story. In Hong Kong, he won the Jockey Premiership seven times, there was a championship win in France, where he took out the 1981 Prix de l’Arc De Triomphe aboard Gold River as well as winning almost every major race in the country. These are credentials no one can take away from him. Ever. 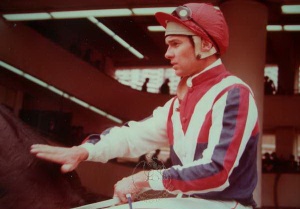 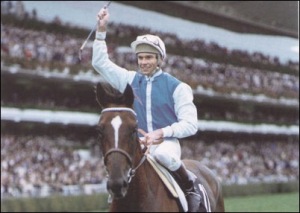 All was going according to plan with life in the fast lane being a smooth ride, and a future so bright one needed shades to see it. All this came to a screeching halt on February 20, 1986 when the now well-documented “Shanghai Syndicate” race fixing scandal blew wide open. It was front page news for weeks, and went through a number of very interesting and confusing twists and turns that continued until 1989. In the end, three local jockeys were jailed, with a number of characters playing important cameo roles proving that there’s no honour among thieves and cheats.

Forced to return to Hong Kong from France in 1989 to give evidence, Gary Moore turned Crown witness in exchange for immunity. The case resulted in a four-year worldwide ban and short-circuited a brilliant career.

One cannot help but wonder what might have happened for the young champion jockey if this never happened. But, as anyone who knows him will tell you, Gary Moore doesn’t dwell on the past. In his quiet moments, he might sing, “Regrets, I’ve had a few”, but outwardly, Gary Moore is a wonderfully optimistic person. A cockeyed optimist? It doesn’t matter. In “Gary World” everything is always coming up roses. And his positivity and unbridled passion for horse racing is infectious. Gawd knows, there are enough misery guts in horse racing along with the bloated egos of those windbags who have lost the plot. At least in “Gary World”, there are no false pretensions and transparent politics. What you see is what you get. There are no hidden agendas.

Looking back, the supposed “Shanghai Syndicate”- in many ways, a wannabe “Mr Big” in textile tycoon Yang Yuang-loong being taken for a ride by many, and losing far more than he made for trying to be racing’s “Mr Fix It”- was pretty much naive thinking by an old man fuelled by greed and the need for power- and more power by “controlling” 35 horses.

With a recently-established, and gung ho Independent Commission Again Corruption looking (ICAC) for its first big home run, horse racing was targeted, and many involved in Hong Kong’s favourite leisure activity were caught up in one of the first “tips for cash” cases. It gave the ICAC relevance. And power.

While Yang, a close personal friend of then-Governor David Trench and other powerful names in colonial Hong Kong, immediately paid his fine, received a two year suspended sentence, and lived out the rest of his life in Bermuda and the US, miraculously fighting off the cancer, and the reason for his lenient sentence, Australian jockey David Brosnan took the wrap for many, and went to jail for a year. One day, the story of “Brossy” will be told along with everything he knows about a very twisted case that has always held some vital missing links. And for someone who did so much for so many, Brosnan deserved more from life, and those he went out of his way to save.

As for Gary Moore, the “Shanghai Syndicate” case destroyed his riding career in Hong Kong, and made him persona non grata with many. His comeback was when he returned to riding in Macau for father George Moore when the MJC needed some marketable names. And George and Gary Moore still had many powerful friends within the Chinese racing fraternity. There was a strong, loyal support system behind them, and Gary was a brilliant PR man. 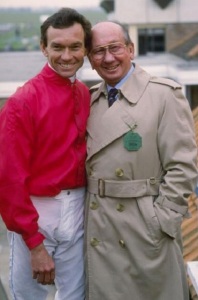 Though the father and son partnership was a successful one, racing in what was then a Portuguese enclave, and certainly long before the rot set in at the Macau Jockey Club, it lacked the glamour and exclusivity of Hong Kong racing. Again, Gary Moore, the eternal optimist, made Macau work for him. When his father retired, and he hung up his riding boots, the younger Moore became champion trainer many times over with the highlight being him winning the Hong Kong-Macau interport in 2010 when Viva Pronto won at over 100 to 1 at Shatin.

It was a Gary Moore-John Moore Quinella, but the show belonged to Gazza. “Mo Gah Lay”, still a very popular name with local racing fans, had returned to the fold, even if it was for just that one day. And what a day it was for Hong Kong racing’s one-time favourite son along with Tony Cruz. 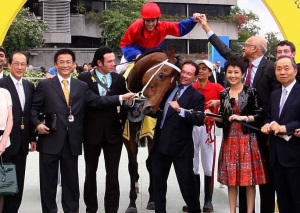 Sure, he’s had his outré moments, especially as a trainer in Macau, where he was known to kiss jockeys who won on his horses. There were the times when excitement would get the better of him, and he’d jump on one of his winning horses and blow kisses to the grandstand. And, of course, there was always his sartorial elegance- bright yellow canary jackets with red pants, and outfits that looked as if they had been borrowed from the doorman at the Mandarin Hotel in Hong Kong, whereas who can ever forget that magnanimous gesture one rain-sodden race day in Macau when he peeled off his blue blazer and spread it on the ground so that his most important owner at the time- powerful casino magnate Stanley Ho- would not have to get his shoes muddied. 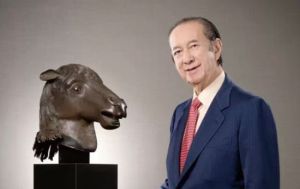 But despite all these oddities, one too often forgets the remarkable achievements of Gary Moore, the jockey- all the Hong Kong Champion Jockey premierships he won, his battles royale with that other brilliant rider at the time in Tony Cruz, and his incredible successes in France. 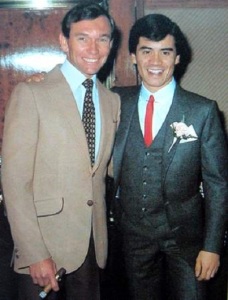 Meeting him recently in Sydney for lunch with former jockey Neil Paine, he was his usual ebullient self. Married for the third time, he brushed aside the ups and downs of his personal life with a laugh. No, he will never write a book on his life. There are too many stories that can never be told. Not yet, anyway. Though there was plenty of respectful and genuine affection and mention about “Brother John”- champion Hong Kong trainer John Moore- it was innocuous stuff. It’s also a relationship that’s hard to work out. But why bother? Working out one’s own family’s quirks are tough enough.

He was far more interested in talking up one of his horses running in the first race of the Championships. He showed us the galloper’s impressive trials, and his first start when he missed the kick and lost as an odds on favourite in a seven horse race. At over 40 to 1, he suggested having $10 on it, each-way. It came an average fifth or sixth. The result would not have had any effect on “Gary World”.

The now Sydney-based trainer has an extremely loyal group of Chinese owners in his corner. They appreciate his candour, and have not forgotten everything he has achieved, and what he has achieved for them, especially in Macau. They trust him, and they genuinely like him. It’s not hard to like “Gazza”.

He might be battling at the moment to make his mark as a trainer in Sydney, and all that shee-shee world along with the fake friends might be long gone. But one is willing to bet that “Mo Gah Lay” is a happier man. The pressure is off, he’s been to the top of the mountain and seen what it’s like, he’s lived la vida loca, he has two young sons to add to his brood. and George Moore’s favourite son might still have a few big wins up his sleeve- in Hong Kong and Australia and boomeranging back to Hong Kong. He’s a good bet to make it happen. And on his own terms. Welcome back, Gazza. Shine on, you crazy diamond.