KEI CHIONG AND HER SUPER SHATIN SUNDAY: AND NOW WHAT? 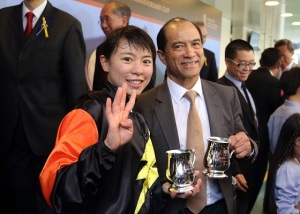 The Amber Alert storm warning might have been a giveaway. Maybe it was the heavens opening up, and some even wondering if the race meeting would go on. But the show went on with the star being Kei Chiong, the first female in fifteen years to be licensed to ride in Hong Kong.

Where does one start and end about what this ten-pound claiming apprentice, still very much a work in progress, accomplished at Shatin on Sunday without going overboard, and giving the young girl unnecessary pressure? How does one temper the fact that Kei Chiong rode four winners, and came so close to riding a quintet of winners? 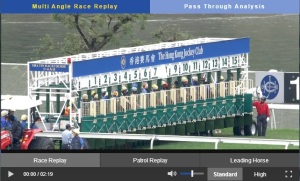 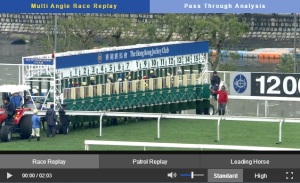 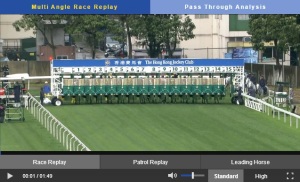 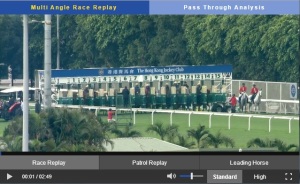 Well, as Felix Coetzee, the great South African jockey, who the HKJC has wisely chosen to mentor its apprentices, would say, “Don’t worry about Kei. She’s got a head on her shoulders and is a tough cookie”.

Coetzee, who, through his partnerships with two hard taskmasters in trainers Brian Kan and Tony Cruz with whom came those memorable Silent Witness Years during those dark days when Hong Kong was under a cloud with the SARS crisis, knows just what a tough, competitive and fickle place the city can be, especially when it comes to horse racing. It takes a tough- mentally tough more than anything else- and fiercely competitive individual to succeed. 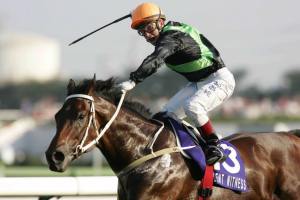 For Kei Chiong, who has blossomed under the strict tutelage of Coetzee, has returned to racing after an injury with greater determination. This will to win has suddenly seen an impressive strike rate over the past few weeks and months. But to ride four winners against some of the best jockeys in the world is a watershed moment for Hong Kong racing- a time when the sport has been completely dominated by the brilliant Brazilian Magic Man- Joao Moreira with only Zac Purton able to take him on.

There hasn’t been a Made In Hong Kong racing hero for a very long time. Perhaps one has to go all the way back to the days when Tony Cruz was taking on all comers and beating them- Piggott, Eddery, Cauthen, Swinburn, Carson etc- to find this hero.

For a while, Matthew Chadwick looked like being the “new” Tony Cruz, but that initial burst of talent and success has been short-circuited through injuries, personal problems, and, perhaps, different priorities now that he’s a family man. Though a good jockey, maybe Chadwick lacked that focused ruthlessness to be more than a talented ten-pound claiming apprentice? 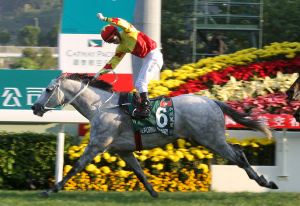 The great Douglas Whyte had, and probably still has that determination, and which gave this one-time unknown South African jockey thirteen consecutive Hong Kong Jockey Premierships. That reign ended only three years ago when another determined rider- Zac Purton- dethroned him.

As we all know, you’re only as good as your last big hit, or last winner, and this season, nothing seems to be clicking for the former champion jockey. He’s now had way too many rides without bringing home a winner, and many of those former support systems are no longer there. It’s a fickle world, Batman. And as any jockey anywhere in the world will tell you, you don’t ride winners watching the races from the sidelines, and by going around on also-rans.

There are a number of changes taking place these days in Hong Kong racing. Within the jockey ranks, is Joao Moreira here for the long run, or does the sashimi buffet of Japan beckon? Will there be two new trainers from overseas next season? Will Able Friend make his comeback?

Where is the HKJC going with co-mingling and its hugely successful Happy Wednesday brand? How will its racing programmes be changed or improved to meet the challenges of co-mingling and simulcasts in 2016? There’s no place for complacency in today’s helter skelter world of constant change.

With Kei Chiong and her fantastic Super Shatin Sunday, the HKJC has a human interest story to rival that of Michelle Payne becoming the first female rider to win the Melbourne Cup. And though it’s great to hear that Kei was on the cover of Apple Daily, the leading Chinese racing newspaper, surely there’s a bigger story here?

Just as when Silent Witness gave the people of Hong Kong hope during the SARS crisis, Kei Chiong’s success comes at a time when the youth of the city are restless and demanding change. Even if it’s for a short while, this success story that happened to take place on a racetrack can be a respite from the anger and frustration gripping Hong Kong today. 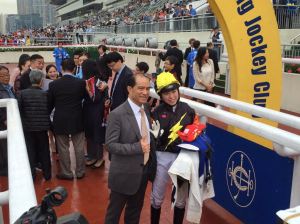 Gawd knows Hong Kong needs a shot of positivity. How the HKJC markets Kei Chiong and all the positivity surrounding her Super Shatin Sunday to Hong Kong and overseas will be interesting to watch.

Could she, for example. “crossover” to promote some of the activities of the Club’s Charities Trust? Does her quartet of winners make her eligible to be included in the Guinness Book Of World Records? Can she be the Face of Happy Wednesday and Happy Wednesday Girl Power?

How can the Kei Chiong success story travel globally, and be something more than a horse racing story- hidden, but not seen by potential sponsors, new business partners and all those potential racing fans standing on the sidelines and wanting a reason- like seeing a young female succeeding in what is a male dominated world- to become part of the sport?

1 Response to KEI CHIONG AND HER SUPER SHATIN SUNDAY: AND NOW WHAT?