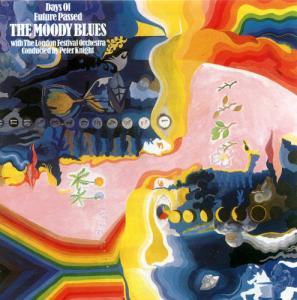 If Australian racing’s underclass had its way they’d declare a national day of mourning to commemorate Pater Moody’s decision to take his bat and ball and leave the oval. The reason for his “hissy fit”, it appears from reading the many interviews and opinion pieces, was two-fold – he found it difficult to comply with the transitional arrangements for his caretaker trainer of choice David Brideoake to move into his stables, and, perhaps, Brideoake himself may have baulked at the inconveniences and challenges presented in the interim arrangements.

A combination of fatigue and the difficulty in copping the umpire’s decision combined to make the about- face a fait accompli. His vapid press conference, which, supposedly, was intended to shed some sort of light into his about-face to quit racing, gave the impression that he had lapsed back into the Peter Moody of old.

Gone was the smidgin of statesmanship he showed after his lenient 12 month suspension, with six of it suspended. If he’d copped it on the chin, and, as he explicitly stated post the penalty hearing, he would have been back in full flight at his Caulfield stables in time to tackle the Melbourne spring carnival.

But no, “Moods” changed his mind, which he was perfectly entitled to do. Peter and his family had endured 15 months of stress and reputational damage during an unacceptably long delay by Racing Victoria in bringing charges before their Racing Disciplinary Board. No rational individual would question the impact which the delay has had on Peter Moody and his family, and, particularly, the end result, which absolved him of any intent in the reasons why Lidari tested positive to cobalt.

While it might be argued that delays in preparing briefs and hearing charges are no different in civil jurisdictions, and unacceptably so, if there is a backlog of cases awaiting to be heard in racing, then it is of racing’s own doing.

In this instance, there can be no excuses for a well-resourced Racing Victoria to offer up any lame excuses for the delays. It was Monty Pythonesque and as goofy as The Ministry Of Silly Walks.

His public utterances also demonstrated that Moody had failed thus far to let go of his self-styled martyrdom. The contradictions abound.

On the one hand, he says that, “the position my business is in is nobody else’s fault, no one else to blame”. And then, soon after, “ If anything the practices within my workplace mightn’t have been up to scratch and they might have been a bit lax and that cost me. But is that enough to take a person’s livelihood away from them? I think my record, my averages, my strike rate, the performances of my horses have been ultra consistent”.

Lax work practices, not up to scratch? Really? Does he seriously expect, what appears to be from the reported evidence, a virtually shambolic stable operation with little, if any directions and accountability, to be excused because of who he is and what he has achieved? Because he is a VIT- Very Important Trainer? 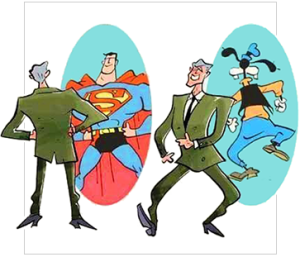 For heaven’s sake, the bloody horse tested positive and way over the generous threshold limit for cobalt – a sinister prohibited substance, which, according to the Board’s finding, appeared to have been contributed to by the work practices in one of Australia’s leading stables overseen by one of Australia’s premier trainers.

And let’s never, ever hear again, the tiresome and illogical line that “I really struggle to comprehend how this issue has been blown out of all proportion”. And who. Peter, blew this out of proportion?

Remember the radio and television interviews on your mate ShaneO’s radio program and racing.com where mutual self-indulgent cries for sympathy were downright nauseating? And how these were picked up and given further oxygen by sections of a sycophantic racing media driven by cheap headlines and dramatization of a scandal which, had Moody kept his trap shut and demonstrated some dignity under pressure, would have avoided “an issue being blown out of all proportion”?

Last night’s Moonee Valley race meeting saw the closure of the first chapter of Peter Moody’s training career in an extraordinary fashion when his gritty multiple Group One sprinter Flamberge farewelled his career with victory by the barest of margins in a Group One Sprint.

Ironically, Flamberge is owned by long-time stable client and current Racing Victoria Chairman David Moodie- a particularly potent irony given the governing body he chairs was responsible for laying the charges and prosecuting them.

At least, the integrity of the Board and the governing body has not been tarnished, a point which seems to have, we suspect, deliberately escaped the reporting and analysis by sections of the rapacious racing media.

That said, the biggest decision Peter Moody must make before his inevitable return to racing is quite simply if he wants to concentrate on what he does best – train racehorses. His foray into racing politics and taking on “city hall” has been disastrous. Someone needs to counsel him that he lacks the tactical nous to get involved in areas where he is completely out of his league. Hearing the outbreak of grief from his social media cheer squad may embolden him. But if anything, racing needs a sabbatical from Peter Moody.

It’s pretty obvious that Peter Moody will resume training at some point in time. It might be sooner than later when his suspension expires. The drama queens in the media and on social media resembled the tragics making their annual pilgrimage to the wailing wall in the old city of Jerusalem with their faux outpouring of grief at what ultimately was no one else’s fault but Moody’s.

It might be premature to speculate on when and under which guise Moody’s second coming will eventuate. It would surprise no one if he were to take on a private training role for a major racing and breeding operation- particularly one with an established infrastructure which would prevent any “lax work practices” from derailing his training career mark 2.

ELMER SEEMS TO BE IN A BIT OF A FUNK(E)

No business or its management has ever been known to roll out a welcome mat to a Federal Police investigation. Yet, that’s the highly damaging and unwelcome news which greeted former Tabcorp Chief Executive and, until earlier this week, Chief Executive of the Australian Stock Exchange and Tabcorp Board Member Elmer Funke-Kupper.

The Federal Police investigation which has rattled the Australian business community at the highest levels, and in the corridors of power, centres around an alleged $200,000 payment made by Tabcorp in 2008 to the sister of Cambodian Prime Minister and strongman Hun Sun at a time when Tabcorp, under Funke Kupper’s leadership, was positioning itself for a substantial strategic and commercial investment in an on-line gambling license which would have fast tracked its access to the lucrative, and at the time, rapidly growing on-line gambling market in Asia.

According to Australia’s best investigative reporting team – Fairfax Media’s Nick McKenzie and Richard Baker- support for the venture, and the alleged fatal decision contemplating payment, was not supported by Tabcorp’s senior management at the time, some of whom are still members of the decision making hierarchy at Tabcorp.

Further, McKenzie and Baker report that US anti-corruption authorities responsible for enforcing the Foreign Corrupt Practices Act which prohibits the US being used to facilitate possible bribery, identified the payment at least twelve months ago. The Fairfax Report also states that the Police are investigating whether the payment by Tabcorp breached Australia’s foreign bribery laws.

In further damaging news for Tabcorp and its former Chief Executive, Fairfax Media reveals that Funke Kupper is the subject of a criminal investigation in both Australia and the US.

From Tabcorp’s perspective, the news could not have come at a worse time. Tabcorp and its management have been under mounting pressure from their corporate bookmaking rivals in the rapidly expanding and highly competitive wagering environment and have been leaking market share like a sieve.

Neither does it help the Tabcorp cause if, as is expected, it throws its hat in the ring for the West Australian Tab when tenders are called soon. Tabcorp will then compete with a field of serious and well credentialed rivals including its major pari-mutuel competitor Tatts and, most likely, one or more, or a consortium of off-shore corporate wagering businesses or even James Packer’s Crownbet-Betfair conglomerate. 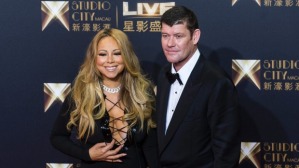 It might also fast track a resumption of merger negotiations between Tabcorp and Tatts, except this time it might be a reverse takeover by the smaller wagering “giant” ,Tatts.

An even greater problem for Tabcorp will be the inevitable responses and course of action which the corporate regulators will pursue.

With gambling and gaming under siege right across the community, this scandal could tip Tabcorp over the edge with its big institutional shareholder investors and inflict lasting damage to its reputation, brand and standing, both in Australia and globally. The standards of corporate behaviour and ethics are at the very highest end of the scale for gambling and gaming operators, and an incoming Federal Government will almost inevitably commission a major review and inquiry into the industry post election.

Let’s hope the reports that connections of Rocket Man are considering a racetrack comeback for the long retired champion Singapore sprinter are an April Fool’s day joke. It is in the same league as the attempted comeback by the great Good Ba Ba, which was an embarrassing and sad finale to a great racetrack career of the champion Hong Kong miler. Surely, Rocket man deserves to spend the rest of his days in retirement in a lush paddock and with proper care? 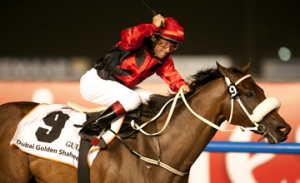 Don’t expect Hugh Bowman to go anywhere permanently out of Australia soon. Bowman has stated that he is happy to keep making quick trips out of Mascot Airport from his home base in Sydney whenever the opportunity arises to compete in international feature races or even a short term stint in Japan, which he has done successfully in the recent past. Hughie is riding better than ever and is at the peak of his career. With James McDonald under contract to Godolphin, for the present time at least, Hugh Bowman is the first cab off the rank as the choice to ride the best in Sydney, if not Australia.

Godolphin’s John O’Shea just can’t get the Group One monkey off his back in Melbourne since taking over the powerhouse over two seasons ago. The Godolphin blue has not been having the best of Autumn carnivals even in their home territory in NSW putting further pressure on O’Shea- and even James McDonald, who might be wondering if he would be better off riding freelance again.