The HKJC does a great job running one of the best, if not the best, racing organisations in the world, but, once in a while, some important things fall through the cracks. Case in point this week- the Club’s English-language Twitter account- and which really does need an overhaul.

On Wednesday night, eight horses and their jockeys finished first. How many of these victories were photographed and tweeted? Were any photos taken of horses and jockeys with their proud owners and trainers in the winner’s enclosure? If you were following the HKJC’s Twitter account, you would know the answer to both questions: No. And this, despite the fact that such pictures are the standard stuff of racing clubs the world over.

Worse than this oversight is that there were no photos, or even any acknowledgement of two important milestones. Sure, it’s all systems go for the eagerly anticipated BMW Hong Kong Derby tomorrow with an exceptional lineup of world class riders, and what promises to be an extremely competitive race, but let’s not forget the little people, and the smaller successes. They’re all part of the long-term Big Picture. 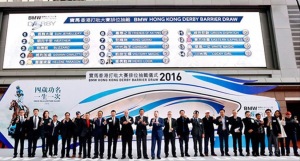 He might not be a Ryan Moore or a Joao Moreira, but he’s extremely likeable, he’s a very popular jockey in North America, and parts of the States, where his fans would love to know about his Hong Kong success. 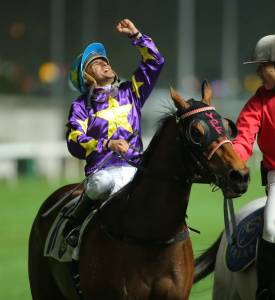 Was there a winner’s enclosure photo of the friendly Brazilian jockey from Woodbine Racetrack in Toronto? No. Just a very ordinary photo and something about him being “swarmed” by journalists. 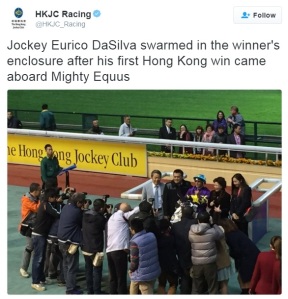 Even more notable and MIA, was the non-existent photo, or even any mention of the well-ridden win of Kei Chong. This was a Cup victory. And with young Kei being the first female apprentice to be licensed in Hong Kong in 15 years, the win was history-making stuff. 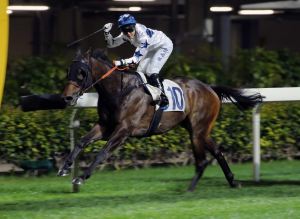 It’s also brilliant marketing content for the HKJC to create Hong Kong’s first pinup girl of racing, and open the sport up to that potential new generation of fans- especially female racing fans- waiting for a relevant entrée to the sport. Let’s not squander this opportunity like what’s happened to Michelle Payne, who’s gone from the high of being the first female to win the Melbourne Cup and a brief burst of publicity, to a roaring silence.

Getting back to Hong Kong’s Kei Chiong, the young girl is winning over her former local critics every race meeting by delivering the goods, and showing a marked improvement under the mentoring of the great South African jockey Felix Coetzee. 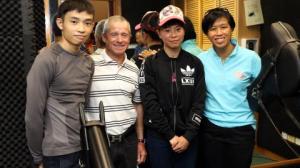 As he’s repeatedly told us, “She’s a tough little cookie. Nothing gets past her and I am very happy with the way things are going for her.” Still, as many have asked, Where was the victory photo of Kei with a #GirlsRule hashtag? Well, it wasn’t there. There was not a word about Kei Chiong. 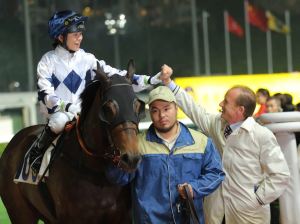 Some may belittle Twitter, saying it is unimportant in a world with so many other media choices, but for many racing fans, especially for those in other countries, Twitter may be one of the only ways they can get up-to-the-minute race results- and not posting photos and results are missed opportunities to showcase Hong Kong racing to the rest of the world.

Let’s hope this is a one-off crack in that brick in the wall, and we all get many more winning photos of Kei, and all visiting jockeys in future- plus all the information that fans of Hong Kong racing wish to have- immediately.

1 Response to AND WHERE WAS KEI CHIONG ON TWITTER, HKJC?