THE NOBODY’S RIGHT WHEN EVERYBODY IS WRONG ISSUE

MOODY DODGES A MISSILE, BUT NOT A BULLET

For anyone following the cobalt case involving Peter Moody with an open mind, and, more importantly, making an assessment or judgment on the outcome based on fact and fact only, then the decision of the Racing Appeals Board should surprise no one.

Clearly, the absence of a “smoking gun” in the evidence and among the witnesses, together with a major recanting of critical evidence by one expert witness, ultimately combined to save the governing body Racing Victoria, its stewards and the Victorian racing industry, the embarrassment of having to front up to the Victorian Appeals Tribunal and suffer the ignominy of a successful appeal by Moody, if he had been found guilty of administration, let alone the massive financial cost to the industry of yet another legal skirmish in racing gone wrong.

Reading the transcript of the Victorian Racing Appeals Board decision, it was obvious that the lack of persuasive cold hard factual evidence of personal administration of cobalt in its pure form, and not through supplementation, and importantly through intent, was critical in Moody being able to dodge a potent missile and career-ending judgment.

Moody also dodged a second missile in receiving what in cold hard terms is a six month suspension for a very serious flaw in his stable procedures, which resembled an ill-disciplined kindergarten schoolyard with no supervision, no rules and where the “tots” were left to abide by rules which they did not know existed. For Moody to belatedly recognize that “the buck stops with me” was little short of one of the most stunning and dumbest admissions that can be recalled in Australian racing. It would be too forgiving to describe Moody as just another outback Queenslander with no worldly understanding of how society, and more pointedly, racing operates in the 21st century. 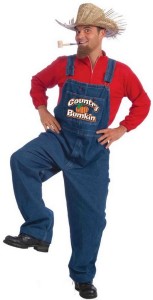 Yes, Moody comes across as a real life knockabout bloke who would be heaps of fun to get whacked with at a pub over copious quantities of amber fluid and call everyone we can’t stand dumb f***wits. But to take his eye off the ball to such a serious extent ultimately justified the six month suspension handed down to him. It could have been worse if the 12 month suspension had not been suspended by six months. A 12 month or longer suspension with no part of it suspended, could have crippled his business, and to use his own words, made him “unemployable”.

Moody’s reported responses to his penalty demonstrated a degree of contrition, but he should have gone further. He is a licensed person and perhaps someone should translate for him the responsibilities of a licensed person. His attitude towards the management and supervision of his stable was akin to letting the inmates run the asylum.

Yes, he paid a severe and high price for it. His name was dragged through the mud for over a year, and while racing tends to forgive and forget in the long term, his wonderful Black Caviar legacy won’t be the only thing he will be remembered for. And that is just so unfair for racing, let alone the impact it has had on himself and his family and business. 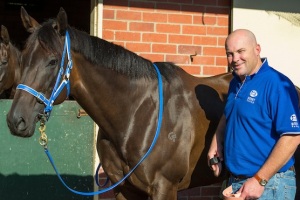 Moody now needs to demonstrate his genuine remorse unambiguously, bury the hatchet with his adversaries – the governing body and its Stewards- and cease forever his aggressive, at times, vindictive and humiliating name calling of anyone who doesn’t play by his rules. Peter Moody needs to rehabilitate his own image not just for himself and financially for his training business. He needs to do it for racing – the industry which he loves and which has been so bloody good to him in every shape and form. Watching him in the tweet and interview below, he’s certainly saying all the right things, keeping things positive, eating some humble pie, and huge props for him for that.

Peter Moody has always genuinely professed his deep respect for history, and in particular, the heroism of those who lost their lives in the carnage that was Gallipoli. It is an admirable part of his personality and character. Peter Moody should also be reminded of the late John F. Kennedy’s timeless quote: “Ask not what your country can do for you, ask what you can do for your country”. Just exchange the word country for racing and that’s exactly where Peter Moody should land from this day onward. He’s been given some great landing gear.

If the reports coming out of Victoria are correct, then their Chief Steward Terry Bailey is demonstrating a “if I can’t win I won’t play” attitude by his reported refusal to rule out appealing the Racing Appeals Board decision on Peter Moody.

Apart from exposing himself- no, please don’t, Terry- and his employer Racing Victoria to a humiliating loss of face by losing the proverbial eminently losable race, and exposing Racing Victoria to an unnecessary and massive legal bill, he will only contribute to the growing and widespread concerns about his handling of many of the contentious and damaging and serious breaches of Integrity and rules of racing by licensed persons in Victoria. 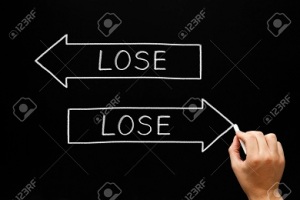 Bailey is very much a Steward with an unambiguous agenda to uphold the rules of racing and preserve the integrity of racing. So he should, and only the delusional would believe otherwise. But in racing, delusional individuals are a dime a dozen. At some stage, however, Terry Bailey, in his role as racing’s umpire, must take a lead from cricket, soccer, AFL, NFL and every other sport and accept the umpire’s decision irrespective of how personal the pain might be.

Bailey must also realize that he cannot win every prosecution that he instigates. That would be akin to morphing into Lord Vlundies- and we just can’t have that. He, his team and his legal advisors must also understand that to give yourself every possible chance to successfully prosecute a case before any Board or Tribunal or court of law, there is no substitute for cold hard factual evidence. Yes, conclusions can and are often drawn and proven to be correct from joining the dots. But to rely and base a charge or case on inferential evidence increases the vulnerability of a charge or case to being overturned.

If the transcript of the reasons and basis for the Racing Appeals Board decision is any guide, then the odds of a successful appeal against their decision is at best remote.

Are there still skeletons locked away in the Lil Caesar closet? If the whispers in racing are any guide, and generally in cases such as these, one can join the dots, then there are unanswered questions which go to the very heart of stable practices and. ultimately, the integrity of racing.

Despite Chris Waller’s apology for getting it wrong about the ability of Lil Caesar (aka Lucky Year) and recommending the sale of the horse, which has proven by his deeds in Hong Kong to be quite the opposite, two of the horse’s part owners, Ben Weiss and Steven Sandor, appear still extremely disappointed and unconvinced with many of the explanations offered to them by the stable about many of the decisions surrounding the sale of Lil Caesar. And who can blame them? Lucky Lil Caesar Year is going great guns in Hong Kong where his trainer Danny Shum has taken a horse with supposed “limited ability” and turned him into quite a tidy money earner. 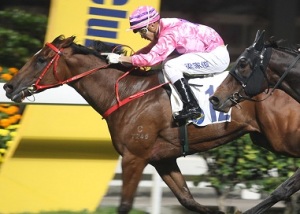 Given Racing NSW Stewards have exonerated Chris Waller of any involvement in the sale process, it absolves him of the dark and sinister rumours which have been floating around. But it still shines a very bright spotlight on the absence of a invoice for the sale of the horse, which, despite repeated requests from Ben Weiss to Liam Prior and Richie Callander, has not been provided. And Ben Weiss is obviously not satisfied with the explanations provided: “My beef was that things were always fishy from the outset. I would send emails to the stable and all the responses would come from Liam Prior. I asked to see an invoice for the sale of the horse and I would get a response saying that there was no such thing as an invoice. I was not satisfied with that response. I questioned the integrity of the process all the way through – we hadn’t even been told where the horse had been sold to”, Weiss is quoted as telling racing.com late last week.

Reading the racing.com story further, it appears Weiss and Sandor hit the proverbial brick wall all the way through until they flagged their intention to refer the matter to Racing NSW and not long after received contact from Callander, who after a tearful apology for his failure to divulge the correct sale price, recompensed those owners who had not been paid the sale proceeds to which they were entitled. Better late than never, right?

The worry for many of the parties associated with this blight on the racing industry is that both Weiss and Sandor have not ruled out further legal action over the matter. There will be many many more sleepless nights for some very prominent racing identities in NSW, but it might be the only way to flush out any skeletons left in the closet- and everywhere else that needs a damn good cleaning out.

Twitter. with its restricted number of characters, can sometimes reflect the IQ of some of racing’s bottom feeders who seem to communicate with their own narrow little outside world only through this popular social media tool. The usual suspects are individuals who have used twitter to boost their self-importance mistakenly believing that it also boosts their self esteem as well as giving them some extra power to fight City Hall and win. It’s a cockeyed Rocky mentality.

There was one such tweet soon after Peter Moody was exonerated on the charge of administering cobalt with intent. The mind boggling tweet attributed positives in racing to being part of “the risks of our sport”.

Really? What about throwing the rule book out the window? After all, positives are just the heavy price racing pays for the inherent risks in “our great sport”? And let’s not forget the integrity of licensed persons is beyond reproach! Makes you wonder about the IQ of the author of this tweet, doesn’t it?

The ATC can take a bow for the magnificent elite race program they have presented for Slipper day. It’s one of the best quality programmes anywhere in Australia seen so far in this racing season. All that is now needed is for the weather gods to do their bit to allow the next three weeks of the Autumn Carnival and the Championships to deliver the results that they are capable of delivering.