NOW AND THE FUTURE OF HORSE RACING: WHO REALLY CARES ABOUT IT?‏

The problem with hardcore racing purists is that they want everyone else to think like them. It doesn’t work that way. What also doesn’t work are racing club executives talking about “customer engagement”, while, truth be told, they don’t actually know where to start this process. More, not too many can lead. They move in packs paying corporate lip service.

We hear it every day, and this “leadership” is really only all about “Looking Out For Número Uno”. Nothing wrong with that, but let’s not be irritating sanctimonious dweebs in the process.

When you really think about it, horse racing is a​n insignificant industry in the grand scheme of things. Most of those who work in it full-time have not worked in any other industry, and usually go into massive overdrive to camouflage their one-dimensional shortcomings from those who see right through them. In spite of how transparent their flaws are, these people have managed to sucker punch those other ineffective dweebs- the Human Resources managers at racing clubs – human resources being one of the most irrelevant jobs in any organisation- and now work for obscenely overpaid packages to self-serving agendas knowing they’re traveling first class on the gravy train and only need to do some regular shoe shining to keep the good times rolling in. It’s sycophantic stuff, but this is not exclusive to horse racing. It exists in every industry and no doubt why almost every industry today is struggling to survive: those running it are not good enough.

Should we expect the bulk of these people to be game changers in a sport that desperately needs a damn thorough house cleaning? Of course not. Most couldn’t find the broom closet let alone the broom. And if they finally find the broom, they don’t have a handle on it.

Over the past few months, horse racing in Australia has been rocked and rolled over the cliff by one scandal- and that’s too polite a word- after another. Just when one thinks it cannot possibly get worse, it defies the odds and does exactly that. As Bob Dylan sang, nobody’s right when everybody’s wrong, and right now you wouldn’t know the white hats from those who’ve probably always been on the dark side. It’s just one massive chasm of grey with no knight in shining armour from within or without about to rescue it. The wheel is not only broken, it’s fallen off, but it’s business as usual. Every day, this business and the business of marketing this sport becomes less and less attractive and more and more disheartening.

When Richard Callander, one of those​ supposed​ “racing personalities”, recently described kickbacks in the buying and selling of horses as “racing’s dirty little secret”, he single-handedly did a greater disservice to a sport already struggling for survival than most likely any other person. As a member of the Australian racing industry, it was an act of treason- an ignoble act by someone cornered and going through severe brain freeze. That one line will be what Callander will be remembered for. If it isn’t already, it will be his epitaph. Who wants to be associated with anything or anyone that has “dirty little secrets”?

The big problem is that what happens in Australia doesn’t stay in Australia. In this day and age of social media and various delivery platforms, news and quotes like those from Richard Callander not only travel far and wide. Everything is discussed and dissected until no one knows truth from fiction. And how many really want to? What’s in it for any of us on the outside looking in to fight the good fight? For what? What’s the point? Because you actually still believe in a word like Integrity where there is none?

Racing clubs and their inner workings are being exposed everyday as flawed business models- houses of cards, still with glass ceilings being manipulated and also mangled through incompetence. They continue as examples of The Peter Principle with everyone expected to be docile order-takers- even those with absolutely no need to report to anyone. Racing clubs trying to enforce rules regarding members’ use of social media? How long will this last? As mentioned, whether one likes it or not, that ​man-eating plant from the Little Shop of Horrors is multiplying and it cannot be reined in.​ The genie is out of the bottle.​

Again, news travels fast and a few bad apples can not only fell an entire tree,​ they can bring down an entire industry. If racing clubs cannot see a Them Versus Us scenario being drawn in the sand, it’s time to remove the blinkers, winkers, sheepskin nose bands and the saddle.

Racing fans pay the upkeep. They are owners and they are in very many ways, the employers as they are the customers. And if customers are unhappy with a Basil Fawlty product, this must be fixed toute de suite.

Horse racing has some very good people. This great sport is not a meeting place for cheats on the one side of the fence, and elitists on the other. There’s that very important middle ground comprising passionate racing people constantly trying to improve the sport, make it less insular, make it more likeable, make it less, well, boring, and not always about that horrible four letter word​, the PUNT.

Of course, turnover is the business side of horse racing and the livelihood of every racing club, but has the modus operandi of marketing this changed, and, if so, how and where? Shouldn’t the marketing change? As Adele might say, Hello. it’s 2016, and how is that customer base going to expand by peddling the same old same old to the same old same old who are not Dorian Grey? Hello.

Forget the glib corporate speak and those well known junkets​ to places like Mumbai and Qatar or Meydan and​ that lead nowhere except for some tweets and a blog. The horse racing industry needs to face some home truths. The main one is that it cannot control everything. Control is very much in the hands of the customers. And it will be the customers, who, without being Django chained to bureaucratic red tape and navel gazing, that will eventually get horse racing back on track- those customers still passionate about the sport from a long term point of view and not here for short term returns. It’s them who will help turn this ship around.

YouTube and Facebook, Twitter and Instagram and everything else have changed the world forever, but most horse racing clubs have been extremely slow out of the blocks to understand today’s very creative DIY world and how they can only benefit from this.

Trust your customer. Work with them. If racing did this, maybe one or more DIYers will do for racing what all the white hat hackers and self-styled MacGyvers have done for the modern world: change it for the better. It’s 2016. And, it’s an open source world: everyone is adding and editing and changing everything they see, customizing their lives and their entertainment. Horse racing needs to join in.

If not, the odds are that the DIYers and others will work against ​horse racing and have that court of public appeal on their side. Allow them in as your street marketing team. They will not only surprise you, they will create a new and more positive way of looking at horse racing at a time when the sport needs it if it is to not just survive, but look healthy, attractive and vibrant. And likeable.

Remember that old saying about being so close to something that one cannot see the forest for the trees. This is what’s ailing the racing industry- the inability to see the problems staring it in the face- and with those who are supposed to fix this problem too self-centred or one dimensional to ​know where to ​start. 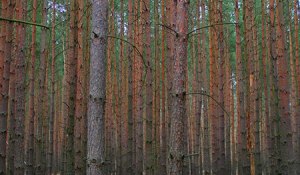 2 Responses to NOW AND THE FUTURE OF HORSE RACING: WHO REALLY CARES ABOUT IT?‏