THE HOUSE OF CARDS ISSUE

Oh, Richie Richboy, you’re in deep, deep bird droppings, aren’t you? Ray Murrihy and the racing police have set March 10 as Liam Prior’s and your own date with destiny. They’ve charged both of you with “dishonest and/or fraudulent actions in connection with the disbursement of $60,000 of the sale proceeds of $200,000 from the sale of Lil Caesar to Hong Kong. Very serious stuff considering that any charge involving the mere mention of the word fraud is at the high end of the Richter scale, offence wise. And the penalties, if the charges are sustained are severe.

Like many of the trainers charged with the cobalt administration drug charges, Richie Richboy’s incredulous “racing’s dark little secret” comments were ill-judged and downright arrogant and stupid. Tact, grace and, yes, even intellect, are rare commodities among the ranks of licensed persons and sections of the racing media when the blow torch is applied. Few can stand the heat in the kitchen, and, quite bluntly, are not endowed with intellect –though, there are some who have sacrificed a potentially lucrative career in law, to take up training horses. Please, talk about dumb and dumber! No, let’s not. Please.

Like Danny O’Brien in the Victorian training ranks, Richie Richboy’s mates in the racing media ranks can be safely counted on one hand minus a few fingers. The Federation of Bloodstock Agents were quick to give the “Pudding Boy” an almighty whack over his comments. So has the Owners Association. And one shudders to think what the Druitt Street heavies think of the “Pudding Boy’s” behaviour, considering The Spudboy and Mr Vlundies have not been known to exchange Christmas cards.

If there is one saving grace from “Richiegate” and the Brent Stanley exposé in Melbourne, it will be the scrutiny that agents. whether they be trainers, jockeys or charlatans of any description, will be subjected to, both from Australia and the overseas destination of the buyer. It’s both the original owners or owners and the new buyer who find themselves as the victims of any sting. For their sakes, let’s hope the exposure of one of the seven deadly sins – Greed- by the middlemen can provide some protection from rorts and stings by the Gordon Geckos of racing. Please. But wait: Gekko learned from his mistakes after his release from the Big House. These losers? Please.

The ructions between Sky and Brisbane Racing over coverage of racing from the Sunshine State on Sky’s so-called premium, racing channel – Sky Thoroughbred Central continue to get louder and, more and more, being played out in the public domain.

Watching the weekend coverage, it is hard not to agree with the Brisbane Racing Club. They are being short changed and relegated to the role of bit player and a lowly support act to the main player – NSW Racing. The mounting yard coverage of the average non-carnival Sydney Saturday race meetings, despite the small fields and lack of quality, is so extensive, it cannibalizes the coverage of its Brisbane counterpart. Is it any surprise that the Brisbane Racing Club (BRC) would like to tear up their agreement with Sky and migrate to racing.com?

BRC Chairman Neville Bell left no doubt of the Club’s frustration with the Sky Coverage, telling the Courier Mail’s Nathan Exelby that “the BRC is very frustrated with the manner in which Sky is promoting our racing product. We have been in dialogue with Sky for many months, dating back to last year’s carnival. There have been periods of improvement where Saturday racing has been showcased better and we have noticed an uplift in turnover on those days. We would like that to be more consistent. I believe we have strong grounds to question the performance criteria set out in the contract. I have a responsibility to have BRC product promoted in the best possible light and at the moment that is not occurring”.

Exelby adds that “Bell and many other feel Queensland has suffered since NSW signed its long term agreement with Sky after the demise of TVN”.

Not surprisingly, the response to Bell’s comments and Exelby’s piece came from – you guessed it, Racing NSW supremo Pietro Vlundies. And in classic vintage Vlundies style, he threw the blame right back across the border and into the lap of the victim – Racing Queensland: “There’s nothing we want more than to give Queensland more coverage, but it has to work on the clock which is the biggest problem. If the (race) times could be arranged (Queensland) could get substantially more coverage. We have never stopped Queensland getting coverage and never will, but because the clock is the way it is, sometimes they will get less and sometimes they will get more”.

Very interesting choice of words – “We want nothing more” and “We have never stopped Queensland”. Isn’t the agreement between Racing Queensland and Sky? Or, as we suspect, is the tail wagging the dog? Perhaps Neville Bell and his BRC Board have erred in not negotiating directly with Vlundies, rather than wasting their time with Sky? And how noble of Lord Vlundies to “want nothing more than to give Queensland more coverage”. Magnanimous as always with giant echoes of Frank Underwood-type sincerity running through our heads. It’s easy to understand why the Authorities found it so necessary to give him an Order of Australia medal.

WHO IS NEXT ON THE DEFECTION LIST TO RACING.COM?

The news that the three feature days from the Dubai Racing Carnival will be covered in their entirety on Racing.Com will be welcomed by racing enthusiasts and punters alike. Racing.Com has ample spare capacity in its programming schedule to cover more races, particularly in the late evening, and at night, and, given the different time zones, can provide a much more comprehensive coverage of International race meetings. The Dubai Carnival could be the first of other International carnivals and race meetings to be covered by the channel.

There seems every likelihood that the forthcoming Royal Ascot carnival might also be covered by Racing.Com. But whilst Dubai and Royal Ascot are important major International racing carnivals, it is Hong Kong racing that should move to Racing.Com, given Sky’s cluttered roster of race meetings on Wednesday nights and Sunday evenings.

Adding the Hong Kong coverage to Racing.Com would be a win-win scenario for all parties – Racing.Com, Sky, Tabcorp, for co-mingling with Hong Kong, and for punters and racing enthusiasts.

The benefits of co-mingling have yet to see the light of day, thanks to the abysmal marketing of Hong Kong racing and the cluttered Sky schedule. The opportunities to grow the co-mingled pools through a better coverage on Racing.Com is a no-brainer.

Let’s just hope that if it is not on the radar, the parties concerned seize the commercial opportunity that awaits. 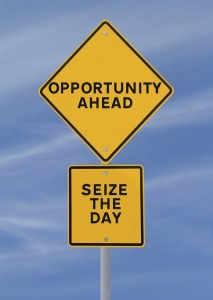 SORT OUT THE GUINEAS CLASHES

This weekend again witnesses another pathetic and embarrassing example of the dysfunctional state of Australian racing, and, in particular, the “penis envy” between Sydney and Melbourne. Despite all the “spin” about how the Australian and Randwick Guineas can co-exist on the same day without diluting the quality of the fields, the reality is that when comparing the 2016 versions, Flemington’s Australian Guineas is kilometres superior to its Randwick counterpart. And that is despite the presence of standout colt Press Statement, without whose presence, the Randwick Guineas would struggle to be a Group 3 let alone a Listed race.

It's full-steam ahead for Press Statement in the Randwick Guineas. 🏇💨 https://t.co/Pn95zwIvuv pic.twitter.com/R2UQcdXL8I

Putting aside the finger pointing and blame game that is deeply embedded in Australian racing amongst its administrators and participant groups, it begs the question as to why NSW Racing would even contemplate conducting Two Guineas races during one compressed Autumn racing carnival, despite the 200 metres difference in distance between the Randwick and Rosehill Guineas. But logic and reason are not part of the DNA of racing in that State, is it?

Further, their friends across the border down Mexico way have been running the Australian Guineas a week prior to their Super Saturday for some time now. This clash has only been brought about because of the introduction of The Championships and the eleventh hour re-jigging of the carnival race schedule by Racing NSW and the ATC.

Having said that, and if the two states can be brought dragging and screaming to the negotiating table, a workable outcome would be for NSW to revert back to their pre-Championship Autumn carnival dates when NSW and Randwick “owned” the Easter carnival, and the week long carnival attracted the highest quality of horses. It was a carnival week not to be missed, similar to the Spring racing carnival in Melbourne.

Such a move would provide an opportunity for NSW to continue with its Monty Pythonesque dual Guineas setup, but at least space the two races and not just avoid a clash with their despised competitor down south, but also improve the quality of the Randwick Guineas.

BUMMER. AND THEN THERE WAS JUST ONE…

Embarrassing, isn’t it that just a month or so ago, Racing NSW town criers – the double act of the “messiah” and his Dark Knight were beating their chests proclaiming the internationalization of the Championships with just four, albeit high quality Japanese racehorses poised to travel down under.

Even their media megaphone, Ray Thomas, told us how this globalization of the Championships had been fast tracked, amazingly, within just two years – quicker than turning a packet of instant noodles into a meal within ten seconds. But, so sadly for the dynamic trio, three of the four Japanese entrants have fallen by the wayside.

Sorry fellas, in case you’d forgotten, Rome wasn’t built in a day. Just promote the Championships for what they really are- a domestic Championship series along the lines of British Champions Day, where the cream of Australian racehorses – the elite of the champions down under, can compete for serious prize money. Forget the pie in the sky, and playing with the fairies Kool-Aid mixed with Cheech and Chong pipe dreams. It’s like, bummer, man.

Let The Championships be a carnival of the best in Australian racing and lock it into the Easter week and reclaim Easter from the NRL and from further encroachment from its rival AFL code. 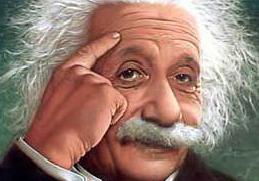 2 Responses to THE HOUSE OF CARDS ISSUE