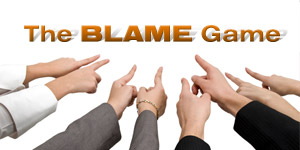 Hearing the excuses offered up by sportsmen and women for losses, where in just about every instance the blame lies with someone else and external factors are always the culprit, is one of the most common “turn-offs” in sport.

It’s yet another example of a trend which has become entrenched, not just in sport, but in society in general – the deliberate, calculated decision not to take responsibility for loss, or to put it more bluntly – failure, and then blame someone or something else.

Like so much of what it does, racing has turned the “blame game” into somewhat of an art form. The usual culprits are always trotted out and exaggerated beyond what even a grade one school boy ot girl would take seriously.

Last Saturday’s Flemington racing surface had the blowtorch applied to it as the “usual suspects” in the trainers ranks and some of the “brain dead” racing media struck up a coalition and took the baseball bat to the track.

Our old mate John O’Shea, in his new incarnation of Godolphin head trainer has, as one media scribe described it, a “gorilla” on his back when it comes to his record of training black type winners, and serious ones at that, in Melbourne. His ordinary record stretches back to pre-Godolphin times, and despite the riches from the world famous Darley bloodlines and some of the best bred horses in Australia that enter his stables each year, O’Shea struggles on a big scale to make inroads during the feature carnivals in Melbourne. Sydney is a different ball game, but we’ve yet to see a seriously good stallion come out of the Godolphin yard since he took over the reins.

Exosphere looked like he could be the one, and he could yet be, but he is leaving his run very late. And the excuses being offered up for him by O’Shea are becoming repetitive and increasingly wearing very thin.

Champions are made of turning adversity into a date in the winner’s stall. Chautauqua did it on Saturday. Winx and Press Statement made deafening noises with their awesome performances over the past two Saturdays. Exosphere didn’t. And hearing O’Shea play the blame game was unedifying. True, he admitted that they got their tactics wrong. And they did so in a big way that had an impact on Exosphere’s chances. After all, it was only a six horse field, and surely it would not have taken an Einstein to work out where the better ground was and then head towards it. And James McDonald after all, had won a race earlier in the day on Estaminet, so really there are no excises for going on about the inside ground being like “quicksand”, is there? 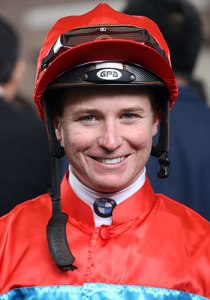 Clearly, the Godolphin team stuffed up with their tactics, and despite the conjecture about whether or not Exosphere has an aversion to straight track racing, blaming the track for his defeat rather than race tactics, has a taste of sour grapes and the blame game written all over it. 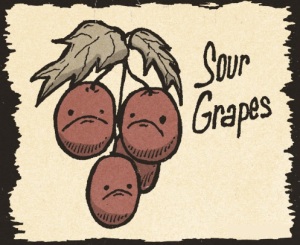 Just maybe, Exosphere is not as good as the hype has suggested he is. After all, when you consider the likes of Chautauqua, Terravista and Lankan Rupee, they’ve all been able to win on different tracks, clockwise and anti-clockwise. And they have all encountered adversity and overcome it, which champion horses and their trainers and jockeys do. And on the subject of jockeys, we have to wonder if Young James is enjoying his gig or desperately wants out. 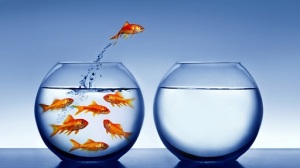 Richie, Richie, Richie, you silly little big boy. Thought you could be racing’s Gordon Gecko, didn’t you? You’ve certainly opened up a pallet load of a cans of worms of all shapes and sizes, big boy. Yet more convincing evidence that maybe everyone in racing should be forced to sit an IQ test before being passed as being suitable to be part of what has become an industry whose integrity is in tatters.

Why would anyone want to be associated with it? Where’s the pride in ownership? Racing so desperately needs a Damage Control campaign of global proportions. 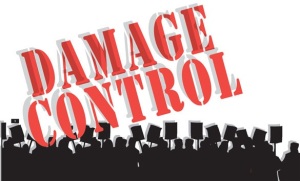 If drugs, corruption, race fixing and the infiltration of criminals is not a sufficient cross to bear, we are now being served a separate course of financial stings through the sale of horses overseas where owners are being duped big time. Coming hot on the heels of the charges laid against Brent Stanley and Glyn Schofield in Melbourne, it is another shot across the bow for racing’s integrity, or what is left of it. Where will all of this lead to? 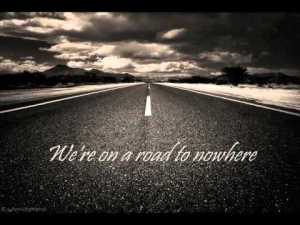 Richard Callander’s pathetic attempt to “spin” his way out of trouble in the Racing NSW stewards inquiry into the sale to Hong Kong of the Chris Waller trained Lil’ Caesar, in a deal involving Glyn Schofield and Waller’s Racing Manager Liam Prior, has placed him in more scalding hot water than he might have realised. 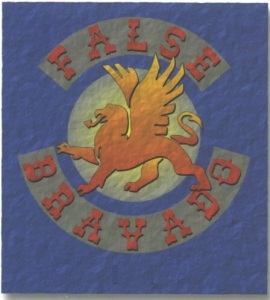 His “racing’s dirty little secret” comments referring to secret commissions and kickbacks, alleging that there are backhands and commissions paid in nearly every horse sale and that “it happens every single day in racing in every sale”, provides more ammunition than can be found in a ‘munitions repository for the growing number of racing’s detractors to use against the sport. Tellingly, it is another black mark against the once mighty sport and another compelling reason not to own racehorses.

It also adds to what increasingly is starting to sound like very hollow noises made by governing bodies and the racing media constantly patting themselves on the back about “upholding the integrity of racing”. What integrity? Is anyone really naïve enough to believe that there is integrity in racing, or in any other sport for that matter? Or is “Integrity” just a tired old euphemism for something else?

Callander’s evidence to the Stewards inquiry was all over the place. It was a dog’s breakfast. Actually it reminded us of Fat Boy Slim when his mouth runneth over tipping all those Chris Waller runners.

Yes, the ultimate sale price for Lil Caesar was $200,000, of which Glyn Schofield received a $10,000 cash commission for facilitating the sale, and the owners received the quoted sale price of $140,000, not the “real” price of $200 large, with “Richie Richboy” and Liam Prior trousering the spare $50,000. And despite “Richie Richboy’s” belated atonement: “I made one error of judgment in not contacting the owners (at the time) and telling them we had got the bigger amount and asking how they would want the (extra) money dispensed, I have contacted them all now (personally) and they have all been paid (their share of the extra $50,000), it begs the very obvious question as to whether these owners would ever have seen the colour of their share of the “real” sale price if the whistle hadn’t been blown on this unsavoury transaction? And if some or all of these owners were mates of the “big fella”, it makes the whole scandal even more sordid. And it will get messier, kids. Promise. Other “dirty little secrets” will be revealed and everyone thrown under the bus as part of the mad scramble for survival.

As Sydney Morning Herald Chief Sports Writer Andrew Webster reported this morning in his sports column, “Richie Richboy’s” bestie Chris Waller has been dragged into the Lil Caesar spider’s web. Webster reports stewards have interviewed Waller who is listed as an owner in the “Boomski Two” syndicate, one of the former owners of Lil Caesar. Boomski???

Webster poses some interesting questions: “The question being thrown around in racing circles is what it means for the trainer (Chris Waller)? For starters Racing NSW investigators have spoken to him (Chris Waller), but he is not expected to be called to front any inquiry. But surely Waller will have to cut ties with Prior and Callander – a close associate – if the allegations stand up”.

Whilst Racing NSW Chairman of Stewards Ray Murrihy has cleared Waller of any involvement in the sale of Lil Caesar, Waller himself has stated that he will await the outcome of the stewards inquiry before reviewing Prior’s position with the stable. 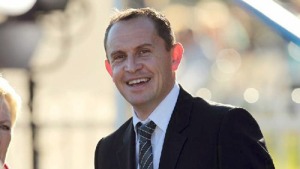 Callander meanwhile has “stood himself down” from his active role with racing website G1X, with The Australian newspaper reporting G1X Chief Executive Simon Mackay stating that Callander’s offer to stand down had been accepted in his best interests and that of the company- duh- adding “without pre-empting the outcome of the inquiry, G1X is a transparent organization whose values are based on the highest standards of trust and integrity.” Yep. 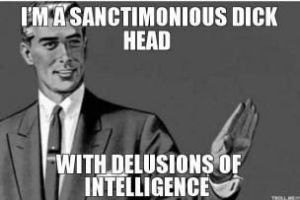 “Trust” and “integrity” – so often bandied around, sometimes with indiscriminate haste in racing circles, as if racing has some sort of ownership patent on them. And yet, racing has contributed so much to devaluing trust and integrity, treating these values with sanctimonious disrespect.

We wonder aloud if “Richie Richboy” will ever return to G1X? Or has he become a liability? And from what is being spoken about, does the racing website, in its present incarnation- and it continues to be a chameleon, almost as if no one has a clue what to do with it- have a long life span? Could it all be just another brick in the John Wall?

A few weeks ago we reported how Tabcorp had been operating an “Early Quaddie” on both the Happy Valley and Shatin races in Hong Kong, but the wagering giant had failed to make any audible noises about the bet type on Hong Kong races.

Fast track to this week and it was pointed out to us that Tabcorp had also been operating a “Big 6” equivalent to the hugely popular Six Up bet type in Hong Kong on the last six races on all Hong Kong race meetings.

Despite the very small pools on the Big 6 – largely the result of Tabcorp’s reluctance to place an attractive minimum funding floor under the bet type and guarantee to seed fund the bet type until it was properly established- it again raises serious questions about Tabcorp’s marketing and its responsibilities towards its shareholders. Further, it raises questions as to how serious is Tabcorp’s commitment to its co-mingling arrangement with Hong Kong, Batman?

STILL “KNACKERS”, BUT NO CLOWN 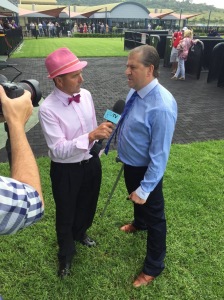 No one’s perfect- not even Ritchie Callander- and our old mate Neil “Knackers” Paine has had his fair share of critics since taking up the role as host of GaiTV, a bit of fun for Lady GaiGai’s owners and fans. Sure, most of “Knacker’s” outfits are a little on the LOUD side, and some of the early episodes may have rubbed racing’s purists the wrong way as doing anything differently is just not cricket when it comes to the “Sport Of Kings”, but credit where credit is due: the outfits might still be colourful- and what’s that got to do with anything?- but from what we understand, Neil Paine has enrolled in an elocution and presentation course, which is more than be said about some shockers we’ve heard recently on radio. Anyone hear the poor bloke on radio recently who tripped all over again and again trying to come to grips pronouncing Renumorate before conceding he hadn’t a clue what the word meant? The new, improved Neil Paine is still having fun hosting GaiTV, but it’s fun with a new found sense of professionalism, which sits fine with us.