HORSE RACING: WHY CAN’T IT BE MORE LIKE DAVID BOWIE?

The news on Monday that David Bowie had passed away had the twitterverse explode. After all, this was Bowie, the most innovative musician ever, who refused to stand still. Describing the artist as “iconic” wouldn’t do him justice. Perhaps, there are no words to describe someone who went from being David Jones to David Bowie to Ziggy Stardust to Aladdin Sane to The Thin White Duke to simply being Bowie to his fans, and David Jones to his family.

But Bowie was never simple. He was a musical and visual chameleon who took many of us on very different journeys along with everyone from Major Tom and that China Girl to the Jean Genie and Ziggy Stardust to places like Suffragette City and Life On Mars, and finally singing the prophetic, “Look up here, I’m in heaven”, the opening lines to “Lazarus”, a track off “Blackstar”, his record released shortly before he left this world for another.

What was both interesting and refreshing to see were racing fans, especially, on Twitter, leave the horses in the stable for a while, along with the now finely-crafted act of tweeting through one’s pockets, and pay tribute to this special Man Who Fell To Earth. At least for a short while, it showed that racing fans don’t lead one dimensional lives. They have other interests beyond handicapping, track conditions, breeding and form. 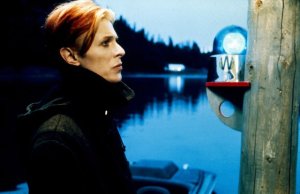 Racing clubs have armies of marketing people, but their effectiveness is open to conjecture. Coming from a corporate background armed with briefs tied up in red tape, and, too many times trying to second guess what they think their mother superiors want, or, at least, might want to hear, hardly ever results in reaching those consumers who are as yet to set foot onto a racecourse. It all still comes down to talking to that captive audience already extremely well fed with all the information they need. 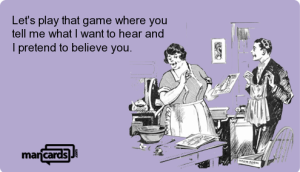 For all the talk about being “customercentric” and “engaging the customer”, the level of engagement remains firmly with the purists. Like in music with its Jazz, Blues, Heavy Metal and Rap purists and communities, there’s absolutely nothing wrong with this. Horse racing is very dependent on this customer segment. But, unlike music, with all its different genres to cater to very different music fans, horse racing is all- and only- about horses racing against each other. There’s not exactly a variety of options to win over those wishing to play, but not knowing or understanding where they fit in and with who they can interact.

This is a major problem and missing link in stopping horse racing from winning over a larger portion of the consumer pie, and with it, a bigger slice of the wagering landscape as it fights to be heard and noticed over far more popular sports with greater exposure, and a buffet of leisure activities available online and offline. 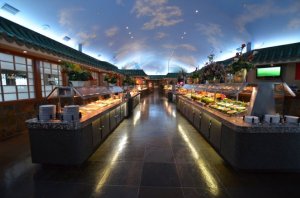 The challenge for racing clubs is how to effectively use those who follow everyone and everything from the results of the Golden Globes Awards to Adele, Ed Sheeran, Taylor Swift, Apple, Netflix, Leonardo DiCaprio and Amy Schumer- and horse racing- to also be even casual ambassadors for the sport.

It’s not that different to music companies realising that, with the advent and advancement of social media, the power was with the music fans. Music fans communicating with other music fans had far greater credibility and relevance than any information about new releases from some faceless corporate entity. Music companies stood back, watched, learned and absorbed. The tail was wagging the dog. Maybe it always was, but no one knew this until the likes of Facebook and YouTube came on stream.

If horse racing can learn anything from David Bowie, it’s that the sport needs to live and breathe “to thine own self be true” while simultaneously being fearless about change. What Bowie taught us all about marketing boils down to Arsene Wenger’s tribute about being “strong enough to be yourself”, and the more universal need to seek out and embrace Ch-ch-ch-ch-Changes.

What horse racing as a sport needs is not “innovation” and “engagement.” These words are thrown about the sport like trash on a windy day in an empty parking lot. No, what the sport needs is to actually change, and offer more to those who are not currently fans, but who could be if racing was presented to them in a way that was relevant to them and made sense for them. And who presents this to them- especially the racing fans- is key. Today’s racing community must be as diverse as the different customer segments, and to speak in many voices in order to make the sport grow. 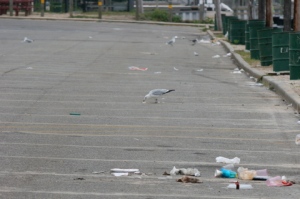 What made David Bowie so amazing as a musician and as a brand is that he really had one subject — himself. His music, his appearance, everything about him that seemed to change on a whim, was just another expression of that one subject. And yet, everyone has a different David Bowie they are fans of or a David Bowie song/songs that resonated with them the most. Horse racing has one subject — racing — but it could be presented in a myriad of ways, each being relevant to a different consumer segment. Instead, racing is stuck, often with an elitist viewpoint, where people talk about wanting new customers, but no one wants to offer much by way of change to acquire these customers because that might affect the current established customer base.

Why can’t the sport give those who love to handicap what they want while also giving those who love the horses what they want, and those who love to socialize what they want? Why can’t there be a Ziggy Stardust version of racing, and a trench-coated fedora-wearing version along with any other version that racing should never be afraid to embrace? The time has come to say no to the purists and the elitists, some of whom definitely need to take a chill pill. Keep their version of racing, of course, but stop allowing them to do the majority of the marketing, and be the sport’s only voice. Racing will always be racing — horses running against each other to see who’s the fastest. Change can be hard, but change is great. It brings something new into something old. In the process it can make something old relevant again to a new generation.