THE JUSTICE FOR SOME ISSUE

By Keyser Soze in Australia

THE REAL FIGHT NOW BEGINS FOR O’BRIEN AND KAVANAGH

To the surprise of no one, the Victorian Racing and Appeals Board delivered the guilty finding in the cobalt cases against trainers Danny O’Brien and Mark Kavanagh, and their estranged veterinarian Tom Brennan.

With a brief interlude of a few weeks for submissions prior to penalties being handed down, the next step in this debilitating and protracted process and saga, is the inevitable appeals process, first to the Victorian Appeals tribunal and, ultimately, the Supreme Court, with a High Court option further down the track, if needed.

The Appeals Board findings are particularly damaging to O’Brien, who was found guilty on all sixteen charges. Despite the bravado and confidence expressed by both O’Brien and Kavanagh in their letters to stable clients, they must know the enormity of the task that confronts them in their quest to prove their innocence. They’ve lost Round One. They won’t want to lose Round Two, particularly with the Sheales’ ka-Ching meter ticking over.

On a more serious front for Racing Victoria, there is little doubt that Victorian racing’s best friend in the corridors of power in the State, Racing Minister Martin Pakula, has the governing body under intense surveillance. He won’t back away from intervention if he deems it necessary.

CLEANED UP BY THE “GOTES”

The outpouring of emotion for Mick Burles, the larger than life trainer of one of Australia’s most popular racehorses, The Cleaner, when the news broke that the owners had decided to transfer the horse to the Victorian team of Peter and Manny Gelagotis, surprised no one, except perhaps “the Gotes brothers”.

The “Gotes Brothers”, serial tweeters, and regular guests on their mate Shane O’s bright and breezy morning program on Australia’s most radio station for dead people- RSN- cleverly take the moral high ground on many racing issues. Brother Manny “Gote” is particularly adept at talking the talk with the average battling punter and trainer. He appeals to the anti-authoritarian streak that is running out of control in Victorian, NSW and Australian racing at the present time, where Stewards and Governing bodies are demonized and the call for blood is getting louder.

The Manny “Gote” by his own admission has been one of the loudest cheer leaders for the Mick Burles/The Cleaner travelling show. There’s empathy, isn’t there, for the battling trainer whose rags to riches story puts a lump in the throat of the racing community at large?

So, for the average punter out there, if the shock of Mick Burles losing his special horse was bad enough, the news that the float picking up The Cleaner was heading in the direction of the “Gotes Brothers” training complex in the Victorian township of Moe, was an aftershock.

The question still being asked by many is a simple one: If the “Gotes Brothers” felt so strongly about their mate Mick Burles, a simple thanks, but no thanks to the owners of The Cleaner, is what is expected of mates under the “mates act”.

What is certain is that self-interest is alive and well and prospering in the training ranks in Victoria. And no sanctimonious posturing will ever change that.

NOT SUCH AN ACQUIRED TASTE AFTER ALL…

An investigation by the Australian Competition and Consumer Commission (ACCC) is what sends shivers down the spine of any business, and particularly, its executives and board of management.

So when one of our readers alerted us to News Limited and Fairfax media reports that Acquire Learning, the brainchild of racing website G1X founder John Wall, and his partner Andrew Demetriou, former AFL Chief Executive, was being investigated by the ACCC, it sparked more than a ripple of interest.

John Wall is also a shareholder in several horses trained by Gai Waterhouse, and recently has thrown a bucket load of dollars to set up the G1X website, hiring a chunk of the former TVN broadcast team including Bruce Clark, Richie Callander, Mick Sharkie and Adrian Dunn to head its on-air team, and supported by an extensive media campaign to promote the website and streaming service.

But Wall and Demtriou might be navigating stormy seas, with the ACC in its Federal Court action alleging “unconscionable” conduct by Acquire Learning by “pushing people with learning disabilities into taxpayer funded training courses in return for commissions”, according to a News Limited report.

The report further states that the “ACCC alleges that Acquire pressured three people with learning problems into signing up”. If true, that’s something words cannot describe.

Responding to the ACC action, John Wall is quoted as stating that “these proceedings relate to alleged historical matter and are not a reflection of current practices”. Interesting times not just for Acquire Learning, but for the Wall/Demetrious empire including G1X.

GOSFORD CLOSURE – FIRST OF MANY? 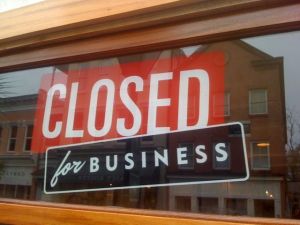 The decision by the Gosford Racing Club to close its training tracks and facilities will inevitably be the forerunner to a major reshaping of the racing and training facilities landscape in NSW.

Clearly, the existing racetracks and training model under which NSW racing is conducted, is unsustainable, even after the tax parity windfall which bears the unmistakable imprimatur of Racing Minister Troy Grant specifying both the allocation and use of the funds and timetable for release of these funds into NSW racing.

The reality is that NSW, like their mortal enemy across the border in Victoria, has far too many racetracks to service a declining horse population and a declining pool of owners and trainers.

More relevant is another reality that with pari-mutuel wagering revenue growing at a snails pace if at all, the cost of running the NSW racing industry, and topping up the escalating infrastructure budget is approaching mission impossible.

Whilst it is political dynamite to even go anywhere near a blueprint for rationalizing racing and training facilities in NSW, the tough times which are already in place necessitate an open and rational conversation about this contentious subject as matter of urgency. It also requires brave and decisive leadership, which Australian racing is sadly lacking.

One can imagine the howls of protest from the provincial and regional areas from local politicians and community groups with their familiar cries of an approaching Armageddon, and how taking a racetrack away from a country town will hasten its demise. But again, the reality is that these very same people have voted with, and continue to vote, with their feet in failing to support local racing in their own backyard in country NSW.

Isn’t it time club mergers in the provincial and country areas of NSW were put firmly back on the agenda? It maybe NSW country and provincial racing’s only chance of survival.

MICHAEL FREEDMAN CHOOSES SYDNEY FOR HIS BASE

The younger of the Freedman Brothers, Michael has done an about face and chosen Rosehill as his Australian base for his new stable. For Michael Freedman, who was one of Singapore’s leading trainers, the decision was a no-brainer.

The strong mail is that the China Horse Club, which is Freedman’s main backer, was keen for him to set up an Australian stable as a priority and with the yearling sale circuit about to begin in January at the Magic Millions on the Gold Coast, they are expected to continue to be major players in Australian racing.

In a reverse move to the one made by Michael Freedman, one of New Zealand’s prominent and successful young trainers Trent Busuttin has announced that he is moving his stable to Victoria and to the training centre at Cranbourne.

Best known for winning the Victoria Derby with Sangster, and for successfully campaigning El Roca in Australia, Busuttin has been granted 40 boxes at Cranbourne. The migration of successful Kiwi trainers to Australia shows no sign of abating, and reflects very much on the sad state of the New Zealand racing industry.

1 Response to THE JUSTICE FOR SOME ISSUE