HONG KONG RACING AND AFTER #HKIR: AND NOW WHAT?

It’s tough to watch or read the news these days without feeling like that lucky man who only made the grade by blowing his brains out in his car. And as we wonder how many seats it takes to fill the Albert Hall while we’re Trumped, chumped and dumped by those we have given the power to lead us from damnation and into salvation, even the safe haven that has always been Hong Kong has entered choppy harbour waters.

Apart from the economy, the mood is down, and as outspoken local political columnist and television personality Michael Chugani gloomily predicted over dinner to some of us this week, “It’s game over for Hong Kong”. Reading everything said and written between the lines, and in the lines, Hong Kong’s “Can Do” spirit seems to have upped and left the building with Elvis as the Theme from Exodus plays in the background.

Hong Kong is undergoing a Downtown Funk. Longtime Hong Kong Belongers are closing shop and leaving for what they hope will be greener pastures- Vancouver, Melbourne, Sri Lanka, Copenhagen, Greece, Spain, Oslo, Singapore, Cambodia, Mongolia…Macau. For myself, uprooting to Copenhagen and living on herring and cheese open-faced sandwiches could be hard to swallow.

It was against this backdrop of uncertainty and challenges ahead that the highlight of the Hong Kong International Races Week took place on Sunday at Shatin Racecourse. There’s a resilience about Hong Kong racing in the face of all adversity. We saw this during those 79 days when Occupy Central brought most of Hong Kong to a standstill. Except for the two race meetings a week. 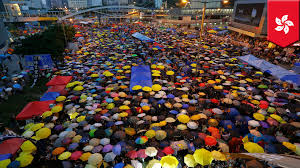 The city’s richest man- billionaire Li Ka-shing- might have sent a powerful signal by announcing his decision to move his business empire to the more “convenient” Cayman Islands, but horse racing gallops on with an “I’m alright, Jack” nonchalance. What Jack Ma’s Alibaba Group recent purchase of the South China Morning Post will mean- and how this will be interpreted and accepted by Beijing- is open to debate. But this has nothing to do with horse racing. Investor unease in the stock market continued with the disappearing act of Guo Guangchang, Chairman of the Fosun Group, on Thursday. But there was no need for panic as far as local racing fans were concerned, at least not for those four hours of horse therapy at the racecourses at Happy Valley and Shatin.

At Shatin on Sunday, we were there for the pure enjoyment of horse racing- for the culmination and final act to all those moments discussed ad infinitum about who will win what and why over lunches, dinners, on social and traditional media, at Escape, at the various hotel bars and lounges, and via those endless exchanges of “mail”. 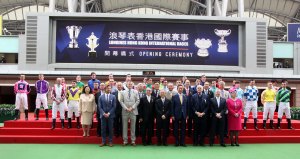 Yes, Frankie Dettori wasn’t riding because of his suspension, but there were several flying dismounts around town by the irrepressible Italian ever since arriving in Hong Kong earlier this week to receive his Longines Best Jockey In The World Award. But this particular International Race Day wasn’t only about the riders involved in the ten race card.

The Hong Kong International Races have quickly grown up to become a showcase to market equine talent for trainers and their owners. Call it clever product placement. It’s probably why there has never ever been such an incredible wealth of Group 1 training talent- Dermot Weld, Aiden O’Brien, Andre Fabre, Alain de Royer-Dupre, David Hayes, Chris Waller, Freddy Head, and Yasutoshi Ikee.

Of course, they were there to win, and also to market their product. Gai Waterhouse might not have had a runner on Sunday, but she was not in Hong Kong being the belle of the ball at her party at Upper House to kill time and press the flesh. The lady is too smart a marketer for that. It was all about making the most of the timing and the perfect showcase to present her brand to prospective new clients- cash-rich Chinese clients. It worked.

What also worked was Ryan Moore outriding them all on Highland Reel for the luck of the Irish in the Group 1 Longines Vase. So much for a senior executive of the Melbourne Racing Club fobbing Moore off at Adrenaline on Wednesday as “just another rider”. Please.

As if to prove, anything you can do, I can do better, we next saw the absolute brilliance of Joao Moreira to get the Tony Cruz-trained Peniaphobia out from barrier 14 and onto the rails over 1200 metres, and play Catch Me If You Can. It was a genius ride from The Magic Man that won for Hong Kong the Longines Hong Kong Sprint. It also showed what’s so flawed and silly with the “Longines Best Jockey Award”.

Just wish someone asks me to write a Hong Kong national anthem for this city. We deserve better during those presentation ceremonies than those shocking trumpets blurting out that odd melody line.

And we got better racing when Japan’s Maurice- pronounced “Morris” as in Steve Miller’s Space Cowboy- ridden by that man again Ryan Moore- beat local hero Able Friend into third place in the Hong Kong Mile. Actor and Longines brand ambassador Simon “The Mentalist” Baker presented something or another, and men and women swooned over his hair.

While the Vapors played “Turning Japanese” in my head, legendary Japanese jockey Yutaka Take, who won the Hong Kong Vase in 2001 on Stay Gold, ran away with the Hong Kong Cup on A Shin Hikari. It was an awesome win.

The Japanese quinella with Nuovo Record assured a greater Team Rising Sun for next year’s HKIR, and the next steps towards creating a stronger business partnership between the HKJC and the JRA. 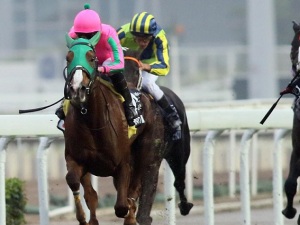 With the overseas raiders now gone along with the passionate international racing fans, the usual media suspects, the freeloaders, the barflies, the groupies, and the hangers-on- most with absolutely no emotional attachment to the city- Hong Kong remains the sport’s Great White Hope at a time when racing jurisdictions- other than, possibly, Japan- are saddled with herds of white elephants. Horse racing is an industry on its last legs. Even Pollyanna wouldn’t argue with that. It desperately needs a new lifeline.

As Winfried Engelbrecht-Bresges, Chief Executive of the HKJC, repeatedly mentioned before the start of this racing season, the next two years will be a challenge for the Club. Why? Because, it’s the economy, stupid. Because nothing stays forever. Because it’s about having to be smarter and look to where no one has gone before with such a multi-dimensional organisation that’s more than a racing club. It’s about knowing, and putting into practice, how and where the HKJC might be most effective, and relevant to the people of Hong Kong. It’s knowing the Club’s performance will be judged by the government, and, which, in turn, will always be monitored and piloted by the powers-that-be in Beijing. 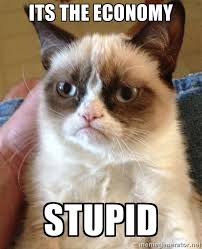 Of course, horse racing, with its emphasis on the wagering landscape, will always be the Club’s flagship product, and here, there are those who wonder if the HKJC might purchase the meandering Macau Jockey Club lock, stock and two smoking barrels, now that the price looks to finally be right. An extra race day- even in Macau- will make a huge difference to turnover, they say, along with new permits meaning more horses and new owners. Easier said than done. What problems might this investment inherit by taking a new broom and trying to clean up over a decade of integrity issues on many levels while trying to put the Humpty Dumpty omelette back together again?

Wouldn’t any association with Macau, often seen as the epicentre for money laundering, have a negative rub-off effect on the HKJC brand that has taken such great pride in upholding integrity in every aspect of horse racing? 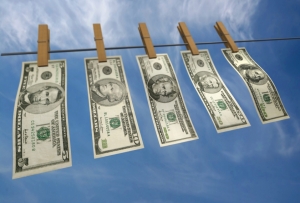 The future marketing- effective marketing of co-mingling with the right business partners, improving and standardising the “information highway” when it comes to odds and content during the simulcasts, and the much talked about training facilities in Conghua, which will, literally, bring Hong Kong horse racing to Mainland China, look to be the most obvious areas for growth. The question is the team Engelbrecht-Bresges builds under him to achieve all this- a team who shares this very special leader’s vision, intellect, curiosity and internationalism. 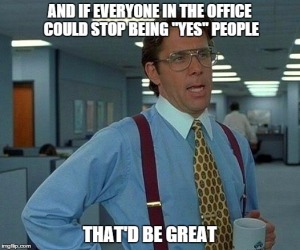 For today, however, despite the dips and drips in the weather over the week, it’s been a fabulous week of racing leading to Sunday’s results in a city undergoing enormous change, something only truly understood by Hong Kong Belongers.

The big questions for the HKJC to ask itself about its racing product while always ensuring quality control over its brand, are “And Now What?”, and “With who?”

4 Responses to HONG KONG RACING AND AFTER #HKIR: AND NOW WHAT?