WE CAN ONLY WISH

Of course, it’s about the horses- Blazing Speed, Flintshire, Able Friend, Gold-Fun, Straight Girl, Free Eagle, Criterion etc- and the riders- Moreira, Guyon, Purton, Whyte, Cheminaud, Ryan Moore, Bowman, Oliver, Soumillon- and the trainers- Fabre, Dupre, Dermot Weld, Hayes, Moore, Size, Cruz- and all the colour, excitement, crowds, and coming together for a celebration of horse racing. But there’s more. There’s our Top Ten Wish List of things we’d like to see that are a bit more on the flip side of the norm. For example…

*Test out the mental agility of Longines Brand Ambassador and Actor Simon Baker, who plays Patrick Jane in the television series “The Mentalist” with this question: “Oy, Simon, if you’re The Mentalist, who’ll win all the races?”

* Demand, that as his swan song, outgoing Executive Director of Racing- the hard working, and charismatic Billy Nader- sing a reggae version of “Hit The Road Jack” onstage at the Beer Garden and backed by the Big Bong as the Big Whopper’s favourite fireworks display explodes in the background and spells out “Hong Kong’s Been Good To Me.” 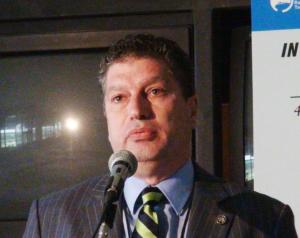 * Hire a team of lip readers to tell us what’s been said in the paddock before each race…and then what’s said in the unsaddling enclosure after the races.

* Have Snoop Dogg call the HK Sprint- with David Raphael- and appear with the Racing To Win panel comprising Goofy, Mr Excitement and Pizazz.

* Watch Jockey Victor Espinoza and HKJC CEO Winfried Engelbrecht-Bresges engage in a marathon dance-off at Adrenaline. Victor might have the footwork miles on the board after his appearances on “Dancing With The Stars”, but E.B is no pushover with moves that are not exactly Drake or Pharrell or Miley Cyrus, but there’s definitely some Soul Brother Number 1 James Brown shuffling going on along with a bit of Travolta-juiced Pulp Fiction.

* Run into Francesca Cumani at one of her favourite dim sum restaurants in the bowels of North Point and just watch her eat.

* See Joao Moreira lead a conga line from Central to Shatin Racecourse with Brucie, Richie and Shane O as out of place and kinda weird looking Pom Pom girls. 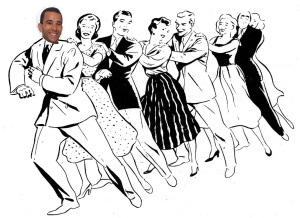 * Watch well-known and well-connected Hong Kong media personality Michael Chugani engage in a debate on the correct usage of the word “colony” at Adrenaline at Happy Valley Racecourse with Pat Cummings, the HKJC’s head of racing communications, guru of the twitterverse and Big Poohbah of #TeamAmerica. That darling boy Shane O to act as obsequious mediator. Should be mind blowing stuff.

* For Bruce Clark and Richie Callander to really explain to all those a tad baffled about what G1X Racing actually DOES- and is about- in 140 Acquired words or less. Yes, they can Rap their answer. But they can’t get Jiggy with it and add Another Brick In The John Wall.