HORSE RACING: WHEN YOU’RE LOST IN THE RAIN

There’s a scene in “The Godfather 2” where Al Pacino as Michael Corleone is in Havana and laments how every time he tries to leave the family business, it keeps pulling him back in. Pacino spits the words out almost as if to say he hates what he’s doing, but it’s too late to turn back the hands of time, how all that water under the bridge has turned into quicksand, and what we’re watching is a drowning man trying to keep his head above water for as long as possible.

It’s a brilliant scene from one of the greatest films ever made about family, revenge, honour, betrayal, loyalty, and religion with all its hypocrisies, and a litany of doomed characters, some of whom survive, but only to lead desolate lives following decades dealing with trust issues.

But that line by Michael Corleone in Havana has always reminded me of horse racing- this sport that’s often a gamble, and how, once totally absorbed by it, one can either try to swim against the tide and carve a niche for one’s self as part of a long range career plan with a power base to build from, or else swim with the fishes and see how far it you get being one of the small players in a game of chance.

It’s about whether wanting to be Michael Corleone or Tom Hayden, but if fate has dealt you a bad hand, ending up like Fredo, or being Kay. Does she stay seeing what’s happening around her, or, despite her great love for Michael, decides to walk out, but always finds the time to light candles of forgiveness for him as the man- the innocent she loved and married- becomes the ruthless Don, and his family business takes priority over everything else.

A friend of mine in Oz often talks about how he is in the racing industry as he has no other options whereas, to him, I can stand on the periphery of the sport, and think whether to dive in head-first and sink or swim, or decide that the water is too deep, the long range forecast too gloomy, the characters too one dimensional, and so, all bets are off. I can stay with my great love for music and help reshape an industry in tatters.

Often, sometimes too often, those with a voice in racing, no matter how inconsequential they might be, talk about customers and “customer engagement”, and how this can be achieved. But do they have the power to make things happen- really happen- or are they only bit players in an ongoing horse opera with no roles of any significance?

From the outside looking in, watching the players involved in the sport, and those given executive mandates to accompany their executive titles, all make for compelling viewing into an industry that’s not altogether very complex and built around one very basic business premise: Get as many people as possible to bet by making them an offer they can’t refuse. Is this a good thing to do? More, is this a good thing for me to be doing?

I have wrestled with the guilt pangs of doing this, but came through to the other side of moral fibre by telling myself that every industry is about selling people what they might not think they want, but convincing them that they do by pointing out​ ​​​perception versus reality. And there are some huge misconceptions about the horse racing industry that have been allowed to run free for decades. Few have thought about ​​switching horses in mid-stream to get a different result. Instead, just let it ride and ride and ride. 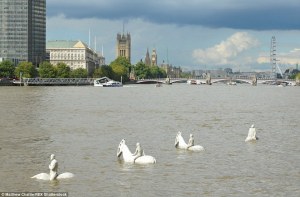 This is where bona fide marketing comes into play: Making the perceived unnecessary become necessary or, at least, look attractive and relevant. Is horse racing necessary? If this question can be answered with unswerving honesty and promoted outside of the often insular racing fraternity, there is hope.

The problem is that for all its talk of social media and “fan engagement”, there are few real new fans in for the long haul as those hires endorsed by Human Resources to bring the sport into 2015 are stuck inside of Mobile with the Memphis Blues again. It’s Human Resources going to the same well and dredging up another crop of racing people talking to other racing people and thinking this banality is going to attract a new generation of racing fans. Seriously? How? And with what? Where’s the offer they can’t refuse?

No matter how cracked the music industry might be today, it has Adele, Ed Sheeran, Taylor Swift, a new model Justin Bieber, Sam Smith- and the Grammys. And the Oscars. And Billboard magazine, charts, and various delivery platforms.

What does horse racing have in its portfolio, and how best will it utilise its assets? What needs to be added, so there is a calendar of high profile events not exclusive to the racing pages of a newspaper or the website of a racing club with its captive hardcore audience?

From the outside looking in, there are a handful- minus a few fingers- of exceptionally smart people in horse racing with the experience, the curiosity, and the vision to take the sport to its next port of call. It takes a lot to laugh, it takes a train to cry, and it takes, for example, an exceptional person to run an organisation as multi-tiered as the Hong Kong Jockey Club.

By the same token, wherever it might end up, being, one cannot ignore the efforts of Teo Ah Khing to take an idea and grow this into the China Horse Club with the backing of a “cavalcade of stars”. Add to this the creative team behind the consistently great work of France Galop, the entrepreneurship of the owner of Mongolian Khan and those from Team Mongolia- the Dagvadorj brothers- whose business interests are not confined to horse racing, but who can bring outside influences to help this sport they’re so passionate about grow. New business partners need horse racing’s hardware. This is what the sport needs, and those with the persuasive skills to- one more time with feeling- make them an offer they cannot refuse.

These are the visionaries and future of a sport still lost in the past. Each is a game changer. They have the power bases to move those chess pieces along- globally- and to compete on different playing fields to bring about change to a business model that in 2015 needs a massive makeover to compete with other sports. Competition is good for the soul and great for the sport. Thinking there’s no competition often means no challenges and which allows stagnation and delusion to seep and creep in. 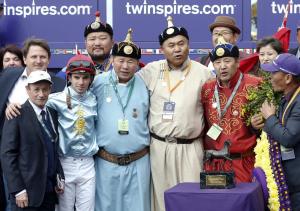 Of course, there’s a dark side to racing that some of us might have once hurtled ourselves into when knowing full-well of the consequences. Call it those self-destructive urges when things are going too well. Some either don’t come back from that abyss, or else return to fight another day whereas a number of us have watched marriages crumble, and also been bystanders watching good people leave us as we have been blinded by the light of a million lies carried by torchbearers one knew to be liars and cheats. Yet, somehow, those jugglers and clowns with their tricks took you down Rue Morgue Avenue… 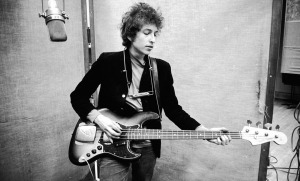 Again, like Michael Corleone, you might have tried to pull yourself out, but it- and “it” has many faces- kept pulling you back in. As Dylan sang, “when you were lost in Juarez, when it was Eastertime too- there were some hungry women, who sure made a mess outta you.”

As the saying goes, out of chaos comes clarity, and being able to come out of the dark and see things differently, but being acutely aware of the various pitfalls along the way, can only help understand “the customer”- and perhaps even understand yourself that bit better.

Racing and everything and everyone around it has certainly been a game changer and life changer to me on many different levels. Hopefully, from here, and with what I am trying to do for the sport, goalposts can be moved, and misconceptions about horse racing changed. These days, there’s no reason for wanting to pull out of racing. Instead, everything’s in place to enjoy the ride.

1 Response to HORSE RACING: WHEN YOU’RE LOST IN THE RAIN