By Keyser Soze in Australia

THE CHALLENGE OF THE HONG KONG INTERNATIONAL JOCKEYS CHALLENGE 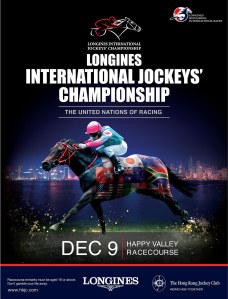 It’s the best Jockey Challenge in world racing.The defining feature of next Wednesday night’s Hong Kong International Jockey Competition is the outstanding five-star roster of the world’s best jockeys competing under lights at the racing velodrome that is Happy Valley.

The track is a match made in heaven for the Jockey Challenge. Its unique and hugely successful Happy Wednesday theme and matching demographic is the perfect fit. Ever been to a racing meeting in a city centre with as vibrant a live atmosphere for an international racing event?

A ticket to ride in the International Jockey Challenge is one of the most coveted for a Jockey in world racing. It’s the best against the best, and the financial rewards are compelling.

A best versus the best competition in any sport is no walk in the park. But the challenge of Happy Valley is something totally different and like no other. The tight amphitheatre track with its special nuances – like its almost continual turns, the climb up the rock in the back straight, its short home straight- test the skills of the best in the world. Make one small error of balance, rhythm, tactics and you’ve blown the chances of your mount.

And with the illuminated backdrop of a city that comes alive when the sun goes down, a beer garden that is much more than the consumption of the amber fluid, and an upmarket club venue in Adrenaline with a “house full” sign if you leave your run too late, its the perfect setting for one of Hong Kong racing’s showcase days.

Let’s also not forget the supporting card- and the riders involved. On Wednesday, the crowds were given an appetising starter to the main course to be served up on December 9th with a brilliant ride by local rider Vincent CY Ho to win on Born To Race while being reminded of the increasing popularity of in-demand jockey Karis Teetan aka The Mauritian Magician, who rode yet another winner.

Add to this, the hugely talented Zac Purton, and after three meetings on the sidelines through a suspension, we’re certain to see more magic from Joao Moreira whose entrée to Hong Kong racing was sealed when he represented Singapore in this event a few years ago- and won it. Who’s representing Singapore this year? One doubts there was an invitation.

On the subject of racing from Kranji in the Lion City, there’s a roaring silence surrounding the sport over there with the rumour mill toppling over that one might be seeing the Singapore Turf Club go down the same dodgy path of the infamous Macau Jockey Club. Still with Singapore, how long before trainer Michael Freedman pulls up stumps and returns to the land of Oz? #Winapore? More like #Swingabore. 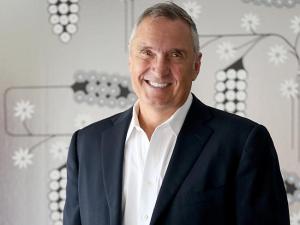 The greatest revenge of all is success, and we take great satisfaction in reporting that good guy Bruce Mann, the former head of the horribly dysfunctional TVN setup, and who wasted his time there fighting the enemy within until that house of cards collapsed, will soon be heading up an extremely well-known media company in Europe- and a million miles away from the often-petty politicised and fractured world of Australian racing.

For the past nine months, the main Mann- and we like him very much and always knew his tenure with horse racing would be short-lived as his talents lay elsewhere – has been chillin’ with Dylan and even found the time to back to his hobby of painting. And now he’s off to Europe, a completely new career path, and must be looking from afar with a wry smile at the petty politics still going on, the transparent and tedious penis envy wars between some of Oz racing’s self-styled gurus and visionaries, and a few new players making a song and dance and blowing their own trumpets in the name of shameless self-promotion about their new ventures after months in the wilderness playing Knick Knack Paddy Whack and trying to put some meat on the bone.

With no business models that makes any sense, the same old usual suspects at the helm, and cobbled together with big spending smoke and mirrors with talk of IPOs, these, too, will come undone and the old school shysters and fakirs revealed. In many businesses today, what you see is almost always not always what you get. Far from it.

In horse racing, these daft new schemes and dreams where the Mainland China carrot is often dangled as a passport to entering Robin Leach’s Lifestyles Of The Rich And Famous with some flim flam thrown in to make everything appear more tasty will make the Bill Vlahos and The Edge saga look like U2 sitting under the Joshua Tree singing Beautiful Day. Wait and see. 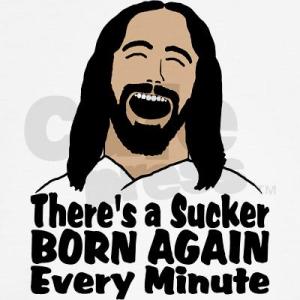 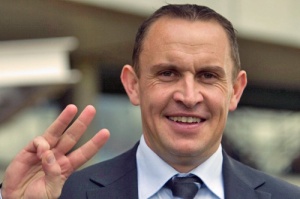 Whilst it might be a nil all draw between the powerful mining lobby and the Hunter Valley breeders in their almost never-ending battle over mining in Australian racing’s very own “Kentucky blue grass country”, the surprise intervention of Chris Waller into the debate is very difficult to fathom.

One could be easily forgiven in thinking that Chris Waller is some sort of latter day political activist- a rebel with a cause- in his public threat to upend his Sydney training operation and defect to Melbourne in protest if the Hunter was turned into an open cut mine.

The bad news for Chris and whoever offered him this poor advice and convinced him to be a poster boy for a cause, which will be all but lost in the long term, is that no one in the mining industry or the State ands Federal Government will take his threat seriously.

Can you blame them, possums? A racehorse trainer doubling up as a political activist and to be taken seriously by making a veiled threat which is hardly likely to be carried out? Puhleeese.

C’mon Chris, you should know better. Just stick to training racehorses, which you do bloody well, and leave the politics of racing and the political bidding to others who may be taken more seriously than yourself. And careful that you’re not being used as a pawn in a game where the players are Shylocks in neat suits and with Gordon Gekko smarts.

Jim Byrne’s protest last Sunday at the Sunshine Coast against the race winner on the grounds of the winning rider breaching the contentious whips rule demonstrates the unholy mess that  this whole issue has created in Australian racing and taken it into territory that racing just does not need to be taken into.

Byrne’s protest also shows that despite the Jockeys Association “spin” that racing’s little men and women are united in their cause célèbre, opportunism has and always has been engrained in the DNA of jockeys.

Fortunately for racing, the Queensland stewards panel gave the protest its deserving response and turfed it out. Imagine the fall out if it had been upheld?

Sadly for Australian racing, it had better get used to such protests for excessive use of the whip over and above the rules. And the upholding of such a protest is another unwanted headline waiting to happen in the dysfunctional state of Australian racing. And anyone believing that Jockeys are as one on the whips issue are as delusional as their Association believes the racing public is.