THE EVOLUTION AND REVOLUTION OF RACINGB*TCH‏

It seemed like a good idea at the time- and probably was and definitely still is: Produce an irreverent blog on the horse racing industry. This was when the web was in its infancy, MySpace was going to save the music industry, Facebook was only just starting to find its feet, Steve Jobs was still looking for one, and many of us were amazed by anyone who could actually get anything out there onto the online world. Those who had heard of Word Press and Google? Geniuses. Someone who knew a front end from a backend when it came to designing an actual website? Einstein. 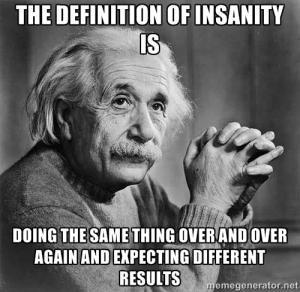 And so began Racingb*tch, modelled after the take-no-prisoners approach of the UK’s Popbitch and us wanting to quickly become the MTV of horse racing. Our first post – this was hatched after a few too many bottles of Merlot at the Champagne Bar of the Grand Hyatt hotel with considerable input from two now-retired jockeys – was a list of the Top Twenty Most Overrated Jockeys in the world.

Racingb*tch has travelled far since those days and has always been a free online delivery platform for racing fans, racing clubs plus being the stomping grounds for our considerable output of news and views that have introduced the racing world to a seemingly never-ending stream of characters- Toffee Tongue, the Plodder, Saint V’lundies, Peter The Not So Great, the Groveller, our lovely mate Shane O, the messiah, the Sycophant, the Hobbit, the Zac Attack, Rubber Lips, the Moody Blues etc. And let’s not forget the various veiled and not-so-veiled threats received over the years for being Icarus and flying too close to the sun to get to the truth. Often, we felt like Batman stranded in Gotham City without a cloak and tights and only Arthur and Martha for company.

Times change, and with the media landscape constantly evolving, RB has, along the way, introduced racing, lifestyle, and music to each other through our Fasttrack site and the HKJC’s Happy Wednesday brand.

Now, with new business partners on board, RB’s expansion plans are already well under way to include the creation, production and ownership of original content marketed on all the new online platforms available today.

We are working with media partners very much outside of racing to bring the sport to an even wider audience and are moving into the areas of sponsorship, merchandising, the creation of different racing apps, themed venues and partnerships with broadcasters wishing to carry another side of horse racing.

As we move forward in offering what racing so desperately needs — a more young and lifestyle view of the sport — Racingb*tch will become so much more biting it will need a new leash. Let’s start with a new logo. 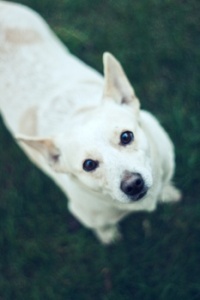 The RB blog will always remain the mothership with its trademark bite of irreverence and home truths. But there’s a brave new world out there aside from twittering about horses and races. It’s lonely out in space, Rocket Man, especially when irrelevance comes into play.

With new additions to the team- more writers- English and Chinese- more creativity, and accepting advertising for the first time- but not just any advertiser- we’ll not only be part of this new world, we plan to help build it. And rebuild the one that’s coming apart at the seams.

Horse racing has been in the dog house for much too long without an arf arf and a woof woof to its name.

It’s time to close the door on that dog house and open the doors to all the opportunities waiting out there for horse racing by looking beyond the obvious and being more curiouser and curiouser than Alice.

1 Response to THE EVOLUTION AND REVOLUTION OF RACINGB*TCH‏