THE OF MICE AND MEN AND WHIPS AND DINOSAURS ISSUE

JOCKEYS WELCOME THE AGE OF THE DINOSAUR

It would be mission impossible for even the best spin doctor in the world to have masked the massive dummy spit by the jockeys and their Association Executive Des O’Keefe over Racing Australia’s decision to give them the two finger salute over the contentious changes to the whips rules which come into play on December 1.

Last Saturday’s race meetings throughout Australia, according to media reports, were the venue for Jockeys and interested Trainers to vent their frustration and pass a series of toughly worded motions finger pointing Racing Australia’s communications process as a source of frustration and anger throughout the racing industry – put bluntly, as the root of all evil in Australian racing.

It would be naïve to believe that Racing Australia’s policies, processes and procedures pass any sort of litmus test for “consultation”. And in relation to the use of whips, Racing Australia and its predecessor- the Australian Racing Board- have failed to develop and implement a strategy to educate the community as to why whips are used in racing- a community, which. in this day and age, is focussed more on animal welfare issues than on the outrageous acts of cruelty that members of the human race inflict on each other.

Yes, just last weekend, we witnessed, first-hand, the hypocrisy of a society that packed out Melbourne’s Etihad Stadium and paid a premium ticket price to watch two female American mixed martial arts fighters Ronda Rousy and Henny Holm kick and punch the hell out of each other across every part of their bodies including the head and sending Rousy to the nearest hospital for treatment to head and facial injuries.

That said, the Jockeys Association strategy on the contentious changes to the whips rules smacks of duplicity. 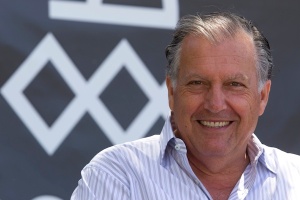 Interestingly, the Racing Australia response points the trigger squarely at the Victorians and their governing body, Racing Victoria, for presenting a discussion paper for reforming the whips rules. Could the reform paper have had something to do with jockeys’ compliance with the whips rules and their ability to circumvent them? So why has the Jockeys Association and their chief head kicker Des O’Keefe not turned some of his infantrymen on Racing Victoria?

Further, the whips issue- and changes to the rules-were first incorporated into the rules of racing in 2009. Messara is absolutely spot on when he states that, “Racing is accountable for the highest standards of animal welfare in line with community standards. Community standards require a new regime of whip usage which is tailored towards horsemanship rather than punishment”.

No stakeholder or member of the racing community can walk away from the reality of social change. Sadly, the Jockeys Association appears to be Neanderthal in its approach to this issue as are their supporters in the ranks of trainers and owners. Their heads are collectively buried in the sand and will continue to be if they persist in living in a state of denial. And we don’t mean the river in Egypt. Racing is challenged and threatened on all fronts by its inability and failure to modernize and embrace change in a constructive and proactive manner.

Racing has failed abysmally on so many fronts to reach out and educate the community on a raft of fundamental issues relating to equine welfare and integrity that it is now paying a very high price with its image severely damaged. The stakeholders must share culpability for where racing finds itself in the 21st century.

What, if anything, has the Jockeys Association done since 2009 or prior in explaining to the electorate at large why, what is perceived these days as an instrument of punishment, is such an essential and critical part of their racing armoury? Would it not be incumbent of them, given their belligerent responses in recent times, to have been proactive themselves and help generate awareness and change community perceptions?

The reality is that many of the “smart” jockeys have already, or are already, adapting their riding styles to accommodate the changes. Damien Oliver is a striking example. Yet, quite clearly, many members of Des O’Keefe’s flock are either incapable of adapting to change or just want to use the whip as it used to be used in an era where horses returning to scale with welt marks on their skins were a high pass mark for a jockey’s ability to get the best out of a horse in a race. Thankfully, society has matured and demanded better accountability from racing on issues such as this.

The whips issue is the tip of a very big equine welfare iceberg. The well-organized, articulate and high profile animal welfare lobby has already won the community over on the whips issue. To question this would be to further indicate that the Jockeys Association is not only in denial- again, not the river in Egypt- but living in the past.

It is not only feasible, but increasingly a reality that within the next decade whips in racing will be a distant memory. It is precisely the reason why jockeys trained out of South Africa and the jockey roster in Hong Kong and in many jurisdictions in Europe concentrate on horsemanship- on using the strength of their bodies, and, in particular, their upper body strength to successfully coax the best out of their mounts. Watch legendary South African rider Douglas Whyte, for example. Earth to Steward Rob Montgomery: Watching?

Australia, and its Jockeys Association, in particular, are behind the eight ball. Way behind. And to make such a public issue out of a battle that is already lost demonstrates that the old adage “If I can’t win I won’t play” is alive and well in racing.

The VRC has done it again. For the third consecutive year, its iconic Melbourne Cup Carnival has been named the winner of the Major Festivals and Events category of the Victorian Tourism Awards. Its hat-trick has seen the Melbourne Cup carnival being inducted into the Victorian Tourism Hall of Fame, no mean feat considering bleak city’s reputation as Australia’s sporting event capital.

The Award criteria includes its role in attracting interstate and overseas visitors to Victoria, the significant economic impacts for the State and the promotion of Victoria and Australia to the world.

This economic impact cannot be overstated. Even with the dismal weather at this year’s carnival, over 315,000 people attended the four race days, and the atmosphere at Flemington is like no other racing or sporting event.

It’s not just racing or tourism which needs the Melbourne Cup Carnival. The whole city and its populace come alive for the event and for the weeks preceding it. The Award and its impact on the economy must not be lost on Governments – State and Federal- in ensuring racing is given a voice at the table when its seeks Government help or intervention.

TABCORP/TATTS MERGER STILL ON THE TABLE…

Despite reports to the contrary, the reported breakdown in negotiations on a merger between Australia’s pari-mutuel wagering giants Tabcorp and the Tattersalls group, the fat lady has not even warmed her tonsils up.

Both parties are under siege from the private corporate bookmaking sector, which continues to carve an increasing slice of the lucrative Australian wagering pie at the expense of both Tabcorp and Tatts, who appear impotent in their response to the challenge. (Hell. Tabcorp can’t even fix their dreadful Telebet service which seems to be manned by a team of two and a half)

Merging their wagering operations would be the last throw of the dice for both companies who would need to energize their ailing and outdated business models, introduce new products and marketing strategies and incentivize the existing pool of punters and capture the “newbies” who are a telling factor in the growth of the corporates.

Both Tabcorp and Tattersalls have been on notice for a considerable period of time as to their stagnant business model and continue to take their eroding customer base for granted. To make matters worse, their industry partners have been equally inept and passive in driving better outcomes for racing and for the partnerships themselves.

We were absolutely devastated to see that we have been blocked from entering the twittering domain of that lovely man Shane-O “Many congratulations” Anderson, the Woodward and Bernstein and Walter Cronkite of all things racing.

Frankly. what even made us think of Le Grande Pontificator of Oz racing was being told that some horribly nasty people were dumping on Shane-O, and simply wanted to see whether all was fine in his twitterverse. As what happens on Twitter can never be hidden- and being the Galloping Gourmet of racing’s social media hub, Shane-O must know this- what was forwarded to us were some twittering between the dear boy and others about the track condition at Benalla, animal welfare, a bloke named “Smart Alec”, and “world peace” accompanied by the sounds of furious back-pedalling.

Far more importantly, why has Shane-O built this Great Divide between himself and us? Perhaps he was having a bad hair day? Perhaps it was him thinking we don’t take his genius seriously enough? Perish the thought! Perhaps it’s us not believing that we should die on the cross in the name of horse racing?

Whatever the case, these next few days will be tough. The odds are that we’ll stay awake at night crying out, “Come back, Shane-O!” Don’t lock us out!” But, alas, it looks like the darling boy has thrown a wobbly and taken his balls and gone home. And our world will be just that little bit more lonely for this as we listen to Adele and think back to what once was and when we were rolling in the deep and he’d had us at Hello.

On this note, we shed a widdle tear as thoughts of Graham Kerr galloping around the foothills of cheese fondue flood our heads like a bad acid trip on the Fourth of July.