WHO IS ROB MONTGOMERY?

We’ve never heard of him, and it’s doubtful if others have, but apparently Rob Montgomery is a senior member of the Victorian stewards panel. Perhaps he doesn’t know that himself, if his comments last Monday on RSN are any indication.

Commenting on the spate of suspensions and fines issued to jockeys in the aftermath of last Sunday’s final day of the Melbourne Cup Carnival, Montgomery clearly was speaking through his derriere. The subject was Chad Schofield’s six meeting suspension and $2000 fine for excessive use of the whip on He or She in the Group One Emirates Stakes. In Hong Kong, where he is currently based, the suspension will rule him out of action for one Happy Valley race meeting.

Montgomery’s comments on Schofield’s use of the whip and suspension, drawing comparisons to riding styles in Hong Kong and Australia, were factually incorrect and not what you would expect would attribute to buffoons who clearly had not done their homework and accustomed to blurting out the first thought bubble that entered their bubbled-out cranium.

If you believed Rob Montgomery’s comparisons, it is open season for whip use by Jockeys riding in Hong Kong. Schofield’s transgression of the rules, Montgomery claimed, might have resulted from a difficulty adjusting to the stringent rules relating to the use of the whip down under.

What an absolute wheelie bin full of putrid garbage- and an insult to Hong Kong racing, it’s world class jockey roster, and to the stewards panel headed by Kim Kelly and Steve Railton, two Australian stewards, who are not only world class stewards, but have also earned a reputation to match.

The reality is that the world class jockeys who ride in Hong Kong, are not “whip happy”, like the majority of their Australian counterparts who ride down under. Watch the great Douglas Whyte, Gerald Mosse, Joao Moreira, even Australia’s own Zac Purton, and for that matter Neil Callan, Brett Prebble (another expat Aussie), Richard Fourie and Karis Teetan.

These are horsemen reliant on their upper body strength, whose balance is par excellence, and who are totally in sync with their mounts and get the best out of them with a minimum reliance on the whip. Ditto with some of the greats riding in Europe. The South Africans have perfected the use of their upper body strength which they have brought to Hong Kong over several decades since they started demonstrating their unique and gifted riding skills in Hong Kong. Perhaps The Robster should watch this video? Whip? What whip? Only the genius of Douglas Whyte.

To make an even greater farce of Montgomery’s ill judged and baseless comments, he would only need to look in his own backyard and study the wonderfully successful riding style of one of Australia’s best jockeys- Damien Oliver, who has forged the best of the skills of the European, South African and Australian horsemen into a complete package. But that may be beyond Rob Montgomery’s skills.

It would surprise greatly if Victorian Chief Steward Terry Bailey has not given Montgomery the “death stare” over his ill-judged, ill-tempered and insensitive remarks. He would have reminded Montgomery that the Hong Kong Jockey Club- and Montgomery’s employer Racing Victoria- have over the past year sent their Chief Stewards over to officiate at each other’s premier racing carnival, with Terry Bailey joining the Hong Kong panel for last year’s International Day race meeting and Kim Kelly in Melbourne last week for the Spring Racing Carnival.

Montgomery’s comments might well have sparked off a “diplomatic” incident between the two racing jurisdictions. We hope not. One thing is for certain: There would be very long odds about Rob Montgomery officiating at Shatin or Happy Valley. Then again, who IS Rob Montgomery?

WHIPPED INTO A FRENZY

This year’s Melbourne Cup carnival will always be remembered for Michelle Payne’s achievements. Far more than being the first female jockey in the 155 year history to ride the winner of this amazing race, it has taken racing into places in the Australian community where racing has never been to before.

With racing under siege like never before on all integrity and equine welfare fronts, there cannot be enough Black Caviar, Makybe Diva and Michelle Payne moments, to navigate racing through the murky waters that racing so capably pollutes by its own hand.

The spate of fines dished out to jockeys by Victorian stewards over the Melbourne Cup carnival, and since the spring carnival began, is yet another telling example of an industry that is not only capable of inflicting major damage to its image and brand, but one that by choice sits back and allows well-organized minority groups to hijack an argument and prosecute a self-serving agenda which seeks to destroy what little respect there is in the community for horse racing.

Led by Racing Australia and with the active collusion of the State governing bodies, racing has completely lost ownership of the equine welfare debate. Racing Australia’s predecessor, the Australian Racing Board, played Emperor Nero while Rome was alight. They did bugger all to get on the front foot and engage with the animal welfare activist groups and, much more importantly, the community and communicate the wonderful narrative that is racing. Nor the many unheralded equine welfare initiatives that have been undertaken right across the racing community.

If a poll was to be conducted across the community on equine welfare issues, and specifically on its number one culprit – the use of whips on horses, the result would be overwhelming, if not close to unanimous that the whip is an instrument of extreme cruelty which inflicts varying degrees of pain to horses.

Tellingly, it would be almost impossible to find a Jockey, Trainer, Owner, Track Rider, Administrator, Punter – hell, anyone in racing- that is able to articulate a cohesive, cogent and convincing argument as to how racing would be worse off without the whip.

Yes, there are the familiar lines about getting the best out of horses in a finish, safety reasons and other “usual suspects”, but the reality is that racing has failed to articulate and defend what has become demonized as a sinister weapon of cruelty.

Both Racing Australia and the Governing Bodies are guilty as charged in their indecent haste to undergo rabid knee jerk reaction to the baseless and provocative claims and campaigns cleverly waged by extreme activist groups,. Racing lives in fear of the animal welfare activists and has never had a proactive or responsive counter strategy.

Once again another stark reminder of how racing is so adept at thrashing its own image.

WHEN HOPE TURNS TO DESPAIR 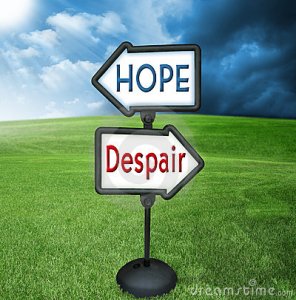 It would be a gross understatement to opine that the Victorian father and son training partnership of Lee and Shannon Hope is in deep trouble after a guilty verdict was delivered on their cobalt positives by the Victorian Racing and Appeals Board. It’s now a question of how long the father and son team will be out of racing for, with the minimum three year disqualification penalty hanging over their heads, like an executioner’s sword.

Whilst media reports suggest that the penalties may not be the same for the two, there is no doubt that they will be at the harsher end of the scale and that the Board has drawn a line in the sand in placing the onus fairly and squarely, on the charged parties to prove that they did not administer cobalt to their horses. The Board has clearly chosen the evidence of expert scientific evidence debunking the claims that even excessively elevated cobalt levels could have been the result of an accumulation of the substance contained in therapeutic veterinary treatments.

The guilty findings and penalties when announced will send further shock waves through the racing industry already reeling from the Darren Smith and Sam Kavanagh cases. They will also send a clear and unequivocal message to everyone in racing that a hard line zero tolerance policy and approach to the use of prohibited substances is very much in play. 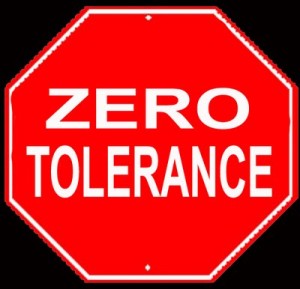 Tax Parity legislation has finally been introduced into the NSW State Parliament to inject an additional $235 million into the NSW racing industry over the next five years, with an extra $90 million per year after that, to achieve parity with Victoria in 2020. Significantly, Racing Minister and Deputy Premier Troy Grant has prioritized track infrastructure and the needs of the provincial and country sector for significant spending and refreshingly distanced himself from the flawed Racing NSW mantra of throwing bucket loads of money at the elites who monopolize Sydney metropolitan racing at the expense of the long and appallingly neglected provincial and country sectors which are training and racing on surfaces and facilities that belong to half a century ago.

The familiar colours of Pan Sutong’s Goldin Farms will be worn aboard one of his first starters in Australia on Saturday at Sandown, when Sweet Varden, a two year old debutant filly and daughter of top class miler Jimmy Choux, and half sister to a Group One winner Herculean Prince lines up in the opening race for trainer Tony McEvoy. Goldin Farm is stands Pan Sutong’s champion middle distance racehorse Akeed Mofeed, a multiple Hong Kong Group One winning son of Dubawi, one of the hottest sire lines in the world today. 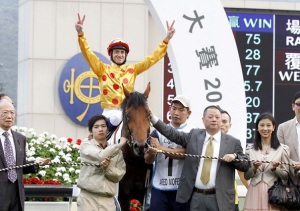