By our correspondents in Australia 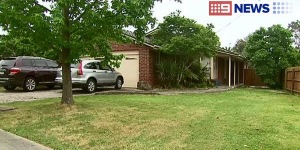 The brazen and cowardly attempt to intimidate, silence and hurt Victorian Chief Steward Terry Bailey must rightly be seen outside the confines of the racing industry, a view correctly articulated in an editorial in the Melbourne Fairfax Daily – The Age.

Describing the six shots which shattered the calm of the Bailey household and the neighbourhood in suburban Melbourne last Sunday night, as “an outrageous attack on an institution of governance that aims to keep the industry fair”, but also “an attack on our community”, the Age editorial laid bare what so many in the racing community have feared for a long time – the infiltration and influence of organized crime in the Australian racing industry.

It rankles increasingly and beyond belief to hear and read of these dangerous, ruthless and venomous criminal low lives who continue to corrupt and criminalize the industry as “colourful racing personalities”. It’s like glamourizing vermin. 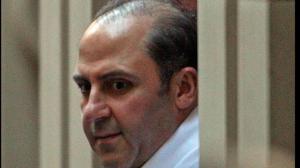 Too often, and in recent times, the coverage of the drug positives in the print and electronic media is ample proof, has given cylinder loads of oxygen to the cheats and face fixers, portraying them as the victims of an uncompromising hard line approach to integrity by Terry Bailey and his team. The coverage by the usual populist driven suspects in the racing media has sought, oh so very subtly, to question the enforcement processes of the rules of racing by the Integrity team, eliciting the expected social media responses by racing’s growing underclass of sub-intellects.

Sadly, for racing and for the increasingly brave efforts of administrators to purge the industry of such unwanted cheats, criminal and unwanted scum, some of the self-styled “respected” names in racing spend much of their productive and unproductive time engaging in meaningless exchanges through social media, stoking and undermining the growing challenge to maintain integrity in racing.

The biggest threat to Australian racing, as has been stated repeatedly, is from within. It is bad enough that racing has cheats and criminals within every participant group – jockeys, trainers, owners, punters, veterinarians, stable staff, bookmakers, and even among its administrative layer.

What has been witnessed, first hand, recently in both Sydney and Melbourne is only the tip of a very large iceberg of insidious and entrenched sub-culture of corruption and criminality involving the use of illegal performance enhancing drugs linked to race fixing outcomes. Add to that the almost weekly exhibition of some very dubious riding by experienced jockeys that should and do know better.

What makes it a mission impossible task for the Integrity units headed by Terry Bailey and Ray Murrihy and their interstate counterparts is the abhorrent misuse of the Australian ethos of “Mateship” to protect the cheats and the reprehensible miscreants in racing. The cheats know that Bailey and Murrihy are on to them. They know who they are and, increasingly, the pillars of corruption and cheating are being exposed. They don’t like it, and come out swinging blaming administrators, stewards, stakeholder representatives for their woes.

The strength of the racing community’s response is best encapsulated by the full page advertisements taken out in Melbourne’s two daily newspapers – The Age and Herald Sun and paid for by 40 of the biggest names in racehorse ownership in Australia, affirming their support and confidence in Terry Bailey and the Integrity team.

Thankfully, the events of Sunday night have not been described as some type of random standover act to threaten and intimidate those that enforce the rules of racing and purge the industry of its criminality. The gunshots at Terry Bailey’s family home were a calculated attack that could have gone horribly wrong. If it doesn’t send a strong message to the “do gooders” who continue to pay lip service to the integrity of racing with their pathetic and endless posturing and questioning of the work of the Integrity units in racing, then racing is in dire straits.

Racing has long been and continues to be one of the safest and effective avenues for laundering the proceeds of organized crime and, particularly, through the lucrative manufacturing and distribution of drugs.

The nexus between gangsters and organized crime figures on the one hand, and jockeys, trainers, owners, stable staff, veterinarians and the like is well known, not only to the Integrity units and racing administrators, but to law enforcement agencies themselves.

The serial offenders, who regularly defy the rules of racing and then offer up excruciatingly banal excuses for doping horses on race day or for pulling up horses should be shown NO MERCY. Their present or past records should count for nothing.

The strong response from the racing community and its outrage at the attack on Terry Bailey contrasts with yet another pathetically embarrassing slip up by Racing Victoria CEO Bernard Saundry, aka “the plodder”. In an interview on the increasingly irrelevant dead people’s radio station RSN by his interviewer of choice – dear ShaneO Anderson, who, it must be said has a “good head” for radio and precious little else to offer, Saundry described the shooting incident as a “glitch”. Whaaaaaah???

Yes, the CEO of Australia biggest governing body, not only booked himself an express ticket to his own inevitable demise, but then proceeded to offer up a rambling and inappropriate response about Racing Victoria’s strong financial performance over the past year and how racing fans were being “engaged” in the sport like never before.

Equally pathetically, darling ShaneO provided free rein to “the plodder” to peddle his puerile attempt to distract from the most brazen attack on Racing witnessed in this country since the twelfth of never. And, as Johnny Mathis observed in song, that’s a long, long time.

Saundry’s “glitch” did not escape The Australian’s Patrick Smith who took the editorial sledgehammer out of the tool shed and gave the hapless “plodder” the almighty whack he so desperately deserved. “We might be watching the first Australian sport to be glitched into irrelevancy”, Smith opined. And later, calling for a national integrity commission for all sports, Smith had the last word on “the plodder”: “A national integrity commission is needed urgently. And one that does not deal in glitches”!

Racing’s well-founded reputation as a reactive sport was convincingly demonstrated yet again on one of its feature spring carnival race days – the Cox Plate at Melbourne’s amphitheatre-like track Moonee Valley last Saturday.

It is stating the obvious that racing is in strife – diabolically with attendances, and equally with the way racing chooses to present and showcase itself to a community that, unlike racing, has moved on and forward to a brave new 21st century world. It’s called, Progress.

The alarm bells have been ringing loudly and repeatedly for racing for some considerable time, but typically, Racing, and specifically the decision makers, bunker up with their ear muffs on and, cruelly, the industry and its passionate advocates are left wondering why a sport which evokes such passion is left to fend for itself like a motherless child.

Moonee Valley, like Caulfield the week before, confirmed the uphill task that administrators face in getting the turnstiles clicking. Caulfield Cup Day and Cox Plate day are no longer on the radar of racegoers and non-racegoers alike. No longer are they de rigueur. The reasons are many.

Cost is always a factor, particularly in spring with the smorgasbord of feature race days – but let’s not forget that it has not prevented patronage of similar carnivals and feature racing events across the UK, where they successfully co-exist and are enjoying a surging revival of interest.

Racing in Australia struggles for reasons inextricably linked with its ability to turn undermining itself into an art form. We witnessed the fiasco on Caulfield Cup day with the attempt by the Melbourne Racing Club Chairman Iron Mike Symons to “ban” Fairfax racing journalist Pat Bartley from the course. And, of course, the pathetically embarrassing “glitch” interview on RSN with “the plodder” Bernard Saundry. It goes on and on and on. Could you imagine Cricket Australia CEO James Sutherland or AFL head honcho Gillon McLachlan embarrassing their sports on a similar scale?

And then we have our frown-ridden, angst riddled multi-media personality Shaneo Anderson aka, apparently, “The Tongue”. The Manikato Stakes was on Friday night, the Cox Plate on Saturday and Shaneo, on his excruciating 90 minute gabfest on Monday morning interviewing his favourite trainer Wayne “FONC” Hawkes and Hughie Bowman, asking the same questions, going over the same ground about two races, which were literally last week’s news. And this from a self-styled expert who bangs on incessantly (and tediously) about “fan engagement” and greets successful trainers and jockeys with the same tired and boring “many congratulations”. Sorry, we’re starting to laugh. It’s all so Basil Fawlty. 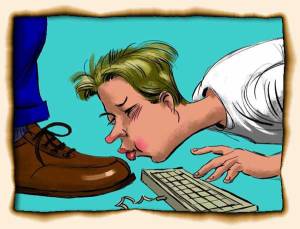 Watching Shaneo on Channel 78 is increasingly becoming a complete turnoff. He looks and comes across as someone who just has not taken to the television medium. His furrowed brow and narky persona are reminiscent of many a “door bitch” at a members only club or a ticket or badge checker at the SCG or MCG.

In contrast, his colleagues Jason Richardson, Clint Hutchinson, and new recruit Campbell Brown, an ex-AFL footballer and racehorse owner, are a breath of fresh. They even look to be enjoying themselves and their roles.

Racing, with its endless cesspool of parasites with their snouts firmly in the trough, is its own worst enemy. It is clueless in understanding the demographic and generational divide which it continues to pursue so unsuccessfully. It can even preach to its own converted congregation. And then, digging itself another deeper hole, we have its administrators and media personalities to contend with.

Is it any wonder that racing is a downhill skier?

Take a bow Shane Dye. “Billy Idol” stole the show with his special guest role on Channel 78 on Cox Plate day. Incisive and Insightful , “Billy’s” commentary was compellingly professional. He is a natural and his knowledge and delivery was outstanding. Encore, Shane/Billy! Time for another White Wedding.

The curse of small fields continue to embarrass Sydney racing. Just 55 acceptors were paid up before scratchings for Wednesdays’ seven race card at Canterbury.

For how much longer can Racing NSW be allowed to preside over this farce? And for how much longer can Sydneysiders be forced to turn to their despised neighbours in Victoria for field sizes that actually reach double figures for exotic bets? Pete? Pete? Okay, don’t talk with your mouth full. And with your hands full slaying all kinds of imagined dungeons and dragons. 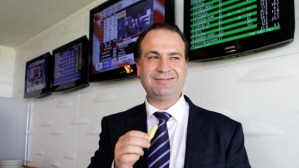 What an absolutely breathtaking performance.

Lots of chatter about John O’Shea’s strike rate in Melbourne. Surely, the flood gates will break this Saturday on Derby day with his big team of runners? It has to. On the same subject, why isn’t Joao Moreira riding any of the Godolphin runners at Flemington this Saturday? Frankly, why isn’t a drawcard like The Magic Man riding ANYTHING at Flemington?

Could riding second stringers and no-hopers for Godolphin before being unceremoniously jocked off Complacement by the Sheikhy boss have turned off other trainers from using his services? Add to all this that Zac Purton is said to have been asked to take over on these second stringers and no hopers. He wisely declined.