BRINGING THE WORLD OF RACING TOGETHER: LONGINES HKIR

The guide below was written before hearing the news of the absolutely vile, brazen, despicable act of some thug- let’s please stop calling these gangsters “colourful characters” and glamourising scumbags- walking up and shooting at the home of Racing Victoria Chief Steward Terry Bailey. This incident is not only extremely disturbing, but when family is involved, it affects us all. It makes us think about the welfare of others, worry for their safety and peace of mind, and makes us think of our own priorities.

This appalling act of cowardice and malice should not go unpunished, nor should it be fobbed off as a “glitch”, nor cast a pall over a sport that’s meant to bring people together and be a fun experience. The Melbourne Cup will go on and be the exciting race it always is. The race will continue to stop a nation and help erase the memory of this heinous crime though what has happened is still very raw. Racing has no place for gangland-type hits, and whoever was behind this shooting will be caught, will be exposed and the law will take care of the rest. Enough is enough and enough of these “colourful characters” infiltrating a sport we love.

Looking at December and Longines Hong Kong International Week, let’s make it a celebration of racing and one giant party for however long we want it to last with no politics and zero tolerance for those trying to wreak havoc on the sport.

As Tom Petty sang, We Won’t Back Down. We’re stronger than ever, and there’s too much light for there to be darkness.

We look at Hong Kong as one of the safest cities in the world, and during HKIR Week, we invite the world- racing and non-racing- to party like it’s 1999 in 2015 and celebrate all the positive aspects of horse racing at the greatest show on turf.

With Longines Hong Kong International Races Week just a shout away- can anyone else hear Sir Mick singing “Gimme Shelter”?- it might make sense to focus on the international flavours of Hong Kong, namely the cuisine. And gawd knows what the city doesn’t lack are all those international buffets at every hotel in town. More on this later and the art of building pagodas of food at these buffets, but let’s start off with Italian cuisine. 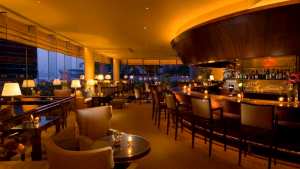 We have two favourites for very different reasons: Nicholini’s at the Conrad Hotel where it’s real five-star dining and a lot of fou fou attention aka fawning one expects for the prices of a lunch or dinner here, and there’s the more down-to earth charm of Da Domenico. 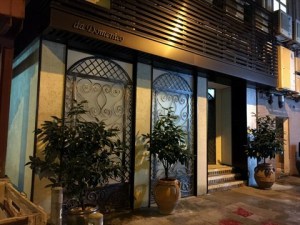 Though playing hide and seek with those trying to find the restaurant for the first time, Da Domenico has an extremely loyal customer base, and is particularly popular with the horse racing fraternity.

Apart from one well-known jockey who has been barred from the premises for almost a decade after a slight “misdemeanour” at its previous location- he apparently poured beer down the back of the restaurant’s owner after dismantling its toilet following a particularly long lunch- almost every other expat rider and trainer frequents the establishment. The food is your typical home-made Italian fare comprising only the daily specials. Available are a selection of Italian wines, the service comes without the frills and fawning- and then there’s owner Alessandro- extremely Italian and a passionate follower of Hong Kong racing. He has his firm favourites- Brett Prebble, John Moore. Zac Purton, Vincent Ho and Gerald Mosse- and those he discards along with the leftovers. A discussion with Alessandro during dessert can take many twists and turns with only the very brave, or the very stupid, trying to change his mind. The blinkers are firmly on, he has his own stats to back up his thinking, and so, apart from dinner, Da Domenico offers you a unique horse opera. The food is almost secondary.

Traveling next to France, what should be pointed out is that the new places to dine are now in Kennedy Town and Sheung Wan. Restaurants in Lan Kwai Fong and Soho have become largely passé. New in Hong Kong is always better and Kennedy Town, with easy access these days via the Mass Transit Railway (MTR) is the new Go To area for dining.

Naming “the best” in French cuisine is very subjective, but, apart from Caprice at the Four Seasons with its two Michelin Stars and a personal favourite in the extremely unpretentious and casual Cocotte, where the Dover Sole Meunière is the best fish dish in Hong Kong, there are a number of restaurants in Kennedy Town worth checking out- Bistro du Vin (very unpretentious home cooking), Bistronomique and Collection De Vignobles. If in Tsimshatsui over on Kowloon side, recommended is La Saison de Jacques Barnachon, which is not as fou fou as it sounds.

Going Japanese doesn’t necessarily mean playing the name game and meeting Mr Arigato at Nobu or Zuma though, with their prices, you can’t go wrong. IFC has the highly acclaimed Inagaku, and if you wish to splurge, either of these restaurants or Kaetsu at the Grand Hyatt are excellent. But you could be dining in London or New York or LA.

We’d rather go “Japanese local” and dine at the far less well-known Etsu Sushi, Youka, Kushiyaki Beco, the excellent Nan Tei in Happy Valley with its chicken stuffed mushrooms and foie gras and Ginkgo nuts mixed with udon, whereas our new rave Japanese restaurant is the low-key and intimate Sushi Kado with its very loyal group of customers and the best sushi and sashimi dishes we have tasted.

For a very pleasant detour, there’s Nagomi in Happy Valley. The restaurant might have only four tables and is Zen-like in its sparse atmosphere, but we love this place, especially for a quiet lunch meeting over fresh sashimi, brilliant sushi rolls and their hallmark dish Katsudon with its piping hot runny egg and crispy pork katsu.

Turning left at this point of our travels, the Lobster Bar at the Island Shangrila is said to be the 500th Most Popular Bar in the world- and perhaps this honour bestowed on it has also made its door staff revel in rudeness and simply put, a bad attitude.

Frankly, fighting the arrogance of one person at the door to get in and then finding yourself against wall-to-wall armpits in the bar area, and a very average menu in its restaurant, where one of those typical lounge singers murder some of today’s popular hits is an evening that’s an utter waste of time where you’re left thinking, “Why, Lord, what possessed me to waste three hours of my time here?”

If making the hotel rounds, try the daily Indian Curry Buffet at the Conrad. It’s authentic and it’s excellent value for money.

Life is one big buffet in Hong Kong where many have acquired great skills in attacking buffet tables and piling up their plates with noodles, curries, sushi, sashimi, oysters, lobster and steaks plus dessert so that it looks like a pagoda of over-indulgence and a testament to greed. But, hey, it’s uniquely Hong Kong. So is having high tea at the Peninsula Hotel, something hard to understand. Thinking back to colonial Hong Kong surrounded by pretentious people with their heads up their bums and unable to see or face reality is a strange way to spend one’s afternoon.

On the subject of colonial days, there is the pukka Captain’s Bar at the Mandarin Oriental. It’s the place where time has stood still and where one doesn’t need a sixth sense to see dead people and ghosts from the past.

Once a great meeting place for the racing crowd, the place is as young and vibrant as walking into the equally stodgy Hong Kong Club, the Hong Kong Cricket Club, the Hong Kong Football Club, the Foreign Correspondents Club or any of those other relics from when dinosaurs ruled the earth and Mad Dogs and Englishmen came out in the noonday sun with their pith helmets and gummy boots and spoke with plums in their mouths.

But this is Hong Kong- hardly perfect and a city of contrasts where, as Joni Mitchell sang, you can see both sides now, and everything in the middle. Take a walk on the wild side with Lou Reed, or connect your feet to the sunny side of the street while taking in the best racing in the world along with everything else this city offers.

See you at the races in December. And let’s celebrate all the good things the sport has given and continues to gives us.