Recently, the Indiana Racing Commission Executive Director, Joe Gorajec, was fired after 25 years of service to the State. One primary reason given by Indiana Racing Chairman Thomas Weatherwax for Gorajec’s dismissal: he spent too much time regulating horse racing and protecting the sport’s integrity and did not give enough attention to marketing.

Weatherwax went on to say that breeding in the state has dropped by more than 50% over previous years to just 1,200 mares in 2015 and that Gorajec needed to be more focussed on the promoting the economic development of the Indiana equine industry. Instead, he was primarily focussed on testing and regulation, and given economic realities, the Commission “needed to go in another direction.”

Very well known in the industry, even on a national level, Gorajec has both supporters and detractors. Supporters say that he has been doing an exceptional job doing what he is meant to do as Executive Director of a State regulatory body, which is to regulate and make sure all participants under the Commission’s governance adhere to the rules. Detractors believe that those in power, such as Gorajec, should be using their authority to do everything possible to market the sport because regulators have an important role in terms of state level economic development. 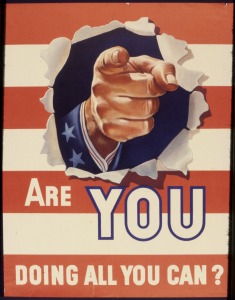 After he was fired, Gorajec posted an opinion piece in the Paulick Report, one of the largest US racing sites (published by Ray Paulick former Editor of The Bloodhorse). In the preface to this article, the publisher noted that Gorajec had been barred from publishing this commentary while he served as Executive Director. This was because Gorajec came out in favour of the Bar-Tonko Bill which, as he stated, “places the United States Anti Doping Agency (USADA) in a position to do virtually overnight what the racing industry has been incapable of doing over decades – mandate uniformity in drug testing, procedures and penalties.”

Both sides of the “Gorajec debate” have taken to various sites online to discuss with varying levels of civility. Both Ray Paulick, and others of note, such as Barry Irwin, founder of Team Valour Syndicate, breeder of 2011 Kentucky Derby and 2013 Dubai World Cup winner Animal Kingdom, now owned by and standing at Darley, have come out publicly as supporters of Gorajec. What else is a regulator meant to be doing but regulating? They ask. Many others agree with them.

Paulick suggests that Gorajec was so good at his job that he probably stepped on some toes of people higher up the state government food chain.

“Reasonable people do not treat a nationally honored and respected racing legend like Joe Gorajec with the contempt displayed by these commissioners,” Irwin said in a Paulick Report op-ed.

Irwin further remarked that the State of Indiana, its racing commission, and racetrack operators were now headed down a “slippery slope” where “integrity takes a back seat to an increase in participation of horsemen that will return to ply their trade in a jurisdiction in which the chief law enforcement officer has been kicked out of office for being too tough on crime.”

His comments were echoed by others. Former Congresswoman, Jill Long, wrote an opinion piece in the Journal Gazette where she commented, “Any ethicist worth his or her salt will tell you good promoters do not make good regulators.”

Whatever one’s opinion of the specifics of the Indiana situation, it seems kind of hard to believe “marketing” can now be a central activity of the same government agency. Saying this is not in any way meant as a personal jibe at any of the Commissioners or anyone else who says they want to market horse racing. Everyone involved in the sport should want horse racing to be marketed — it is the only way to grow the fan base and make sure the sport has a future.

However, marketing — understanding the basics of the 4 Ps and how these should form the basis of how the sport is presented to consumers and potential fans — is often so far away from what gets produced be it print or anything else that it’s sort of funny to read that marketing is what Gorajec had failed to do during his loyal 25 years of public service, and is now something the Racing Commission will be doing going forward. 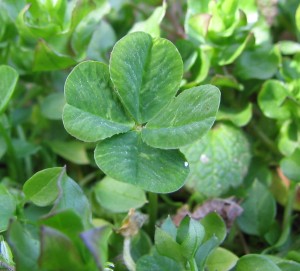 Two questions that really need to be asked and answered are, What’s the difference between marketing and promotion? Why do racing people think they know how best to market their own sport? One could go on asking these questions but the point is clear: there seems to be a disconnect between what marketing actually is and what most racing organizations think they are doing when they say they are do it.

What seems strangest of all is that all of the elements are there to market and grow the sport and, indeed, in several jurisdictions around the world, there is much successful marketing going on. And, there are so many wonderful, bright and very knowledgeable people in the business of horse racing everywhere, but it seems as though politics and personalities sometimes get in the way of doing what everyone says they want, which is to grow the sport.

It’s telling, for example, that someone as knowledgeable, experienced, and successful as Barry Irwin would comment after Gorajec’s firing, that, if the Indiana Racing Commission “want to push marketing, they can hire an additional person to handle that task,” as if marketing is the last thing in a long list of “tasks” required to be fulfilled. Really? And this when the sport has virtually ignored a generation and not really marketed itself for decades. Thankfully, Irwin did say they should “put up some real funding as well” but still . . .

Understanding existing and potential customer segments and offering them products that they want at prices they will pay in places they will come to (whether “bricks and mortar” or virtual), and promoting all in ways that will acquire and retain these customers long term are what the sport needs. Or to put it another way, racing needs professional marketing teams, either from outside the industry or autonomous units within racing organizations, with clearly delineated roles, who understand the industry and the client(s) and know how to do marketing research, briefs, etc., and who are working with one or more professional Creative Director(s), all collaborating to common goals, and all funded according to marketing industry standards. Seen in this context, expecting an Executive Director of a State Racing Commission to take on this “marketing” role or hiring “an additional person to handle that task” seems a bit ridiculous. 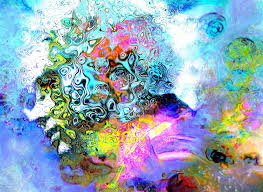 One of the best comments in all these discussions basically asked why not just use the Japanese model? In Japan, each aspect of racing has its own special unit (which are stand-a-alone, one stop shops) who collaborate under the Japan Racing Association umbrella so that marketers do marketing and regulators uphold integrity and so on. Moreover, an enormous amount of time and resources have been put into understanding the various customer segments in Japan so that the organization, with each of its autonomous units from the marketing arm to the regulator arm, knows what their roles are, who the existing and potential or “sleeping” customers are and what needs to be done to acquire and retain them.

And who can argue with Japan’s numbers? Thousands of on-site spectators, billions of dollars of turnover, and fans so dedicated they book tours to follow their favourite horses racing in other countries. 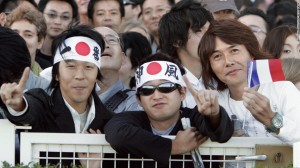 Of course, there will be those who may say that things are different in Japan: there are more fans, there are more horse lovers, or worse, “Asians love to gamble,” which is more than a little racist, and just one of those completely dead end kind of answers. “Things” are different for horse racing in countries like Japan, it’s true, but that’s because serious efforts have been made to truly work together to attain a different outcome.