THE GAGGED AND MUZZLED MRC ISSUE

By our correspondents in Australia

It had all the ingredients necessary to make it a super day for the Melbourne Racing Club (MRC) hosting its jewel in the crown – the Caulfield Cup, one of Australia’s best distance races and the middle leg of the “big three” spring carnival features. But it turned out to be a dark day for the Club and for its Chairman Mike Symons.

The inexcusable, illogical, irrational, inflammatory, hare brained decision to impose a “ban” on Fairfax racing media journalist Patrick Bartley was a moment of stupidity – a decision which would have been par for the course in Robert Mugabe’s Zimbabwe, Assad’s Syria, Putin’s Russia – come to think of it, any country where freedom of the press is fiction and dissent is rewarded with a public stoning in the city square or in a mounting yard nearby.

Bartley’s “crime” was that he dared to be critical, not once, but on several occasions over a period of time at decisions made by the MRC and its Chairman, and according, to the MRC, their attempts to break bread with Bartley were ignored. But, instead of making simple direct contact with the Fairfax hierarchy or the editor of The Age and arranging for a face-to-face catch-up to resolve whatever needed to be resolved, the MRC chose to flex its muscles and single out the dissenting voice and pen of Bartley as the recipient of its own draconian sanctions.

Apart from needlessly undermining its own signature race day, the MRC, from what has been reported, did not even have the balls to call Bartley and inform him that he was no longer welcome at Caulfield. That was left to a media officer from Racing Victoria, which, in itself, raises the question as to why Racing Victoria played the role of messenger to convey such a mindlessly dumb and unbelievably stupid decision.

Hardly what would have been expected of a Chairman who made such a song and dance about losing half his rotund body mass to make a cameo earlier this year in a race at the UK’s famous jumps festival at Cheltenham, an act of extreme bravery for a person who has never confronted one of the world’s most testing jumps courses. And if Symons wasn’t prepared to deliver the message, why wasn’t his Chief Executive Brodie Arnold delegated the role? A bit of the urban cowboy lurking somewhere, in or out of the saddle.

Things understandably went downhill for the MRC and Symons, with the on course racing media pack threatening to down tools and refuse to cover one of the most important race meetings of the racing season in Victoria unless the ban on Bartley was rescinded. Yes, an outbreak of unity among the media hounds was about to happen! But it did not end there with Racing Minister Martin Pakula forced to intervene and remind the MRC and its “urban cowboy” Chairman that Caulfield Racecourse was on crown land, and as such, lacked the power to impose or enforce the ban.

How much more embarrassing can it get for the MRC on its one day in the sun?

For a Race Club that presents and spins as a modern day, new age sports institution, sensitive to and in sync with the generation coming through, someone must have forgotten to give Mike Symons, his joined at the umbilical cord Chief Executive Brodie Arnold, and Committee, a simple primary school classroom tutorial on basic human rights and freedom of speech. Or maybe they did, and in the style associated with despots, the rule of law and fundamental freedoms were directed to the nearest freeway bypass sign.

It’s symptomatic of the all too familiar contemptuous behaviour of executives and management across all forms of business where ludicrously illogical decisions are made and the passage of time used as insulation for the long term pain and brand damage that such decisions inflict on people and institutions. It’s a tried and tested tactic used in politics – make the unpopular decisions early in a term and they’ll be forgotten or forgiven when the next election comes around.

From all the hype about Mike Symons – cast in the role of the “next big thing” to descend on Melbourne Racing- this moment of stupidity has opened a Pandora’s box full of questions about his judgment and fitness to continue in the role as Chairman of Melbourne’s second biggest race club.

Perhaps it is the valid and well founded criticism of many of the recent decisions by the MRC, ranging from the criticisms levelled at the preparation of the Caulfield track to the ludicrous scheduling of the feature race (Caulfield Cup and Caulfield Guineas) as the second last race on the program, that tipped Symons over the edge. Or maybe it is the declining attendances that the MRC is experiencing for their feature carnival meetings, with the Caulfield Cup attracting no more than 30,000 through the gates?Their feature Blue Diamond race meeting earlier in the year continues to struggle with attendances.

For Symons and his Committee, the planets just don’t seem to be aligning. The quality of the Caulfield Cup field was acknowledged as one of the best for many years, Caulfield Guineas day has been and still is one of the best day’s racing in Australia, the Blue Diamond race day features a crackerjack program. Yet there’s no traction.

The MRC could do well to take a leaf out of the VRC’s book and focus on marketing their carnival. They can also consider rejigging some of their feature races, increasing the prize money and selling the pants off these races to international competition.

The Melbourne spring racing carnival is increasingly attracting international horses for some of the support races, but it’s only a tip in a very large iceberg. The MRC could do far worse than to assert some leadership and internationalize some of their Group One features with increased prize money to incentivize international participation and “sell” them globally. Why couldn’t their Toorak Handicap, Rupert Clarke Stakes, Caulfield Stakes and the like complement the VRC features and even the Moonee Valley features and form part of a package of options for international participation? Would this not be more productive than spending one’s waking hours spitting the dummy over a journalist who dared to disagree and challenge convention or unconventional and unpopular decisions?

Thankfully members of the ‘fourth estate” are no licensed persons. If they were, then imagine how much worse off Australian racing would be. No, it would not be a pretty sight watching the racing media around racetracks with muzzles added to their facial gear would it?

IS THIS THE END FOR PROTECTIONIST?

The fall from grace in the space of a calendar year by last year’s Melbourne Cup winner Protectionist is one of the distressing stories of Australian racing in recent times. Protectionist’s win in last year’s Melbourne Cup was devastating – one of the most dominant for many years, and was yet another reminder of the high quality of German bred stayers. It was also the culmination of a carefully crafted training and racing program by one of Germany’s highly respected trainers Andreas Wohler. 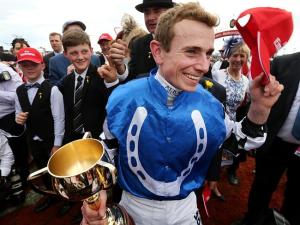 But that was where the champagne corks stopped popping for Protectionist and his connections – the successful NSW based syndication company Australian Bloodstock company. The decision to transfer Protectionist to an Australian trainer and give him an “Aussie style” preparation raised many eyebrows. Here was an outstanding young European stayer who had obviously thrived on a traditional European training regime and had been successful at the highest level, given a short spell and then an Australian training and racing preparation in the Autumn in both Melbourne and Sydney – a preparation which drew blanks on the scoreboard. Another spell and it was time to get ready for a crack at back to back Melbourne Cups.

It all went terribly pear shaped when Protectionist ran down the track in last week’s Caulfield Cup and was diagnosed with s serious leg injury. Searching for reasons, the usual suspects reared their ugly heads.

The finger was pointed at the firm Australian tracks, but of course no one from the Protectionist camp had the courage to admit that they made a grave error in not following the lead of the connections of Americain and Dunaden and returning Protectionist home to Germany, back to Andreas Wohler’s stable to be prepared for a title defence.

Interestingly, Australian Bloodstock’s principal Luke Murrell hinted that should Protectionist recover from his injury, they may consider sending him back to Germany to be trained. That should have been the chosen path in the first instance.

WILL VLUNDIES GRAB IT BY THE SHORT AND CURLIES?

Now that the NRL is again without a Chief Executive, the spotlight has once more turned on Racing NSW Chief Executive Peter Vlundies. Will he throw his hat in the ring or will he wait for the call from the NRL Board? 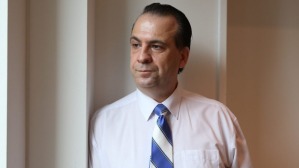 One thing for certain is that tight Vlundies, who does not discriminate in his choice of opponent to go head to head with, is probably the ideal candidate for the controversy driven code. After all, it’s still in recovery mode after being short changed in their media rights deal with the Nine Network compared with their arch rival code the AFL who managed a billion dollar plus deal with Seven for their media rights. If tight Vlundies were to move to the NRL, it would be a win for NSW racing and for the NRL.

Not content with creating their own unwanted distraction over the attempted ban on Fairfax racing media journalist Pat Bartley, the Melbourne Racing Club is still banging on about making the Caulfield Cup a penalty free race for the Melbourne Cup, a call which must be rejected. It’s a bit rich coming from the MRC who kept telling anyone who would listen how last week’s Caulfield Cup field was the best ever. 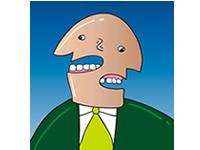 RUMPOLE OF THE BAILEY

The controversy over the riding instructions given to Zac Purton by the connections of Fame Game continues. Rather than pointing the finger at Zac Purton, Terry Bailey and his stewards panel should be putting the blow torch to the connections for asking Purton to plot a path through the crowded capacity field. As Purton rightly put it to Bailey, he would have needed to hitch a ride in a helicopter to leap frog the traffic.

Bailey’s comments that he expected the same tactics to be given to Helicopter Purton for the Melbourne Cup also drew howls off sarcasm with one wag posing the question: “And what would they do if Purton rode the horse entirely differently and won the race? Would they take the cup off him?”

2 Responses to THE GAGGED AND MUZZLED MRC ISSUE