A friend from Melbourne who’s counting down the days before touching down in Hong Kong for International Races week was asking where people go to these days. This was after being painted a rather bleak picture of Wanchai today- an area at odds with itself and rampant with business battles for control. Recently in a series of takeovers which some say is tied up with money laundering, clubs have opened and closed faster than a venus fly trap on crack. 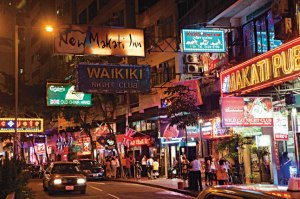 For example, Spicy Fingers, where it was not uncommon to see Jenny Chapman, cut loose from the paddock, burn up the dance floor, and Amigo Clint spreading brotherly love at the bar, has closed down. Dusk Till Dawn is the only show in town and bursting with stragglers trying to get in and others trying to get out. The club has the best covers bands in town and is always good fun to take in after a certain amount of liquid gold. 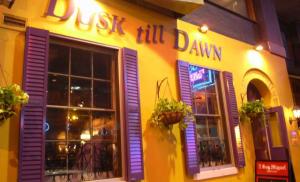 Down the road is the open cattle market that is Escape, where there are jokers to the right of you, clowns to the left, and you’re stuck somewhere in the middle of Manila, Jakarta, Hanoi and Colombia with the occasional Queen Mary from Gambia making his presence felt. It’s all a bit David Lynchian whereas if one wishes to be in a Makati mosh pit of the young, old, desperate, and the restless, there’s Amazonia with its covers band where a fat Filipino tries to channel Axl Rose. It’s visually and musically grotesque. 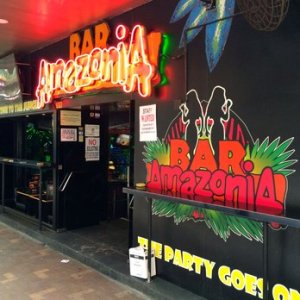 Forget HK Cafe, which, after a flying start has quickly emptied out. Drunk expats dancing by themselves in front of the enthusiastic but musically bereft all-girl Filipina band was too weird and sad to take in- while the club Rio, with its carefully placed teaser squad, is just an expensive waste of time.

The one place recommended would be late night club Players, where, with its curtains and darkened windows, one can lose all sense of time. And senses. 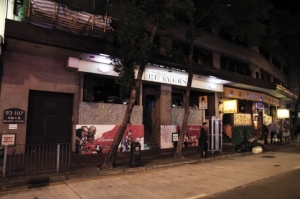 This joint only starts up at around 4am and it can get outta hand when some Lotharios try to be territorial. But the Nepalese bouncers don’t tolerate any crap. If in any trouble, ask for Mike. Iron Mike rules the place and has been seen lifting unruly rugby players- and a few visiting jockeys- off the ground and throwing them down the stairs- and where his Nepalese brothers finish off the job. It’s balletic in a kinda Tarantino Reservoir Dogs Day Morning.

Mike is a great guy to know for many reasons. Get to know him, and he will point you in the right direction and ensure that no one bothers you and that you’re never ever ripped off. What’s interesting is that Mike’s tentacles reach all the way to Melbourne. And this sounds bloody ridiculous, but if you wish for some takeaway- of the food variety- Players has some very good grilled chicken burgers. As the place is open until around 10am and it’s not the least bit unusual to walk out of the place when many are heading to work, taking two chicken burgers with you along with whatever else you can carry isn’t as silly as it might sound.

To WA race caller Darren McCauley who was recently talking about a tour group from Kalgoorlie coming to town for the International Races, and how they will “wake up sleepy old Hong Kong”, well, Players could throw these bad boys, bad boys, whatcha gonna do, a bit of a curve ball.

After waking up and telling yourself you’ll never ever go to Players again in this lifetime, and trying to piece together the night for day before, you decide to take things easy, and treat yourself to some Uptown Funk.

Recommended: Mott 32, open for lunch and dinner, to many, this is the best restaurant for Cantonese cuisine and which is served in brilliant creatively designed surroundings. 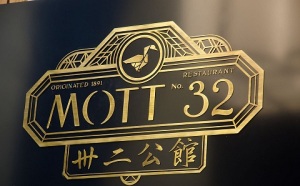 In fact, the designer is the same person responsible for the fabulous Hay Market at Shatin Racecourse.

Speak to trainer Caspar Fownes, who knows a thing or two about Cantonese food- you should hear him order dishes in fluent, letter-perfect Cantonese- and he’ll have no hesitation recommending Mott 32 for dim sum and the best Char Siu Fan- barbecued pork and rice. 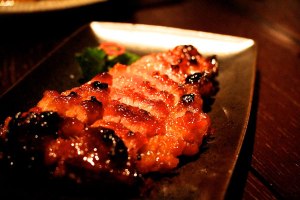 After lunch, chill out at either the Mo Bar at the Landmark, where you can do a bit of upmarket shopping if so inclined, or head for the Blue Bar at the Four Seasons where, at around 5pm, it looks and sounds like the meeting place for the United Nations of wheeling and dealing. 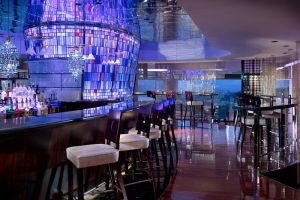 The droning on about deals and the levels of pretentious bullshit reached can envelope you like a murder of crows, so if starting to hyperventilate and suffer from an anxiety attack, run out screaming, grab a cab and head to The Brew House in Lan Kwai Fong.

If a Thursday, singer-guitarist Jay, who plays with the excellent band at Adrenaline- he’s the best Rock guitarist in town and sits in on Mondays with the house band at the nearby Hard Rock Cafe- performs a few acoustic sets.

The crowd is a good mix of regulars and expats- and, for some reason, pilots- and it’s not surprising to see several people who really shouldn’t sing in public suddenly decide that they’re the Eagles or Maroon 5 or the Stones, get up onstage and shatter the night air. It’s all good fun, and there’s a huge selection of grub food- burgers, pizzas etc- to wolf down.

Since you’re already in the middle of Lan Kwai Fong, join the sea of people trying to find themselves, or else head to The Brickhouse where you might run into Helicopter Purton and Donkey Callan and their spouses jabbering on. Join in and jabber on.

Later, walk uphill and you’re in Soho. Check out Guru or Sahara- ask for my Egyptian bro Dodi- for a drink and a puff from a Shisha pipe.

There are always some interesting people sitting out there doing the same thing, so who knows what the night holds? It could mean hooking up with a cabin crew from Lufthansa and a late night round of daiquiris at the well-hidden Feather Boa.

Now being well-lubricated, there’s always the chance you might wish to introduce your new friends to the circus at Players that you remember so well from the night before. And so the madness starts again. Remember when at Players to ask for Mike.

3 Responses to A HARD DAY’S NIGHT DURING HKIR WEEK…